At  a middle eastern restaurant in South Minneapolis , The Somali American young man moved to my table set down with his plate, start eating and a conversation,  he asked me in a soft tone,
_ Ahmed Tharwat.. You are Ahmed Tharwat
_.. yes .. I’m ..
_ I read your articles at the StarTribune .. im your facebook friend too.
_ aha.. thanks .. appreciate it, please keep reading
_ .. but I’m a Republican
_ a Republican.. !!!!
_ I don’t trust DFL anymore…they lie to us,
_ do you trust Republicans
_ at least, … they are more honest.. they tell you: We don’t like you, we don’t want you…but they leave alone. I can deal with that.

Why am I risking to sound like Thomas Friedman cab driver writing style, however this may explain the latest filth coming out from Trump’s tweeting potty mouth.

“So interesting to see ‘Progressive’ Democrat Congresswomen, who originally came from countries whose governments are a complete and total catastrophe, the worst, most corrupt and inept anywhere in the world,” Mr. Trump wrote on Twitter, “now loudly and viciously telling the people of the United States, the greatest and most powerful Nation on earth, how our government is to be run.” His racist filth and white nationalist KKKlanish comments about the four progressive democrats, who are colored and women! Triggered a knee jerk avalanche of  24/7 media reaction, and headlines:  racists,  the outrages;  appalling, horrendous, repugnant, for the Times, “Trump Fans the Flames of a Racial Fire” as if Trump was in a racism summer camp!! why everybody is acting surprised, is the way media and white closet racist deal with Trump oratory outbursts, the outspoken racist is exposing everybody, he is taking off the mask of us all, he is putting an ugly face on the ugly America, the asshole was elected by millions of Americans knowing that he is racist, alleged rapist, liar, criminal, and not only he enjoys grabbing women from the pussy,  but he is a pervert who would date his own daughter if he wasn’t married.  Why do we liberals act surprise, that guy has been doing this for years even before he stained the stained (Clinton) white house. As the Atlantic reported in an article titled “The Oral History of Trump’s Bigotry”  “… Trump has assembled a long record of comment on issues involving African Americans as well as Mexicans, Hispanics more broadly, Native Americans, Muslims, Jews, immigrants, women, and people with disabilities. His statements have been reflected in his behavior—from public acts (placing ads calling for the execution of five young black and Latino men accused of rape, who were later shown to be innocent) to private preferences (“When Donald and Ivana came to the casino, the bosses would order all the black people off the floor,” a former employee of Trump’s Castle, in Atlantic City, New Jersey, told a writer for The New Yorker).” The racist never hide his racist DNA, Trump is now the ugly face of America that has been ugly all along, the difference is , as the Times explained, “When it comes to race, Mr. Trump plays with fire like no other president in a century. While others who occupied the White House at times skirted close to or even over the line, finding ways to appeal to the resentments of white Americans with subtle and not-so-subtle appeals, none of them in modern times fanned the flames as overtly, relentlessly and even eagerly as Mr. Trump.” America almost never came to term with its own ugly past, racism, slavery,  enequilty, xenophobia, not  facing white nationalism heads on, the issue is rather to manage it, So if you are depressed and fearful that Trump’s  white christian nationalist  racists are ruining your american ideal, don’t worry, it has always been terrible! Lincoln, wanted to manage slavery not to ended, stayed years even after the defeat of the segregated Jim Crew south, as editorial board of the Times, expaliend “Presidents are not saints, and in a country with such a troubled racial history, even the greatest leaders have fallen short of promoting the principle that all people are created equal. Abraham Lincoln contended for years that the best way to deal with the legacy of slavery would be to ship African-Americans to a colony in Africa or Central America. Woodrow Wilson was an unapologetic racist whose administration expelled black workers from important jobs and infused the federal government with the spirit of white supremacy. Lyndon B. Johnson. In his first two decades in Congress, Johnson opposed every civil rights bill to come his way. Trump’s racism is condoned by a republican party and supported by millions of Americans, when a reporter asked Trump : “Does it concern you that many people saw that tweet as racist and that white nationalist groups are finding common cause with you on that point?”

Trump: “It doesn’t concern me because many people agree with me.” we should take his word for it. As Alan  Macleod explained in TruthDig: “Corporate media are funded by the same sources that fund both parties and broadly share the same ideology, hence the reluctance to critique them. By refusing to position them on the political scale, or falsely identifying them as left of center, they are attempting to close the Overton window and prevent a leftward shift in US politics. “
The Ayatollahs of the democratic party, from Clinton, Obama to now Pelosi , Schumer, and Biden like to manage ugly America from the center, while Trump puts an ugly face on the ugly things in America, inequity, racism, xenophobia, Islamophobia,  endless wars, Democrats try to put a smiley face on them. Obama, the Nobel peace prize winner was engaged in more than ½ dozen wars, dropped more bombs on colors people overseas, deported more refugees, and shifted more wealth to the 1%. Trump took off the mask, no pretense anymore, exposing everyone, politicians and system.  If Trump puts refugees in concentration camps, Pelosi wants not to stop it and ended them, she just wants a more manageable ones. The 2020 election, we won’t have Russian collusion, but I’m afraid the collusion will be with  American racists. 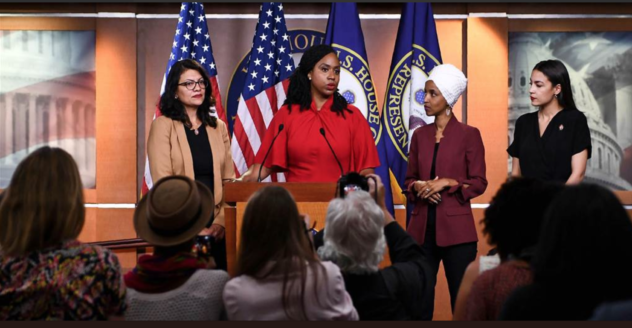 Working on a film documentary , The Coptic Grave