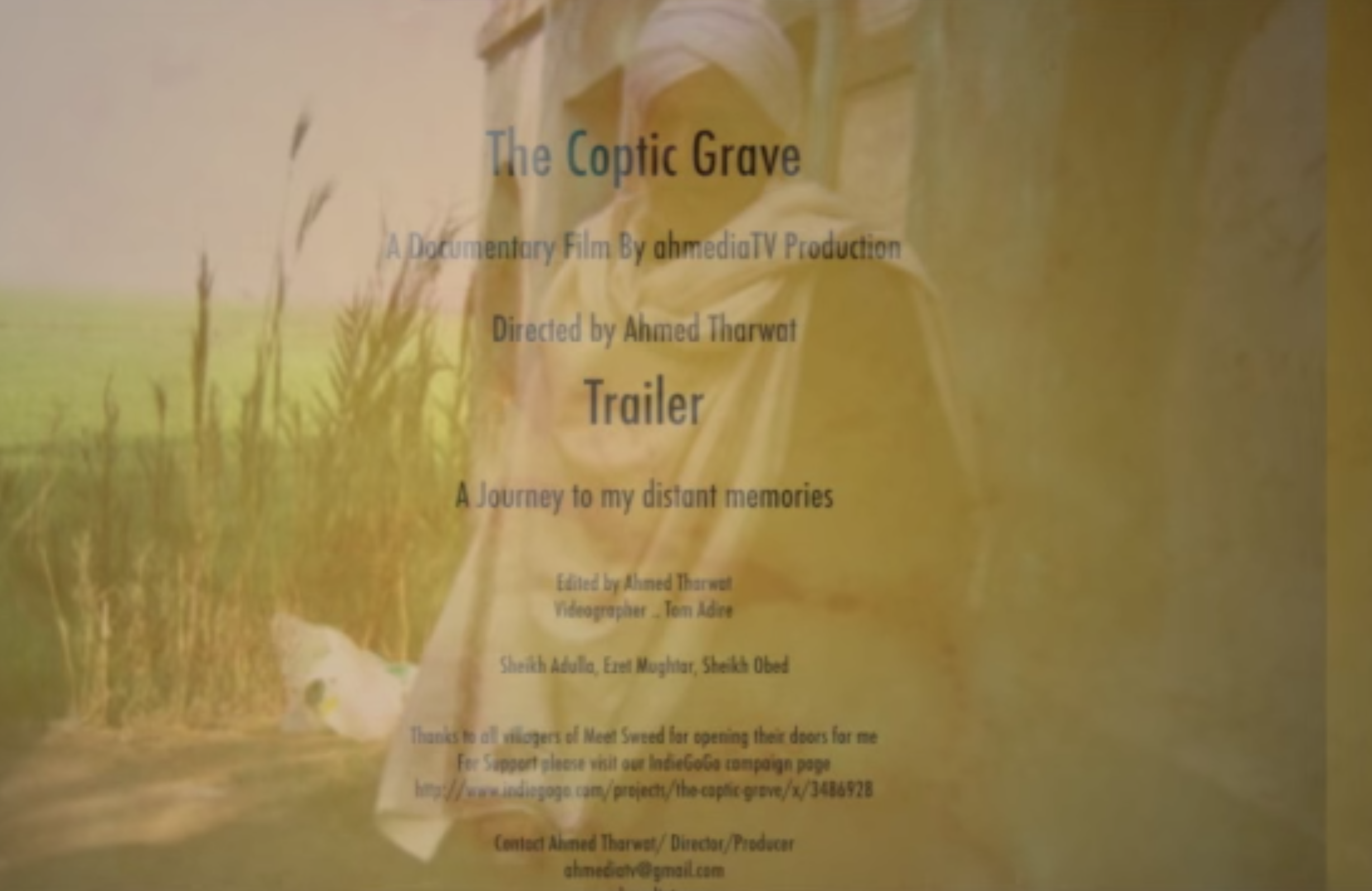 THE COPTIC GRAVE
The Story of Kyriakos The Coptic Man
Buried in My family’s Cemetery! A Film Document.

This documentary took over 10 years, Egypt had two revolutions and four presidents,
three constitutions, One Massacre, and one nephew in prison!
Three brothers passed away, Emad, Sickh Obed, and Abdelnasser

The challenge of telling our story in the US is getting progressively more difficult.  For years I have been focusing on bringing to the American people real stories human stories about immigrants and hyphenated Americans… , but my voice and the collective voice of the Arab community is being lost in our current environment of racism and bigotry.  The only loud   Arab/Muslim voices that we hear about or that are commented on in the news are the ugly ones, the voice of dictators and terrorists.. .  American people are consistently exposed to negative stories of Arabs and Muslims. Now we need your support to tell a different story  .

The Beginning It was a nice cool summer afternoon in my small village in Egypt. As was my ritual when visiting, I was taking a walk through the alfalfa field to the distant village cemetery, and on this occasion I found the name “Kyriakos” inscribed on one of the graves in my family cemetery and “died 1962” on the stone. The name is a Christian name, so I wondered how he ended up in my family cemetery. Christian and Muslims can live together, but when they die, they are separated by graves and cemeteries. Against all religious tradition, the story of this Coptic grave reveals a promise made by my uncle to his Christian neighbor and friend “Kiryakous”. “We lived together and we will die together,” he said. Through this simple family story, the film will reveal the relationship between Muslims and Christians in life and in death.

This documentary film is inspired by the story of Kuriakose, a Coptic Egyptian who had lived in my predominantly Muslim village for years.   The documentary will follow the life of this minority Christian family and explore the trail of the man and his life and death that ended in the Muslim cemetery. His story will be intercut with flashbacks from my own past and present as a minority Muslim living in the US, visiting the same places, talking to people there.  As these two stories are woven together a new story will emerge – the story of those who lived in this peaceful rural Egyptian village of 1,000 people.

Now Please help us finish the story..and share it

Please help me finish my short film documentary, “The Coptic Grave” a story of a Christian who was buried in the Muslim cemetery 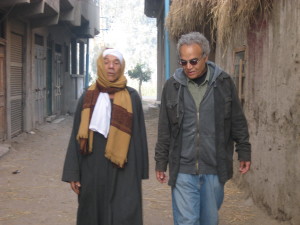 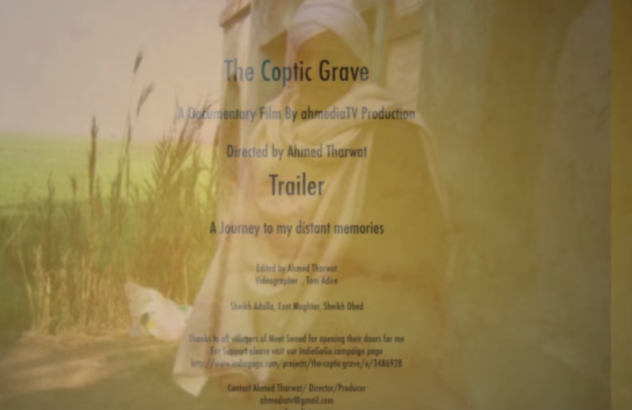 Please help us finish the film documentary, I have been working on the Coptic Grave for more than 10 years, it survived, two revolutions, 4 presidents, a military coup, a pandemic, and 3 of my brother passed away (not from Covid) … the story of Kyriakos needs to be told.. ! we are almost there… please donate any supprt would help.. 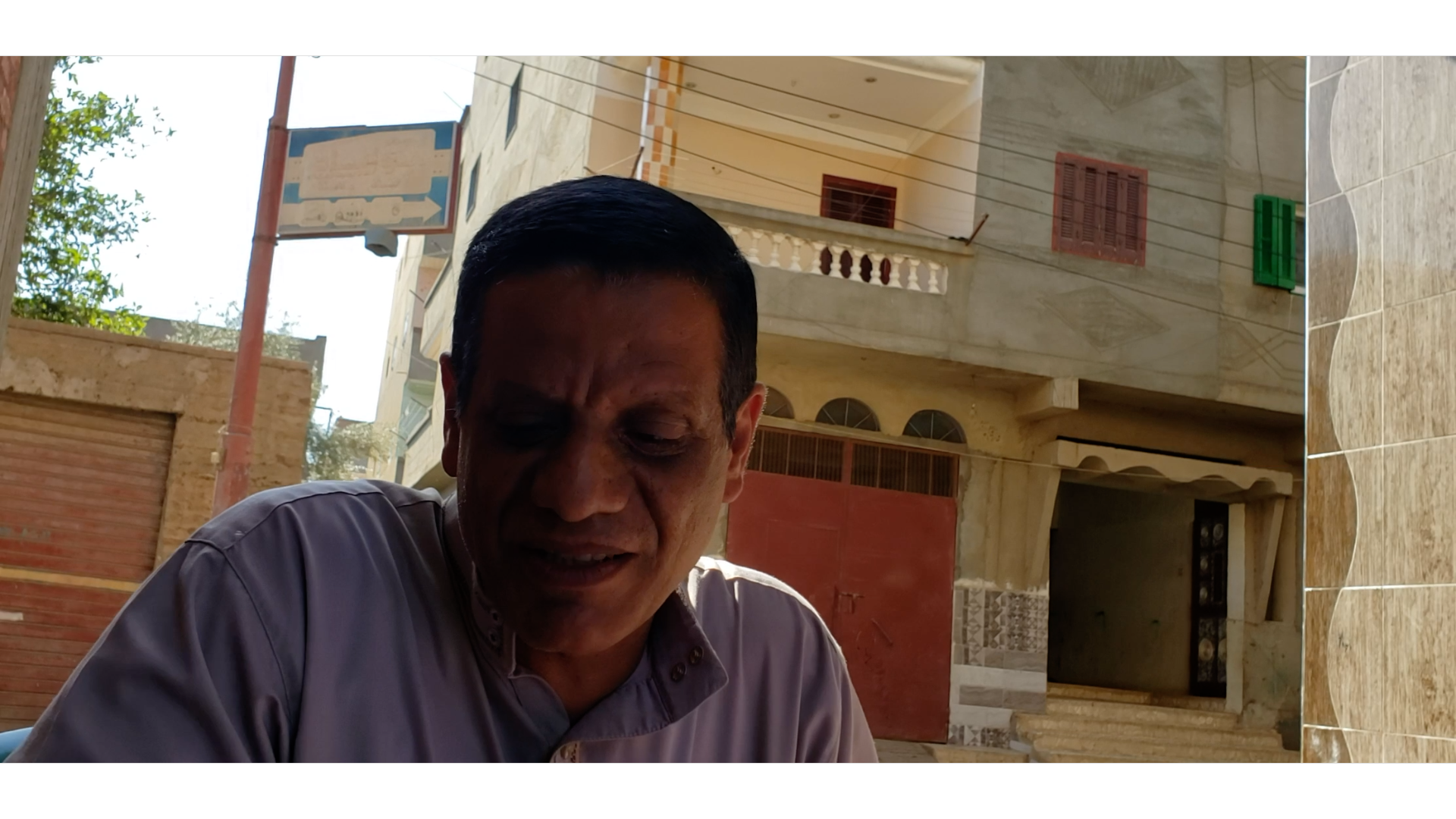