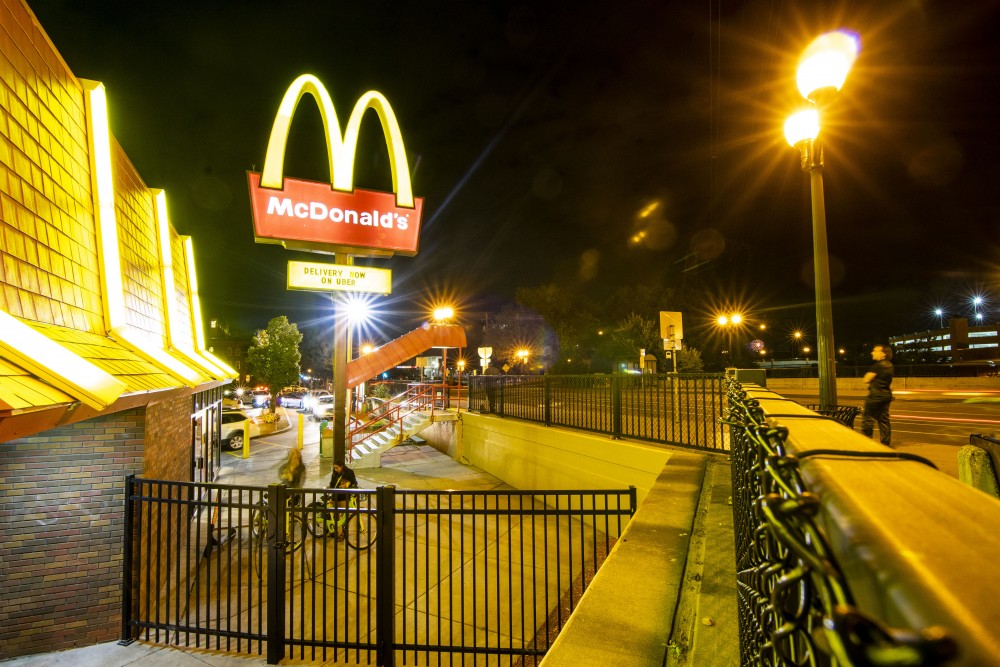 I was born in a small, quite unassuming village resting on the bank of the Egyptian Nile delta. The narrow streets, the mud and windless houses connected like an old stalled cargo train. People’s lifestyles hadn’t changed that much since the time of the pharaohs, and local demographers couldn’t find any dramatic census changes for a long time, around a 1,000 with a slim margin of error.

Villagers lived the simple life of a farming community, and their interest in the outside world went only as far as the edge of their corn fields. At dawn, men left with their animals for work and came back at dusk, while their wives stayed home, busy preparing meals and raising kids to work on the farm as soon as they mastered their first steps. Women seemed to consult with the same fashion designer, where their costumes were traditionally made. People went to the same mosque, celebrated the same holidays, and for generations, villagers kept the gene pool very much confined to a singular gene pool!

Life for people was a simple one, rhyming with nature, everyone knowing everyone else. The village had one street, one barber shop, one grocery store, one school, one cemetery, and one mosque and everyone ate one kind of cheese; always feta, and always white. Egyptians look at cheese as a live food, and they don’t as a rule throw their cheese away; when it gets old they just give it another name and eat, from Qareesh, Barameely, Creamy, and when it gets rotten they call it, “Mesh” (Yacky Cheese).

However, and before President Nasser fell out of U.S. favor and became a dangerous man, our school used to get help in the form of American cheese. Looking at American cheese for the first time transported me to a different world, a world of wonder, that was flashy, glossy, distant and protected by elegant wrap ;  like an innocent virgin, covered by a colorful hymen. To village attitudes, rejecting your feta was like rejecting your identity. At school, admiring the colorful American cheese, there was nothing like carefully peeling off the wrapper of a piece of cheese.

Before CNN, Al Jazeera and facebook, my first contact with America, was through their cheese. I treated it with reverence, with love and respect, thinking that one day I’ll go to this place called America and eat as much cheese as my stomach can handle. When I left Egypt for America, I spent mostly a supermarket visit admiring all these colorful cheeses; red, yellow, green, brown, black. Then everything changed, following my first visit to McDonald’s near my job; an assembly plant in the Coma area by the University.

Every day a group of co-workers left for their lunch break, and one day decided to I tag along. I approached the restaurant which from the outside looked like an old cottage, nothing special, McDonald’s golden arches not occupying my childhood memories. Once I was inside, the restaurant was like no other place I had ever seen before. From someone who just came from a country where things are happening in a disorderly and everlasting chaos, McDonald’s was a breath of fresh air, clean, well lit, uncomplicated and extremely organized.

At McDonald’s everyone knows his/her role, and people don’t converse that much, they just eat and they do it fast. Customers point to the big pictorial menu on the wall, triggering and launching the most sophisticated food delivery system in the world, in lighting speed your order being delivered. According to the Marketplace website McDonald’s make 37 burgers every second, there being over 37,000 McDonald’s restaurants around the world; you do the math.

Ordering from McDonald … the Musical

McDonald’s is as American as it can get. At McDonald’s, people are free to be all they can be, childhood, carefree, there being nothing destructible at McDonald’s, where you can be messy and eat with your hands. Twenty years ago, the New York Times columnist Thomas Friedman, the merchant of capitalism and free markets, once came up with a cheesy idea; “no two countries that both have McDonald’s have ever fought a war against each other since each other got McDonald’s.” If a country has a stomach for McDonald’s, they don’t have the stomach to fight anyone.

McDonald’s stands for peace and freedom. Mubarak once accused young revolutionaries protesting in Tahrir Square for being a bunch of traitors who took drugs, have sex and eat McDonald’s. The same with Thai protesters, as Vox explained; “The Protestors opposed to the coup had taken to rally outside of a McDonald’s that is centrally in downtown Bangkok. The association led to what marketers might call organic brand extension, with Thais using McDonald’s arches on their Facebook pages and elsewhere as a symbol of their movement to end military rule and return to democracy. Often, the activists do this with images replacing the “M” in democracy with the McDonald’s logo.”

“May I help you”… the voice of a young McDonald’s staff member interrupted my fascination and brought me back to consumerism.

“Big Mac”… I responded, repeating what the person before me had just ordered. Americans order 550  millions big mac a year, it is cultural phenomena, there is even a Big Mac Index that measures the purchase power of countries developed by the economist magazine.

I looked at my order, my Big Mac sandwich, and looked at the crispy sesame seeds on the bun. The fresh onion, fresh tomato, pickles, and sizzling beef instantly took me, but then came the shocking ugly image that violated any gastronomy rules, something that destroyed my old reverence of American cheese. I saw what was a symbol of freedom and American exceptionalism, destroyed. McDonald’s humiliated my colorful cheese, tortured its innocence, turned it to a melted yellow liquid that smothered my Big Mac to obscurity.

Finally, McDonald’s, like everything else I learned about America, just doesn’t leave well enough alone. The watermelons, olives, oranges have no seeds, fish have no heads, my fresh salads covered by strange dressing, democracy without fair election, freedom without conscious, and president without moral compass