“If facing with a trump supporter in your neighborhood, introduce your spouse as your girlfriend/boyfriend thing, It seems to soften the culture war a bit!

Now it is real, folks. It is written. The Donald will be our 45th president.  The ISIS of American politics, the one who beheaded more than a dozen politicians on national TV. The joke is on us, and he is the only one laughing.

I wonder what Khizr Khan would say about this: Lesson learned — you don’t have to read the Constitution to be president? Muslims are usually politically homeless, stranded between two political systems that ignore them or take them for granted. President-elect Donald has alienated and scared lots of people and groups during his two-year campaign — Mexicans, women, blacks, gays. But Donald gave Muslims a special attention, from banning and registering them, For Donald good Muslims are  the informants ones.

I understand that Islamophobia has been with us long before Trump ran away with the political circus, but he made it mainstream, fashionable, even patriotic. Muslims statement was taken off the @realdonaldtrump official website. But it is very hard to take it out of the conversation, schools, supermarkets and streets. Attacks on Muslims spiked on a daily basis, and it is going to get worse once The Donald grabs (gropes?) the White House in January.

Muslims, like millions of Americans, are still in disbelief — political shock and awe. It hasn’t sunk in for lots of Muslims, who voted heavily for the lesser-evil thing. Muslims are confused and don’t know what to do. Should they move to Canada, or stay and fight for change?

Let’s all calm down and regroup. Here is a President Trump Survival Guide that Muslims can follow:

• Start with things a Muslim can do immediately, mostly obvious — changing names, getting rid of beards, hijabs.   Even if muslim women show some cleavages!Yet this won’t cut it. So Muslims need to do more.

• Be vigilant. Definitely stay away as much as you can from places where Trump’s supporters go — Walmart, Applebee’s or race-car tracks. And if you are at a football game, stand for the national anthem. (Colin Kaepernick is big and rich; he can defend himself.) When shopping at malls, make sure to carry shopping bags and not your kids.

• When traveling, no Arabic books, Arabic conversation or Arabic music. Don’t ask for Halal meals on flights, especially the international ones. Eat pork if you have to, or ask for a kosher meal. Islamophobia is much worse than anti-Semitism nowadays.

• As for praying at the mosque, no more than once a week. The FBI was watching even before Trump. Use the new, invisible Pocket Prayer Mat. It comes in handy in a tight space. I used it just last week on a golf course under a tree.

• Don’t do the prayer wash in public bathrooms; dry-wash (Tayamam) as the prophet did.

• Be carful with ethnic bumper stickers and Hide all Islamic signs and symbols from your car; for some reason they entice road rage.

• If a police officer stops your car and asks if you were drinking, don’t go for the dreadful “I’m a Muslim and I don’t drink.” Just say yes. DWI is less of an offense than DWM — Driving While Muslim.

• Walk in groups and don’t stay out after midnight. Islamophobes are like cicadas; they come out after dark.

• When people at work try to engage you in a political conversation, just comment on the weather.

• Stop going to ethnic places, like restaurants and malls. Try Amazon; they don’t really care who you are as long as you buy things, and it is nice now to see a drone delivering a book to a Muslim house rather than a bomb.

• And if you find yourself in a Middle Eastern store, and you overhear someone ordering “Hamas,” not hummus, it is definitely not a good sign. Leave the premises immediately.

• When strangers are nice to you on the phone, it is either a telemarketer or an FBI agent. However, don’t be frightened when Jehovah’s Witnesses come knocking on your door. Invite them in. They may pack a Bible, but most likely not a gun.

• Pay your bills, rent and car payments on time. Not paying your bills, a sign that you aren’t doing well, may get the FBI’s attention.

• Don’t walk in your neighborhood alone or without a dog; for some reason,  Americans think those with dogs are civilized and safe. If facing with a trump supporter, introduce your spouse as your girlfriend/boyfriend thing, It seems to soften the culture war!

Participate in national holidays, Independence day, Thanksgiving,  Black Friday, Christmas, no worries, it is all about celebrating our consumer culture!

If you wear hijab make sure it is a recognizable brand name, like Victoria secret.

Only travel to states that have legalized marijuana, and steer away from the ones that have just legalized racism and Islamophobia.

And one last thing: Whatever you do, don’t ever join ISIS, they have a fascist, misogamist, and racist leader !!

God bless, and stay safe these next four/eight  years!

Ahmed Tharwat is host and producer of the Arab-American TV show “BelAhdan,” which airs at 10:30 p.m. Mondays on TPT. On Twitter @ahmediatv. He blogs at Notes from America at www.ahmediatv.com

read it at the StarTribune 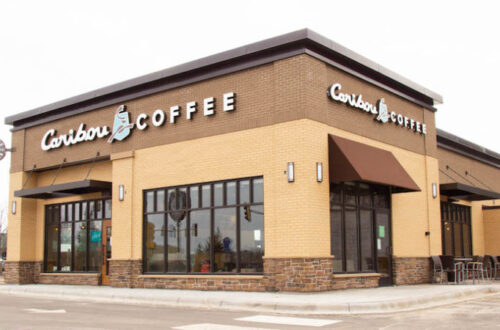