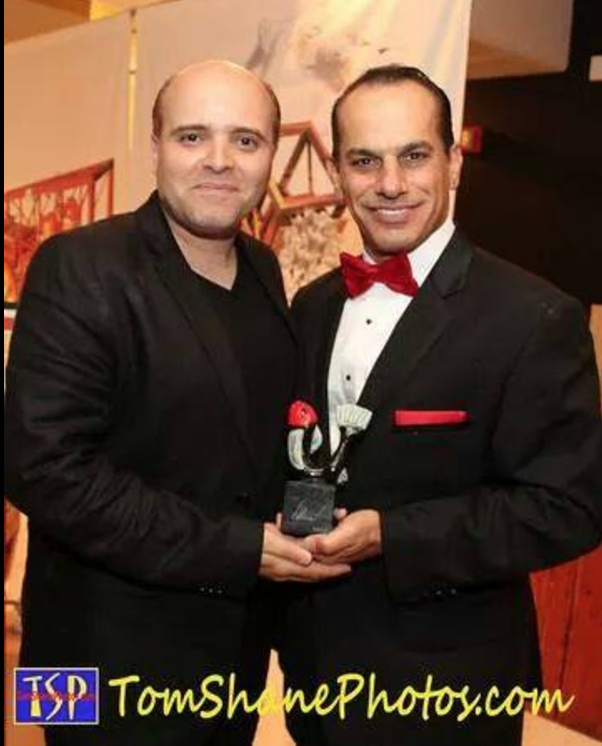 Anouar H. Smaine was born in Algiers, Algeria. He is the son of a French Professor, and an Actor, Director and Playwright. As both parents were busy with their respective careers, his father would often take him to different film sets and theatrical rehearsals he was involved in.

It is at the age of 9 that Anouar took his first acting steps in “Cri de pierre” (Translated as “Screaming Rock”); a social drama . A few years later, Anouar moved to Paris where he learned more about the impact of the arts on the human condition, human history and world cultures. Under the influence of his father and some family friends, he became more acquainted and drawn into the world of theater and drama (among those are Algerian comedians Fellag and Hassan Belhadj, french playwright Henri Cordreaux, and french painter JP. Bellan). In his late teen years, Anouar moved to the US and began a long journey of education which will ultimately earn him two Masters degrees in Political Science and French respectively. Anouar’s passion for filmmaking and drama however never faded. With all his formal education completed, Anouar moved to Hollywood, attended film school (New York Film Academy at Universal Studios), and received his training in Filmmaking (Directing, and Producing). After Directing, Producing, and acting in multiple short films, Anouar writes, directs and produces “Axis of Evil” which tackles the stereotyping of minorities and immigrants in post 9/11 America. The film immediately catches the attention of festival audiences in the US and abroad. It will screen in South Africa, in Toronto, Canada, in Philadelphia, and in Los Angeles where it earns Anouar an Honorable Mention at the Los Angeles Movie Awards film festival. A year after “Axis of Evil’s” success, Anouar collaborates with one of Hollywood’s top acting coaches and film director Kimberly Jentzen on the multiple award winning and Oscars’ qualified film “Reign” about casualties of the Iraq war. On set, Anouar will have the unique opportunity to work alongside Academy Award Nominated cinematographer Jack Green (Unforgiven, Space Cowboys), Academy Award Winning Sound Designer David MacMillan (Indiana Jones, Paranoia), and acclaimed character actor Will Wallace (The Thin Red Line, The tree of life) among others. Such experience would not only prove to be valuable but also decisive for Anouar’s next film; “Sharia”, which he writes, directs, and produces. A film about the complexity of inter-cultural relations within couples of different backgrounds, and hints at the importance of dialogue between cultures and civilizations. The film screens at many US and European film festivals including the world famous Cannes Film Festival Short Corner and will win numerous Awards among which “Best Film”, “Best Director”, “Best Producer”, “Best Actress”, and “Best Actor”. Through film, Anouar aims to give a voice to those who do not have one by bringing to the big screen thought provoking and timely stories that are not typically “popular” by Hollywood standards. 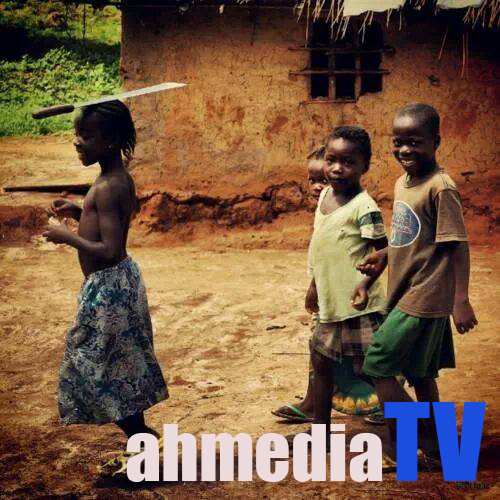 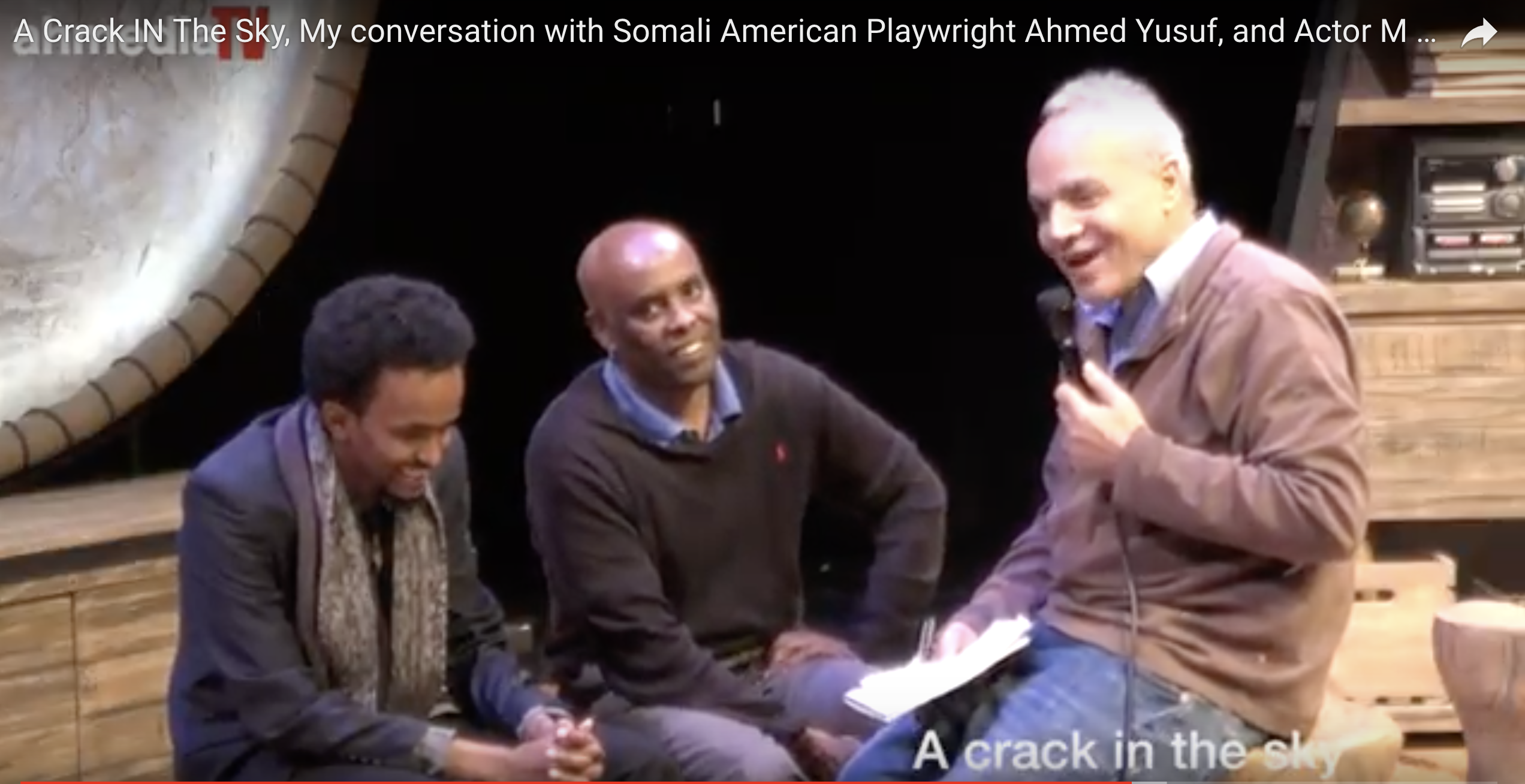 A CRACK IN THE SKY, My conversation with Playwright Ahmed Yusuf, and Actor M Hajji 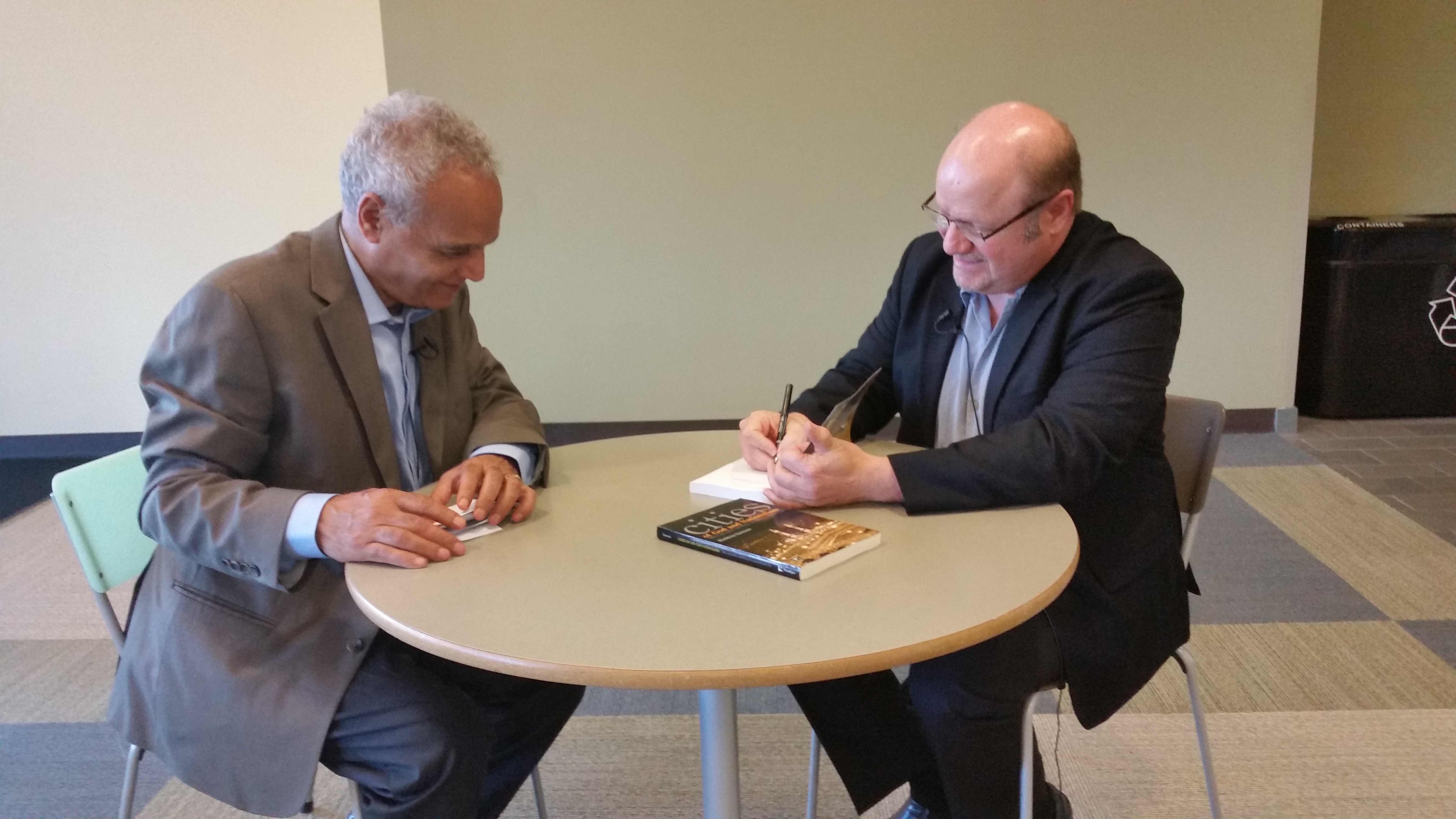