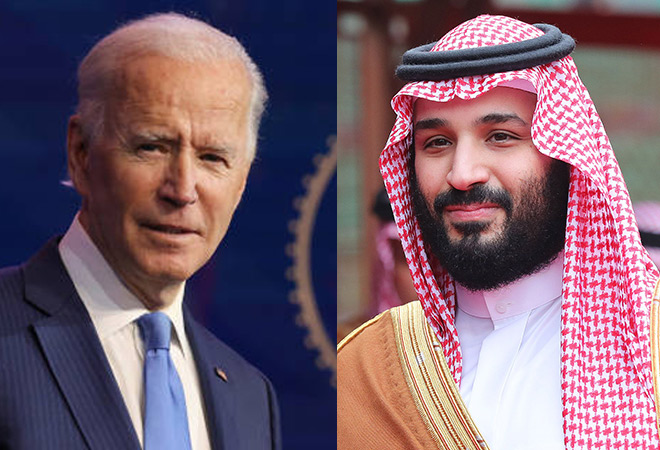 Leaders come in all forms and shapes, dictators, autocrats, pragmatic and transformative, transactional,  Biden is the realist president, who believes in incremental changes; not the big idea man. He is not the F.D.R he is not the transformative president.  Democrat bosses put him ahead of us to defeat the progressive wing of the democratic party more than defeating Trump. Now voters aren’t sure if he is the right candidate for 2024. As the Times reported, “… the repeated failures of his administration to pass big-ticket legislation on signature Democratic issues, as well as his halting efforts to use the bully pulpit of the White House to move public opinion, have left the president with sagging approval ratings and a party that, as much as anything, seems to feel sorry for him.”With the country in decline economically, politically, and culturally, gas prices skyrocketing, massive shootings, Trumpism still alive, and the invasion of Ukraine still going. Biden is planning to visit Saudi Arabia next month and is telling the world AS MIDDLE EAST EYE REPORTED, that America doesn’t care about human rights and the killing of journalists.

Biden was hailed in the media as a realist who is drafting a pragmatic foreign policy that works for the American people.  Biden is visiting the Killer of American journalist Jamal Khashoggi after the price of gas hiked up threatening democrats’ chance in the midterm election, say the pundits and the liberal apologists. You would think Biden rather visiting American oil companies instead to lower their prices, according to him they made more money than god. Biden’s trip hidden agenda is paving the way for the killer of Khashoggi to be the next King of Saudi Arabia and the leader of Arab normalization with Israel. Biden’s trip would also include a visit to Israel, which, according to the UN and Ex-president Carter, is an apartheid state that has violated international laws and Palestinian rights for over 70 years. The democrats say and do privately what the republicans do and say publicly. Since the Russian invasion of Ukraine, Biden is talking about American value-based foreign policy, working with friendly countries that shared our values against the evil of Putin, the new Hitler of Europe. “That must be this — we must start with diplomacy rooted in America’s most cherished democratic values: defending freedom, championing opportunity, upholding universal rights, respecting the rule of law, and treating every person with dignity.” Former president George W. Bush bless his soul said best at Presidential Center in Dallas,  called out “the decision of one man to launch a wholly unjustified and brutal invasion of Iraq.” “I mean Ukraine,” He quickly corrected himself, but he continued to chuckle and mussed “Iraq, too” under the amusements and laughter from the audience. Republicans don give a shit, not interested in legislative changes, they know politics is dirty, and the system is unfair and lousy, so tough luck, like it or leave it. Democrats appeal for political symbolism and idealism, spend lots of money and time to unsuccessfully impeach Trump for things that presidents do, use foreign policy for political gain, and some even waged wars to win elections. That impeachment hearings themselves were for political gain. Biden’s visit to Saudi Arabia will get Mohammed Ben Salmon off the hook, sending a message to Arab despotic regimes, as Davis Hearst of Middle East Eye succinctly puts it. “You can do anything literally and get away with it if you have something Washington needs. All you have to do is to survive, and the wheel of fortune turns in your favor”. Biden and Secretary of State Antony Blinken repeatedly promised the world to put human rights at the center of our foreign policy. They pledged to treat Saudi Arabia as a “pariah”. These were empty promises and were always hard to believe. As Daniel Larison of DAWN, an organization that helps promote human rights in the Middle East explained.” the president’s complete retreat from that commitment has shown just how hollow his administration’s human rights rhetoric is.” Biden decided to go back to more pragmatic foreign policy, business as usual, where dictators like el-Sisi of Egypt is taking notes. He is licking his chops; now, he can get away with murder, the military coup, the Rabba Mascara, killing, kidnapping, and forced disappearance of political dissidents; by simply painting his political oppositions as Islamists and terrorists. Last month, my brother died in Egypt; his 17-year-old son was arrested among thousands during the Arab Spring set in protest and sent to 15 years in prison for disturbing public security. His father never recovered since, after nine years of hope and waiting to see his son free again, he will never get the chance to get his wish with his sudden death. I have been trying to secure my nephew’s release for years, started the Let My Nephew camping, and talked to my representatives, from Amy, Ilhan, Keith, and Dean, to no avail. “el-Sisi doesn’t listen to the state department anymore” was the general excuse. Last month, I tried to visit Egypt to attend my brother’s funeral and contacted the state department. They advised me to reconsider my traveling plan to Egypt . “… exercise increased caution in Egypt due to the Embassy’s limited ability to assist dual national U.S.-Egyptian citizens who are arrested or detained.” The folks at the state department, like Biden, are realists.

Blog on Notes From America