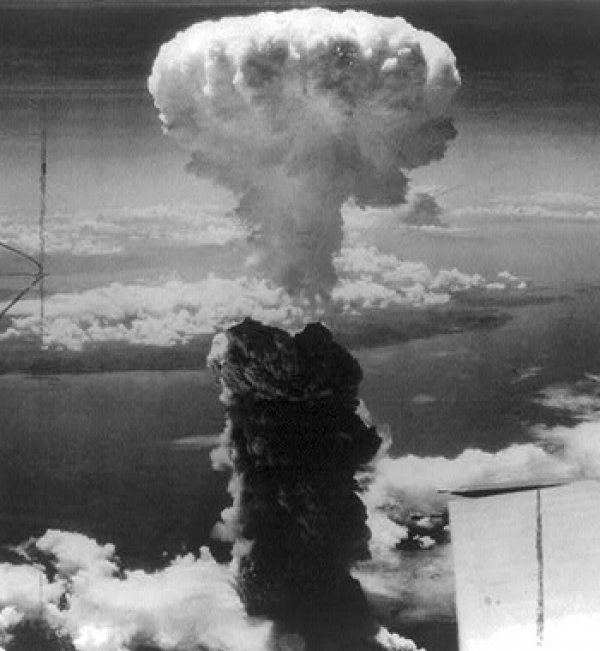 “To be honest, if it weren’t for this bomb, I wouldn’t be alive today,” casually explained my liberal friend why America had to drop nuclear bombs on Hiroshima and Nagasaki. Wiping out 100.000’s of Japanese for my friend was rationalized; it was necessary so he may have gone to fight at the Pacific and died. My friend is a liberal, a good American, a humanist, an educated, well-traveled, and is toned to world affairs. support BLM and Me Too ” movements, environmentalists, and rally against wars in the middle east. “when it comes to dropping the big one, my liberal friend had what I call a temporary Nazi moment. It is a moment of a liquid morality, intellectual paralysis, and rationalizing an evil act. The Nazi moment for right-wing conservatives is an ideology that they live by; Trump’s election was a Nazi moment that lasted four years; Derek Chauvin pinning Mr. Floyd’s neck to the ground was a Nazi moment that lasted nine minutes. For liberals, the Nazi moment surfaces involuntarily when they face the slightest challenge or a threat,

then white privilege creeps in, the N-word is uttered, and police is called on young black men in the streets, parks, and grocery stores. Last week, uncle Biden had a Nazi moment, the liberal president on a National Prayer Breakfast, addressing the conservative Senate minority leader, Mitch McConnell, who rationalized racism, blocking voting rights, and liberal supreme court judges. Biden said, “Mitch, I don’t want to hurt your reputation, but we are really friends (cleaver). And that is not an epiphany we’re having here at the moment (Nazi one). We’ve always — you’ve always done exactly what you’ve said. You’re a man of word — of your word, and you’re a man of honor. Thank you for being my friend.” A cozy Nazi moment. As Charles Blow opined at the Times, “It seems that Biden suffers from the same blind spot as other white liberal leaders throughout history: looking past the oppressive impulses of other white men to see kinship and commonality.” A community of white racist folks having a Nazi moment. Abraham Lincoln appeased the racist southern enslavers saying, “We are not enemies, but friends. We must not be enemies. Though passion may have strained, it must not break our bonds of affection.” Nazi moment the mask is off, end of innocence and pretense brings out deep suppressed Freudian instinct, usually without warring and followed by a hangover of apologies and justifications. The Nazi moment has its roots and long history in western culture and civilization. it is a violent desire to achieve a utopia, a rationalization, where the end justifies the means. It all started way before Hitler, with Plato’s idea of The Republic and the Just Society. The rationale of Plato’s ideal Republic is based on the logic of a city that should be run by philosophers who have a monopoly on the truth. The rest just follow orders and work in three classes in an overly structured specialized society. On the bottom is the producers (farmer, workers, craftsmen, etc., 2nd the worriers, all under the guardians, the philosopher. Plato said; we need to get ready of all poets (a Nazi moment) to achieve a Just Society. “Poets, he claims, appeal to be the basest part of the soul by imitating unjust inclinations.” His student Socrata realized the enormity of the task, to achieve and get everyone to agree and achieve the Just Society of Plato. He urged, “we need to kill everyone over ten years old.” a Nazi moment. In western rationalism, the desire to achieve an ideal is motivated by violence; ends justify the means. Nazim and Hitler were just an aberration, and it is a German thing; a moment of madness goes the historical argument. The Nazim wasn’t just Hitler and the Jew; it was about the western rationalized solution to the Jewish problem in Europe; in rationale, western capitalism and imperialism, getting ready of the undesirable, unproductive people either by transferring or by enslavements. Hitler killed 20 million of them, including six million Jews. Unlike England, Germany didn’t have colonies to transfer the Jews to; Germany had only Auschwitz and the Holocaust. American popular culture painted Nazi Germany and Hitler’s regime as brutal and Adolf Hitler nothing more than beasts. Polish sociologist and philosopher Zygmunt Bauman in his book Modernity and The Holocaust, argues that it takes more than beasts to perform genocide on this grand scale.” Nazism was based on the racist doctrine, demonizing races, people, ethnic groups to enslave them and exploit them, taking their lands, killing natives, or transferring them as enslaved people. American genocide against the Natives where millions of native Americans perished in ta cold slow Holocaust. Western democracy created mass production and modernity, rational thinking, and the indusial revolution, producing mass killing, Racism, Communism, Nazim, and Zionism. The Nazi moment where rationality and efficiency were used for the final solution, eliminating a group of natives transferring millions of enslaved people. If you want to get ready for a race, you need to kill all the children; rational thinking goes. In the western rational straitjacket, values and morals are separated from actions and ideas; humanity stands in the way of efficiency. “Arbeit Macht Frei” Work send you free was written on the gate of Auschwitz death camps. Nazim was about eliminating the Jews to build pure Europe, Zionism was about eliminating the natives from Palestine to establish the pure state for the chosen people, Stalinism was about eliminating anybody stands in the way to build a just society. and eliminating natives to create pure America the new promised Land! For the new chosen people. When self-righteous rulers (philosophers ) tried to achieve their ideals, the Nazi moment lasted more than just a moment.