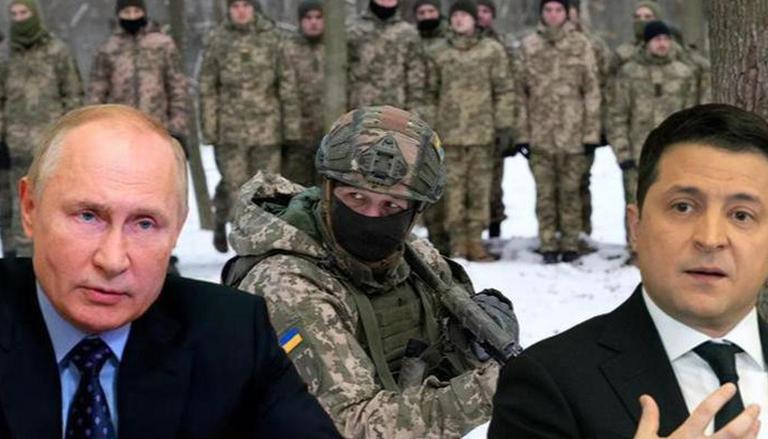 The Japanese American political scientist Francis Fukuyama published 1992,  The End of History and the Last Man.  He explained that after the collapse of the Soviet Union and the fall of the Berlin wall. The end of ideological conflicts and the beginning of a post-political and post-ideological era. Mr. Fukuyama declared the West has won and Western liberal democracy as the final ideological stage of human evolution. The book was criticized, especially by Samuel Huntington in his book published 1993, the Clash of Civilization. Huntington, unlike Fukuyama, thinks there are no universal values, and the world is divided into distinctive cultures and civilizations;. “The Islamic civilization, he wrote, is the most troublesome. People in the Arab world do not share the general suppositions of the Western world”.

Biden thinks Putin is dumb and threatened economic sanctions; Trump thinks Putting is “Pretty Smart and threaten 2024 presidential election. Western media painted the invitation as an attack on European western civilized countries, and Putin is the new Hitter. Conservatives are impressed by Putin’s chauvinistic aggressive persona. Fox News star Tucker Carlson asked, why should I hate Putin!! “Has Putin ever called me a racist? Has he threatened to get me fired for disagreeing with him?” Carlson sounded like Mohammed Ali when he refused the draft to go Vietnam! Bloody images coming out of Ukraine where the victims look European whites and nothing moved a liberal like white suffering. Flustered emotional CBS foreign correspondent Charlie D’Agata reported live, “But this isn’t a place, with all due respect, like Iraq or Afghanistan, that has seen conflict raging for decades,” he commented. “You know, this (Ukraine) is a relatively civilized, relatively European – and I chose my words carefully here he added. I wonder what other worlds the civilized man didn’t choose. Destroying countries and causing millions of deaths for him was a civilized act. Thomas Friedman of Times, telling us in his column “we Have Never Been Here Before, “really!! the big idea man moved from the McPeace theory to the new Cyberwar theory that Russia will launch against the West. AP, warning its reader with a tweet “social media users sharing a photo of fiery explosion with falls claim that it is Russian attack “on” Ukraine 2022, but actually it shows Israeli strikes “in” Gaza 2021.” Notice the use of on” and “in”; bombing the Palestinian people is not an attack; it just happened in Gaza. An image of a young blond Palestinian girl confronting an Israeli soldier in the occupied terrorizes used as an 8-year-old Ukraine girl confronting a Russian soldier, “telling him to go back home”. , The media reporting and internet postings are coming from Europe painted the invasion as a war on civilized people. “It’s very emotional for me because I see European people with blue eyes and blonde hair being killed” – Ukraine’s Deputy Chief Prosecutor, David Sakvarelidze sopped on BBC. 100.000’s of Ukraine refugees are welcome in Europe, where they have been mistreating and turning away refugees from Africa and the middle east. This was on BFM TV (France) “We are in the 21st century, we are in a European city, and we have cruise missile fire as though we were in Iraq or Afghanistan, can you imagine!?”. From the Daily Telegraph, “This time, war is wrong because the people look like us and have Instagram and Netflix accounts. It’s not in a poor, remote country anymore. – Daniel Hannan. ITV (UK) “The unthinkable has happened…This is not a developing, third-world nation; this is Europe!” Even a British Aljazeera presenter stepped into the white civilized world fray, “What’s compelling is looking at them, the way they are dressed. These are prosperous, middle-class people. These are not obviously refugees trying to get away from the Middle East…or North Africa. They look like any European family that you’d live next door to.” On ITV (UK) “The unthinkable has happened…This is not a developing, third-world nation; this is Europe!” BFM TV (France) “It’s an important question. We’re not talking here about Syrians fleeing… We’re talking about Europeans.” The invasion of Ukraine brought unlikely alliances in the middle east, Saudi Arabia, Iran, UAE, Houthi of Yemen, Hezbollah of Lebanon, and Assad of Syria supporting Putin, Turkey, and Egypt, asking to mediate peace. ElSisi of Egypt ordered all hotels not to charge any Ukrainian who wanted to stay. Leavening 1000s of Egyptians stranded in Ukraine. Al-wafd, an Egyptian newspaper, jokingly advising Egyptian men not to rush to marriages now, “there are lots of beautiful Ukrainian women refugees coming to Egypt soon”. People in the Middle East have seen enough of invasions through the years. Now they are just sitting on the sidelines to watch the war unfolding from afar. The Russian invasion of Ukraine is not their war after all. It is a civilized people’s war.

Read it at the Star Tribune