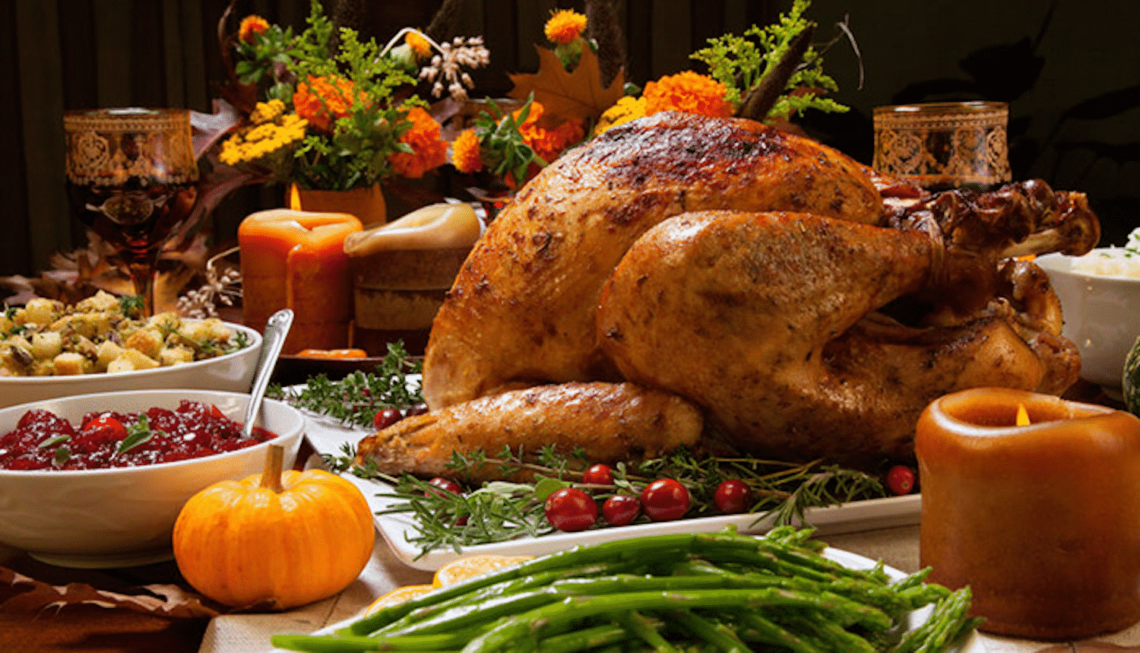 Thanksgiving Tales!
There are many controversies about Thanksgiving and what it means in our politically charged culture. Thanksgiving tradition celebrates a practice based on generations after generations without really understanding its historical origin, provenance, and devastating effect on American natives. We only tell the story of the dominant culture, the winner, and we accept the story we want to hear. Thanksgiving,  we are told, is the story of the braves pioneers who landed in Plymouth in 1620, where the local Native Americans welcomed them and shared a meal. None is told of what happened in the 50 years after that; land grabbing, diseases, broken treaties, and the big war that is called the King Phillip’s Was all resulted in the death of millions of Natives Americans. As one of my native American friends told one Day, “We had the land, they had the bible, now we have the bible, and they have the land” .

I walked to the meat section found a pile of frozen turkeys left abandoned in the open freezer.; out of breath trying to remember my wife’s instructions, 20Lb turkey and something else I couldn’t remember the (free-range) thing,  I was not sure, exactly, I’m in deep trouble, a staff came out,
_ may I help you? He asked
_ are those “running” Turkey? I wondered softly, pointing at the turkeys, covering my own turkey knowledge insecurity!
_ not anymore, he said! We both laughed. Then I realized I was Turkey!

Many Americans are unease when it comes to Thanksgiving. Some suggested doing away with the holiday altogether; some gave it a different name: Native Day, Thanks Day, or even Turkey Day. Thanksgiving holiday was named “National thanksgiving Turkey Day” after president Lincoln made Thanksgiving Day a national holiday. Turkey now is synonymous with Thanksgiving and took its prominence on American dinner tables, where we consume almost 50 million turkeys each Thanksgiving Day. It is indeed a turkey day. My first Turkey dinner took place not here; it was in a small village in Egypt, I was only 6 or 7 years old. Turkeys were not the bird of choice of my family, only chickens. On a hot summer day, sitting in the front of my house, alone and bored. I spotted a few Turkeys walking on our neighbor’s farm. Forced of habit, I picked a piece of fry dirt and threw it in the direction of the big birds; all ran away except one that started limping and couldn’t move; that Day, I realized that Turkeys have fragile legs. I was terrified and spent the whole day hiding away. I learned later that my neighbor took the turkey to our house, which my mother nursed it for a few days, then we had the first turkey dinner, that its taste still in my mouth more than 60 years later.My first year in America, still fresh off the boat, living by myself in a small apartment where the U.S Bank Football Stadium now stands.  Waking up after a long evening outing to find out there wasn’t anything to eat that day.  I went to buy some groceries, took the bus to the supermarket (Red Owl), it was closed, all stores were closed, the street was empty, no cars, no people, and no food. They told me it is a holiday, a holiday!! We usually have holidays, so we buy things. Then later found out it was Thanksgiving day, where Americans devoured millions of turkeys. I was hungry that day. Immersing myself in American traditions and celebrating thanksgiving each year with friends and families. When I was teaching at the University of Minnesota, I promised my students a turkey meal in class before going on the Thanksgiving Day holiday. I ordered the turkey online; it was complicated at the time, the ’90s,  the big bird would be ready by noon; my class starts at 1 pm! I went to pick up the turkey at Lunde’s by Ford Plant near the St. Paul campus. Yes, Mr. Ahmed wait here. I’ll bring the turkey for you. He went inside came back with a cart that had a huge frozen turkey on it. I told him I ordered a cooked one, and my students were waiting for a turkey meal in one hour. The manager, without uttering a word summed his staff and ordered them to pick out every and any cooked piece of turkey in the store. Later came  with a cart covered by cooked pieces of turkeys, some stuffing and awhole Pie.“Help Mr. Ahmed to his car he asked one of the staff._ How much do I owe you.? I gratefully asked_ we all square Ahmed, and our apology for the mix-up!  He saved the day. I still have turkeybumps every time I walk inside that store.. Choseing the rightt turkey is a big deal in America media and experts taks abut for weeks, right size, right bread, right raise , the ways to cook, right way to serve. On our first Thanksgiving to host at home, the whole famiy were coming to our house.  My wife sent me to the store to buy the Turkey, which is a risk she usually doesn’t take,  but she was swamped, and the store was about to close. The instructions were simple and clear, 20Lb, Free-Range Turkey.  I rushed to the store; it was almost empty, with only a few last-minute shoppers.  I walked to the meat section found a pile of frozen turkeys left abandoned in the open freezer.; out of breath trying to remember my wife’s instructions, 20Lb turkey and something else I couldn’t remember the (free-range) thing,  I was not sure, exactly, I’m in deep trouble, a staff came out,_ may I help you? He asked_ are those “running” Turkey? I wondered softly, pointing at the turkeys, covering my own turkey knowledge insecurity!_ not anymore, he said! We both laughed. Then I realized I was Turkey!Happy Turkey Day!! 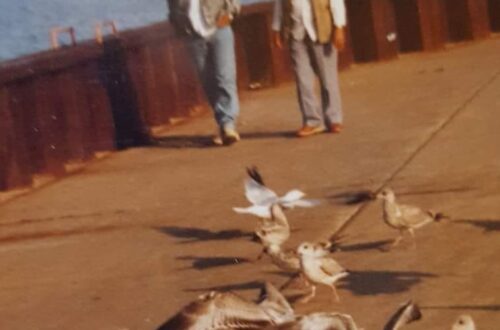