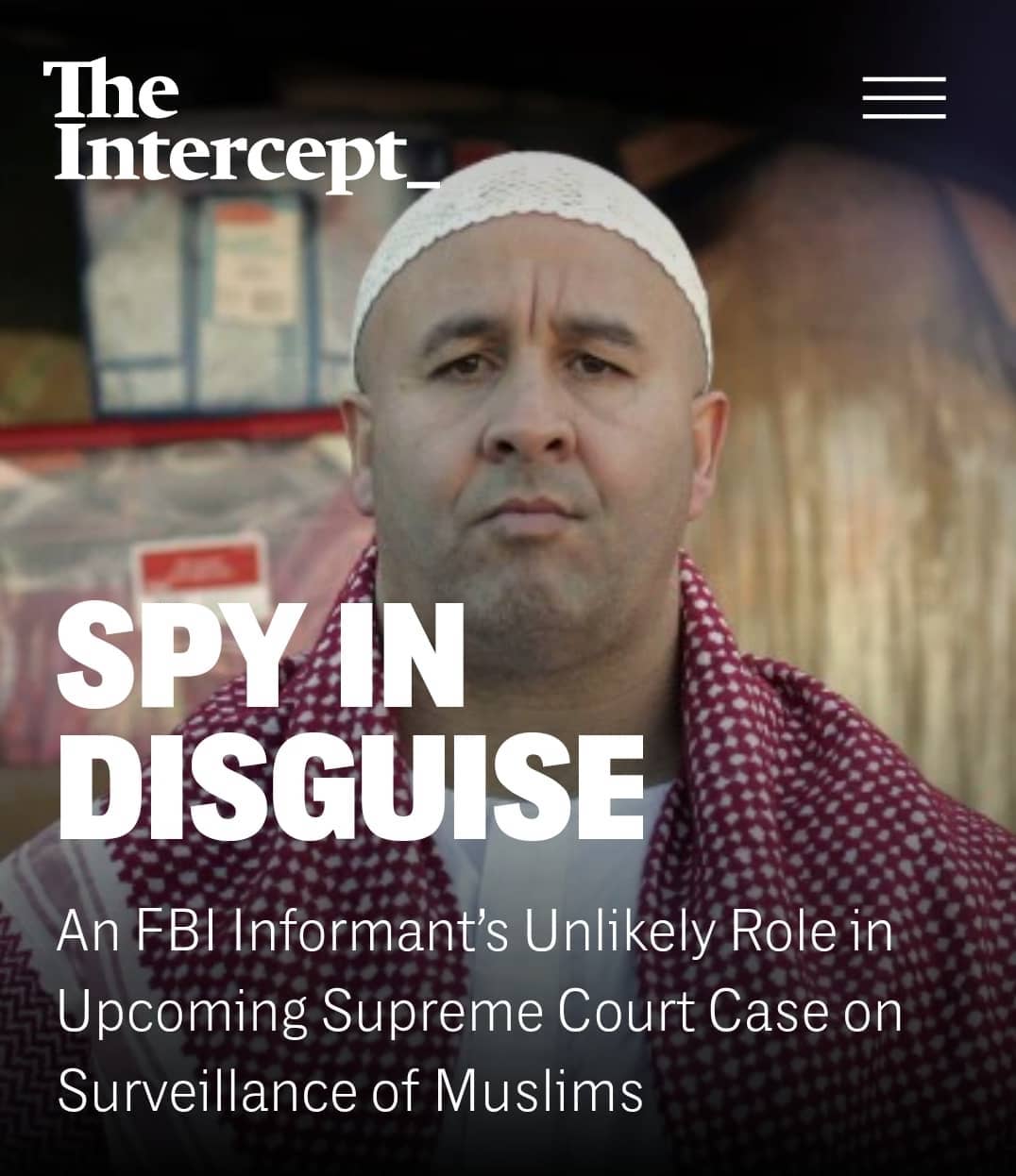 …, the F.B.I hired  15000 informants to spy and entrap and recruit Muslims to be informants at mosques.. here is THE TOP 10 SIGNS THE MAN YOU MET AT THE MOSQUE IS AN F.B.I. INFORMANT.

#10. Overly friendly (nobody is that friendly at the mosque)

9. Ask you how often do you pray a day..(only 5 prayers)
8. Confuses Hummus with Hamas. (Never ate it)
7. Invites you for a drink after Friday prayer.(doesn’t understand)
6. Sits so close to the woman’s section.(hates Muslim men, but loves Muslim women)
5. A convert
4. Tells you he loves Islam and hates America.(overdoing it)
3. Doesn’t tell you where he lives.(in a hotel)
2. Uses iPhone, not Samsung(most used for recruitment)
.. and the #1 sign the man you met at the mosque is an F.B.I informant.
….  he is in it for the 72 Virgins… (contrary to the popular beliefs. It is only one virgin that is 72-year-old).
……