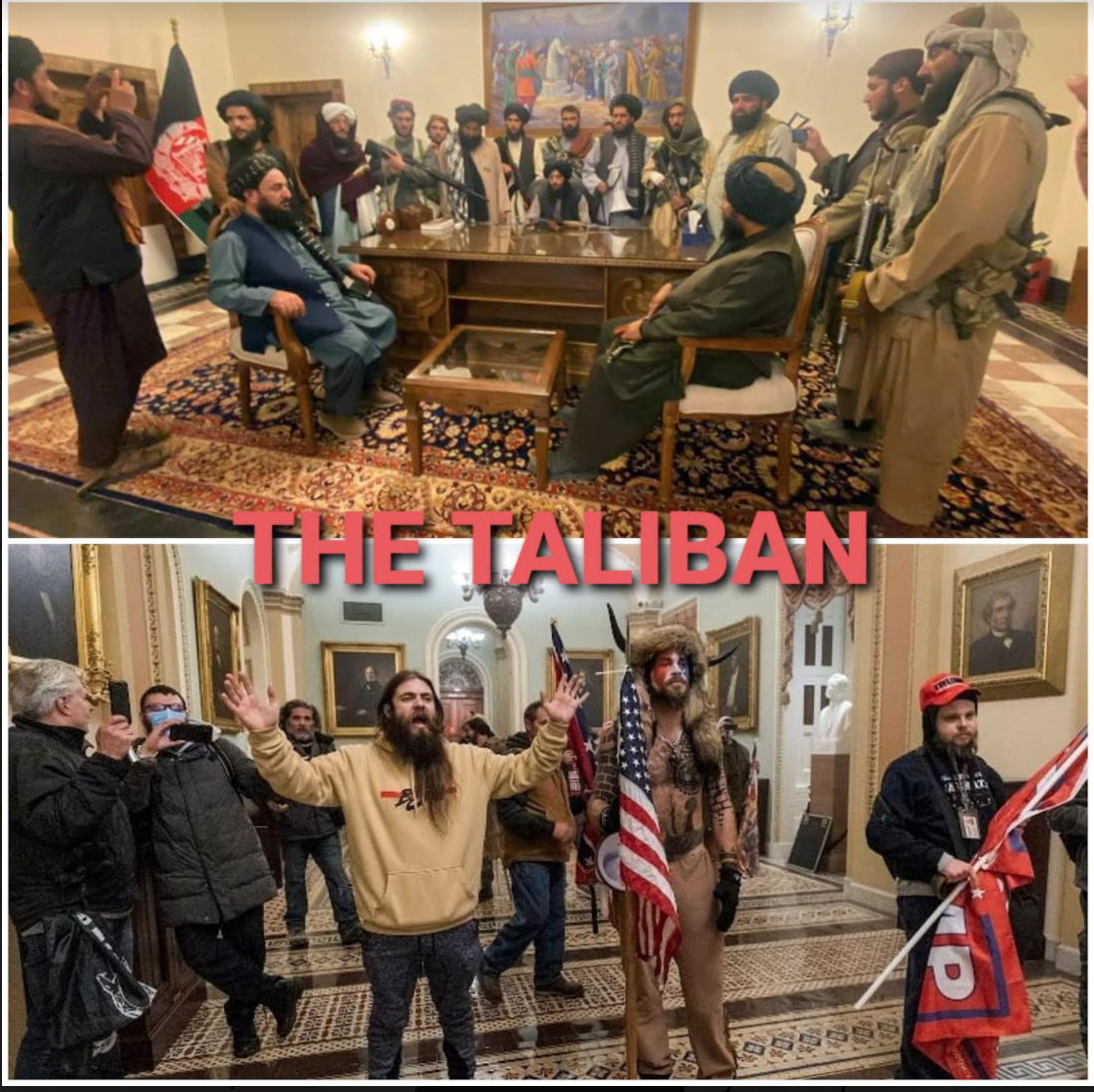 Images of the Afghan Taliban inside the presidential palace in Kabul are distant shadows of what took place inside the U.S. Capitol on Jan. 6 of this year. The American Taliban storming the Capitol to reinstall their cult leader back to the office after losing the election, launching stop the steal movement. In the Afghani presidential palace, you see the victorious Afghani Taliban forces surrounding their confident leader sitting in the same place where Ex. Afghani President Ashraf Ghani used to sit.  Mr. Ghani, a groomed installed western trained economist who had to give up his American citizenship to become president of Afghanistan.  Mr. Ghani has now fled the country with millions of dollars stolen , looking for a place to hide. He may end up in America as an illegal immigrant. Ghani later posted on his Facebook that he fled to prevent further bloodshed.  “The Taliban have won with the judgment of their swords and guns and are now responsible for the honor, property, and self-preservation of their countrymen,” he said. This is 20 years too late, Mr. President! The transition of power in Afghanistan was smoother than the one Biden here in America. The Taliban are back after the American invasion kicked them out 20 years ago, excluded them and refused to let them be part of the new Afghanistan. “We don’t negotiate with surrenders,” Donald Rumsfeld gloated in 2001. Now are sweeping the country before President Biden could finish his afternoon nap. History repeats itself, first as tragedy and second as farce.  As professor David Schultz wrote in counterpunch. This surprised everyone except those who seriously understand the history and the lesson of Vietnam. The image of a helicopter hovering over our embassy to evacuate American nationalists in Saigon was repeated in Kabul yesterday. You can’t defeat a national movement no matter what your false claims or good intention pretexts are. Americans were up to Arms after the hillbilly coup at the Capital on Jan6th. Cried good Americans that “This is un-American, but the same good people voted and supported our president from Kennedy, Jonson, Reagan, Bush, Obama Trump, and Biden when they stormed other countries Capitols and installed puppet regimes and dictators.  The transition of  power in Afghanistan went smoothly than the American transition of power. The American Taliban, who supported right-wing military dictators in South American, Africa, and the middle east, was not fond of democracy. Everyone now is talking about the danger and the fear of Taliban rule, how the Taliban will treat women, whether they would bring the hijab and Burka back. 20 years of destructions, 100,000’s killed millions of refuges, billions of dollars wasted, and all the talk in the west about whether Afghani women will be able to take their hijab off.  Weaponizing feminism is the empire poly for it military expansion. Western media reporters are talking to young women, fearing the change of their lifestyles. Where was the American Taliban wheen we were bombing and killing women and children, bombing hospitals, schools weddings. I would belive Americans concern about Afghani women, when they care about Palestina women, black women, natve American women, women in africa and south American.

None is talking about the lies and deception the Bush Administration spewed to get us in this mess from the first place. Americans were up in arms after the hillbilly coup Jan. 6. Good Americans cried: “This is un-American!” But the same good people voted for and supported presidents from Dwight Eisenhower, John Kennedy, Lyndon Johnson, Ronald Reagan, George W. Bush, Barack Obama, Donald Trump and Biden when they stormed other countries’ capitals and installed puppet regimes. Over the years, we supported regimes that treated women worst in Saudi Arabia and the Gulf oil countries. Now we cozy with MBS in Saudi Arabia to let women drive and dictator General el-Sisi in Egypt because he got ready for the Muslim Brotherhood and let women take their hijabs off, but they put a Burka on political freedom and democracy for everyone. Afghani Taliban entered the Presidential palace with their Arms.

Still, they had more reverence to the place than the American Taliban, who stormed our Capitol on Jan6th destroying looting and chanting racist and outrageous demands. The Talabani of 2021 is not the same as 2011; all their annulments are to support that. Aljazeera reported that “Mullah Abdul Ghani Baradar, who heads the Taliban’s political bureau, said in a brief video statement on Sunday that the test would begin with meeting the expectations of Afghans and resolving their problems.” A BBC reported keep interrogated Taliban spokesman if you are going to force women to wear Burka? Which he answers was no, hijab would do. Then the BBC reporter asked him if he will let women go back to school and get an education. “Women will go to school and get an education,” he said. Here in America, where the American Taliban storming school meeting to stop teaching CRT and Communism, preventing the school from teaching history that may make whites kids uncomfortable, how about blacks kids 300 years f teaching racism and white history. A teacher reported that parent asked their son to tape class to bringing it home, so they make sure they are not teaching CRT.

American Taliban here fighting to bring Jesus back to school, and politicians are asking to bring Christianity back to our governing. Islamophobia is spreading like wildfire in western countries because of moral climate change;  Muslims are banned, and women are prevented from wearing headscarves or hijab to school or public places in Franc, and they ask whether the Afghani Taliban would force hijab on women. American Taliban refusing to take the ready Covid vaccine as an act of define, like suicide bombers  undermining the system and causing the killing others. If any consolation for all of this, as you are sitting in your living room watching Afghani Taliban speedy conquest in Afghanistan, remember that Obama and his gang assassinated Bin Laden, sitting in the situation room with his own Taliban. 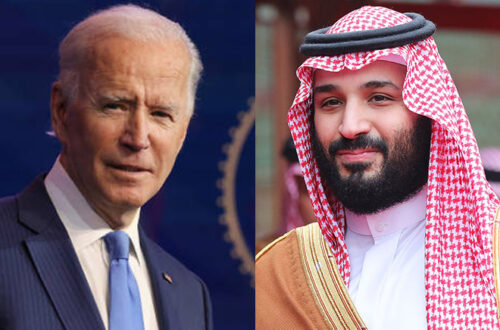