There are over 40,000 McDonalds around the world, So when one of them closes which is a rarity it does not make the evening news, but when Dinkytown’s McDonald’s has finally closed, it made a big splash in Minnesota conversation.  After 57 years of serving the local poor, the site at the corner of 4th Street and 15th Avenue is now going to serve the outsider rich giving way to a proposed upscale apartment development. Under the Dinkytown McDonalds’ rubble lay some of my earliest American memories.My first visit to the Dinkytown McDonald’s was in the summer of 1977, as a young immigrant dusting off  the remains of life in Egypt. My stomach still had some leftover Egyptian food.

America was a new world of wonders — of new costumes, new language, new culture and new ways of eating. There is nothing more satisfying like devouring greasy beef using your bare hands and teeth bringing back millions of years old eating etiquette. I was working at an assembly plant in the Dinkytown area. The job required skills I hadn’t developed in Egypt, using my hands. On the assembly line, you needed to be fast, focused on keeping up with the moving parts. My work at that plant another version of Charlie Chaplin seen in “Modern Times.” One day, a group of workers went out for lunch and my Egyptian friend asked me if I wanted to go to “Makdoolandos” for “Hamboorger”,  I had no idea what he was talking about but I tagged alone. This was the first time I went hunting for American food.A short walk through Dinkytown took you past a coffee shop, , AL ‘s  Hair Shaft barbershop sign above the Varsity Theater, a local bank, Willson bookstores a clothing store and a music store, “Best” Staak House restaurant, another Greek myth, all within your reach. Then came the bridge at the corner of 4th Street and 15th Avenue and a big red building with a golden arch in front. t wasn’t like any building I’d ever seen before — the shape, the size, the color. And the smell. I’d never eaten at a McDonald’s before,  Never heard of one., had not yet developed the Iconic Golden Arch fervor.    Once inside, I got my first sniff of McDonald’s French fries. I was hooked. The place was wide, clean, colorful. I thought it was an art gallery. Everyone stood waiting quietly in lines and politely ordered their food from a pictorial menu on the wall above an open kitchen where I recognized another assembly line, this one for making Big Macs I had only a few words of English at the time. But at McDonald’s, you didn’t need to speak English to eat, and People don’t go to McDonald’s to converse.

McDonald’s was the first place I learned about American democracy. Everyone regardless of race, religion, age, nationality, social/economic status or position gets the same junk. People from all walks of life — families, kids, business executives, blue-collar workers, homeless nomads, students, the elderly — all are the same at McDonald’s. My supervisor was standing patiently behind me in line. At McDonald’s, food seems to arrive before you even finish your order. I thought that was magical. “How can I help?” came the voice of a young server. I ordered a “Quarter Pounder,” which I’d heard another customer in the line order. But ” Cheese No!” I pleaded. Cheese for Arabs are live food, eat it with cucumber and tomatoes, not cooked with beef. Americans don’t leave well enough alone, adding caramel to my beautiful apple at the State Fair, an original sin, and chocolate to hummus at the supermarket, a gastronomical blasphemy.

The Dinkytown McDonald’s was more than a place to eat. It was a refuge and a sanctuary. I waited for the 6A bus there, took cover inside when it rained or snowed. It is where I had my first Happy Meal when I wasn’t happy, enjoyed my first American cup of black coffee, the place to go to avoid my psychology class as a student at the University of Minnesota, and went on my first cheap date. Meet after Friday prayers and stopped by after I got my green card to be a real American.. Now all these memories are buried under the rubble and the ruins.

McDonald’s impact on American’s life and culture is deep and lasting. McDonald’s helped liberate the American homemaker from the kitchen to the couch; American women now spend more time watching cooking shows than cooking. McDonald’s helped take the reverence and fear out of dining in America. Kids don’t ask what’s for dinner anymore. People don’t have to be home at dinnertime. They just drive through the nearest McDonald’s for a refill. It is the simplest decision an American makes all day.

Americans’ affinity with McDonald’s starts at an early age; when parents drive their kids to the neighborhood McDonald’s.  McDonalds never was about eating, it is about simplicity and welcoming. It is the safest place for families with obnoxious children. Children can’t get hurt or break anything at McDonald’s. No spoons or forks; plates and cups are all paper or plastic; tables and chairs are bolted in the floor.

The impact of McDonald’s on life and our culture doesn’t limit to America it is is global. McDonald’s is an American ambassador in every country and they do a much better job than our military,   invading other cultures spelling no blood.   McDonalds in Egypt is a landmark a hub for those who seek a westernized modern experience,  are a bit different. The French fries and Big Mac are bigger, and they offer Mcfalafel. A Quarter Pounder may cost almost the equivalent of a day’s salary for an average Egyptian. Some Families are sitting inside while their Nannies are watching the babies outside. Egyptians at McDonald’s eat fast food slowly.

I was in Egypt, during the “Arab Spring”  I visited the McDonald’s nearby Tahrir Square in Cairo. Protesters had gathered there to take a break from tear gas and police brutality. The place was noisy, more conversations than eating going one . A stocky, bearded man with dusty clothes stormed through the door and asked the manager if they had water for Wudu (praying wash). “We don’t have any water,” the manager fired back.  The disappointed bearded man  walked away.The manager then turned to me and said, “They [protesters] are destroying our business. I wish they all went to hell” Cairo McDonald’s didn’t serve any Happy Meals that day.

Ahmed Tharwat, host and producer of the local Arab American TV show “BelAhdan with Ahmed,” writes for local and international publications. He blogs at Notes From America: www.Ahmediatv.com.

Read it at the StarTribune

Dont forget to subscribe to my page here to get all the updates ..

We cant do this without your support, please help us to tell our stories: Donate! 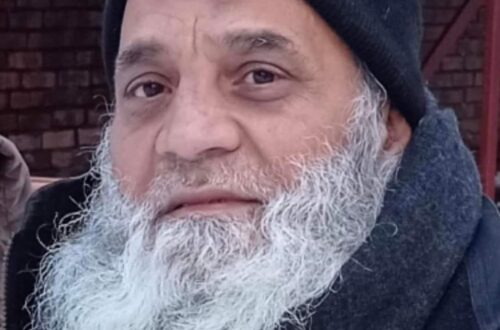