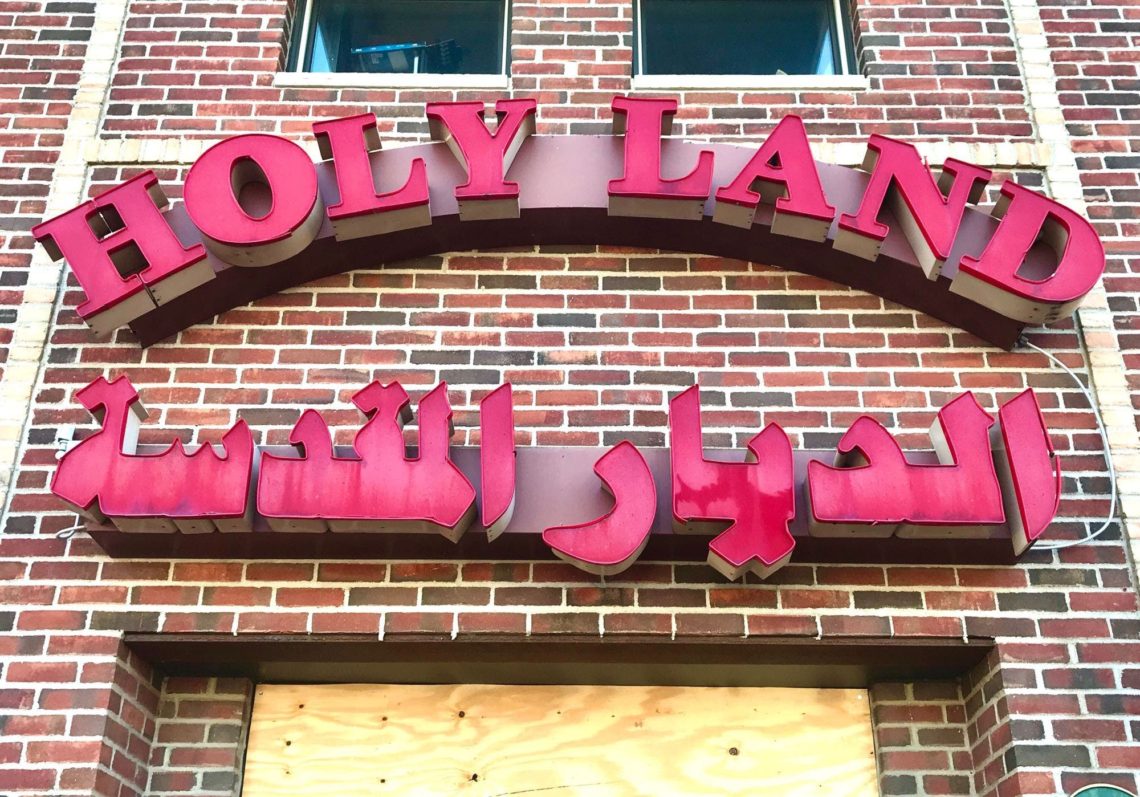 A few summers ago, it was Friday noonish, and I was standing by the door of Holy Land Grocery in Northeast Minneapolis. The place was vibrant; people were coming and going at a fast pace. A Somali man in his ironed white khamiis was rushing out of the door carrying some grocery bags. A policeman hanging around outside seemed concerned and confused by the man. I told him to relax and that the man was not shoplifting. “He probably wants to get home to beat the products’ expiration dates.” True story.

Unless you were in COVID coma or under strict quarantine, you probably know by now the debacle around the Holy Land Grocery. To recap, the owner’s daughter, Lianne Wadi, posted racist comments on social media, which were recently dug out and brought to the attention of the public creating a huge reaction. Let me be clear here. The postings were repugnant, racist, xenophobic, antisemitic, and homophobic, too.  That clarified, these comments were posted between 2012 and 2014, however, when Lianne Wadi was only 14 she assimilated too fast. That is not by any means an excuse, which she even said, “I was so shocked that I even posted something so offensive,” she wrote. “I recognize the gravity of my words and how hurtful they can be and how hurtful they were. I wasn’t thinking. I was a teenager at the time (although my youth is not an excuse).” she wrote.  When the Holy Land CEO Majdi Wadi, Lianne’s father, fired his daughter, who had up to then been the catering manager for Holy Land.

A huge outpouring of comments, debate, and reactions range from condemnation to death threats ensued.  Many boycott campaigns emerged from the community and businesses, a kind of #MeToo moment for the community. It seems that anyone one with a smartphone starting a boycott petition. Of course, this debacle is taking place during the biggest anti-racist intifada in modern American history with everyone on edge.

I know the owner Majdi Wadi, and we worked together on several community projects from time to time. Naturally, we had our agreements and disagreements as well. You would expect this from two people with different mindsets: he is a high energy businessman and I’m a low energy media man.   However, I’m not here to defend Mr. Wadi. Clearly, he needs to come clean and face up to any and all accusations and prove to his customers, as he states on the Holy Land Facebook page, that these racists comments don’t reflect his own values or the Holy Land values and culture.

Although Mr. Wadi and I have not been on speaking terms for years, I invited him for an interview to explain himself and answer some of the questions raised, we are still waiting for his response. The question that he needs to answer is an old Watergate one,  “What did he know, and when did he know it?” Clearly, customers have the right to boycott Holy Land, or any other products or businesses that they don’t share the same values with. Mr. Wadi himself boycotted Danish products a few years ago during the debacle of the offensive cartoon of the prophet.

The issue being raised here is the fear of a lynch mob mentality sweeping the community, accusing all Arabs of being racist, and anti-black.  The reactions of some of the businesses in Twin Cities who are dropping Holy Land products is as if the owner, an immigrant himself, was a slave trader, not a purveyor of Middle Eastern products.   Self-righteous co-ops, such as Seward Co-op  , Lakewinds  and other venders, have had a liberal snap moment and proudly announce to everybody that we don’t sell Holy Land products anymore. Holy Land Hummus brand suddenly became a product of Hamas.  The same businesses that may carry products from Israel, accused more than once of supporting a system of apartheid toward Palestinians, are now boycotting and trying to destroy a small company of a Palestinian immigrant. Congress even made it illegal to boycott Israeli products, for god’s sake. People who seemingly have chips on their shoulders now are acting as if boycotting Holy Land will solve racism in this country.

The Holy Land story is a succus immigrant story.  Mr. Wadi came to this country, worked hard, and has contributed to the Twin Cities community more than Hummus, he gave our community a refuge a cultural reference liberated our ethnic food out of the ghetto section in a major supermarket.  Now is the community going to abandon and marginalize him at the first sight of mistake, appalling as it maybe? It seems that immigrants and people of color don’t get a second chance in this country, but Walmart, Target,  Amazon, GM, and Facebook do.  Holy Land deserves a second chance and an opportunity to make it right. Arabs lost the Holy Land to Israel in 67; now, a Palestinian immigrant who worked all his life to build his store Now is threatened of losing even the right to have the name Holy Land on his storefront.

The problem of racism in this country is bigger than Holy Land, but Arab-Americans need to face up to their own role in perpetuating it. In the Arab community, calling a black person a slave (Arabic Abd) may come as a surprise for most, but it happens more than we would like to admit. This prejudice toward dark-skinned people. However, it never amounted to the racism that we have here in America. As Professor Slisli explained in a recent conversation on my show YouTube, racism in America is the most sophisticated, comprehensive system that is supported by science, history, economics, education system, biological research, and culture.

The Arab American community must face its own prejudices, bigotry and biases, much of these the residual effects of colonial history and pure ignorance of Arab history and culture. Arabs themselves are people of color, our heroes were blacks, our prophets were blacks, our teachers our neighbors and friends were blacks. In most cases, immigrants come to this country and adopt the attitudes of others around them, which are racist attitudes toward blacks. As Dr. Sanna Towns, a civil rights activist said on my show, ”They see the hierarchy in our social order, and they side with the winner’s side…” There are no immigrant groups to the US who can absolve themselves of not assuming some level of anti-black racism as they attempt to find the ever-elusive American Dream” she added. Arabs and other immigrants need to educate themselves about black history, the lack of justice, and the civil rights struggles. Our Imams spending more time talking about washing and cleaning our butts rather than cleaning our heads from bigotry and prejudice.

They need to realize that without blacks’ struggle most of us wouldn’t be here. The Somali community with their energy and political activism has changed the way people talk about Muslims and immigrants, Representative Ilhan Omar has don for the Palestinian causes in one year more than what Arab leaders have done for years, she has changed the narrative here in America. Arabs and Pan-African’s struggle against the colonial project in Africa is undeniable.

The killing of George Floyd and protests against racism and police brutality will not happen in vain. In this sobering time of our country’s shared grief, we all need to change.

Please Support our Independent Journalism… Donate .. a click away

Read it at StarTribune.com

My Iftar Under the Allianz Stadium Tent! !!