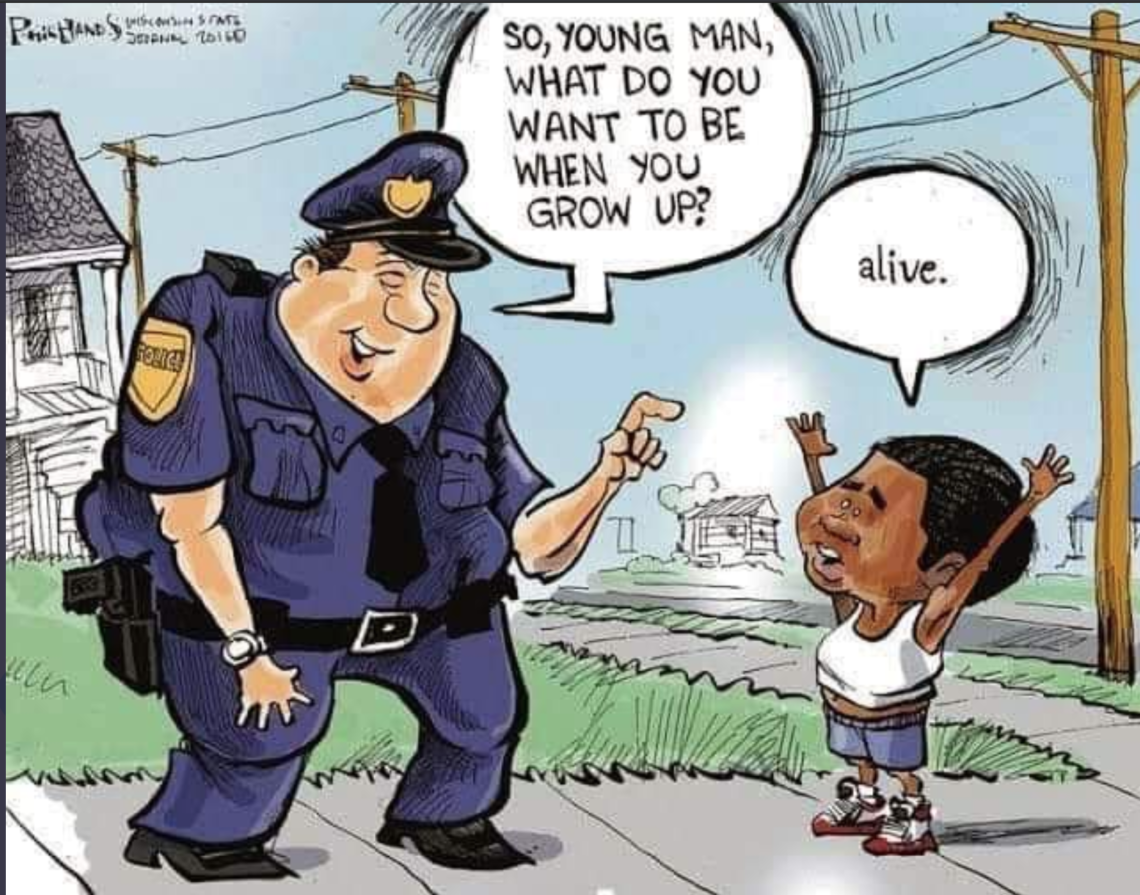 The killing of George Floyd, by a white police officer, triggered lots of debates and uproars in America and around the world.  Minnesota Attorney General Keith Ellison took over the case arresting all four officers involved in the killing of George Floyd and elevated the charges against them. Ellison asked activists and protesters to grant him some “space” to persecute the case. “it’s hard to convict the police” in such a case.” he said on Monday. The history of police brutality and violence against blacks is long; many police officers are murdering blacks and getting away with it.

Ellison is the first black and the first Muslim  to be Minnesota Attorney General. His Islamic background and teaching could help in this case and bring charges against the four officers. (don’t leave yet, stay with me, keep reading, not applying Sharia here). Islam teaches us the horrific consequence of killing an innocent person; the holy book talked and gave us details of the rules of engagements The Quran has a verse about the killing of life that I never fully understood until now. The verse is bold and uncompromising; it shed light on the tragic consequences of the killing of a human being. We all affected; we all share life and living. It stated unequivocally that “The killing of a one-person is as horrific as the killing of all people.” The verse didn’t stop there; it continues, “… and the saving of a one-person from imminent killing is as amazingly as saving all people”. The most comprehensive Samaritan law enforcement that you would ever see or could imagine. We, as humans, are all connected by our action and inaction; good or bad, We are all responsible villain or victim, we all pound to pay the consequences. When the white police officer Derek Chauvin beheaded George Floyd, an unarmed handcuffed black man with his knees as he pleaded “I Can’t Breathe” . The other three officers had a chance to do something to save the life of George Floyd and failed. The beheading of George Floyd in public took almost 9 minutes as those three officers stood and watched as enablers. Derek Chauvin’s action embodied a long history of systemic racism that lasted 400 years. In Albert Camus Book “The Stranger,” where the main character killed an Arab who was sitting on a beach in Algeria for just looking at him, he lived the suffering of not being able to explain why or his motive than that he was a stranger. Derek Chauvin didn’t know that George Floyd, was a father of two girls, name Gianna and Roxie, he has a sister and brother, had a mother who passed away two years ago.

The image of Derek Chauvin’s cold frozen face denied  George Floyd to breathe; he represents a racist system that has been for a long time denying blacks to breathe. Derek wasn’t moved by George Floyd’s plea, “Please, I can’t Breathe”.  Derek Chauvin wasn’t shaken by George Floyd’s last cry  to his mother, “Momma! I’m through,” as a sacred innovation and assured memory.  LONNAE O’NEAL wrote. George Floyd was killed as the other three officers stood and watched. Racists America and those enablers in our legal, police, racist system and culture which stood and watched killed George Floyd.

Our racist politicians, those enablers who stood and watched, are wondering what “If we have stopped a racist law or a bill that ended up imprisoning and caused the killing of many blacks. These may have saved a lot of innocent black lives”. President Trump came out of his bunker, holding the bible upside down and backward, threatening Americans with more violence. Democratic presidential hopeful Joe Biden came out of his coma with his big idea to deal with the situation; “Training police to shoot blacks in the legs instead of the shoot to kill one.” General James Mattis denounces President Trump for using the military against protestors; The mad dog general believes that our military should only kill color people oversea. They have killed blacks while walking, jogging, running, or even sitting. They have been killed in the streets, at work, homes, parks, and shopping malls. People have seen blacks killed while holding toys, skittles, or their wallets. ; they have murdered them for being blacks, and we all stood and watched. Lots of Americans now realizing that not just Derek Chauvin is guilty of the killing of George Floyd that memorial day. We all as guilty of Aiding and abetting violence committed against blacks. Like those three officers, we all stood and watched.

I DIDN’T COME FROM A SHITHOLE NATION!