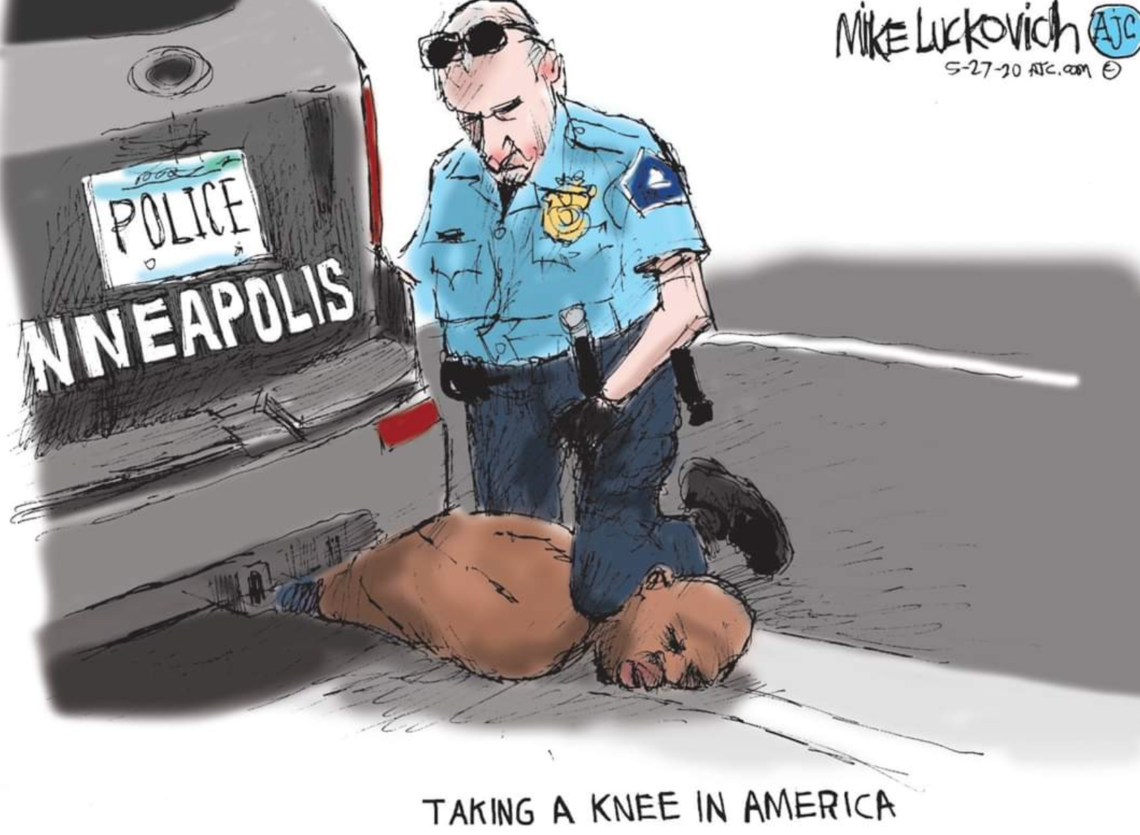 On Memorial day, two simple phone calls to the police ended up tragically ,  both shook the nation to the core Amid pandemic.  They revealed, and exposed two realities in which two communities live divided by the color of their skin. At 8 a.m. Monday, Amy Cooper, a white woman, was walking her dog in Central Park New York. Christian Cooper, an avid birdwatcher who happened to be black. Both have same last name, and that where the similarities between them end. Mr. Cooper asked Ms. Cooper to put her dog on a leash as she should. Ms. Cooper took an issue and got into his face, she threatened him that she would call the police and tell them “An African American Man is threatening her life”   Ms. Cooper assumed what millions of white folks do that the police would be on her side because she is white and he is black. This call on the black man didn’t end up as tragically as they usually do when people, call police on black men, Ms. Cooper instantly became a household name Amid pandemic. Her video went viral; millions watched her idiotic racist behavior. She lost her job and her dog too,

Ten-hour later and 1200 miles away in south Minneapolis, MN, another call to the police was made that ended up tragically different. A Supermarket clerk called police on a 46-year-old black man, George Floyd, and accusing him of  forging a $25  check, “he left the store and he seemed to be drunk ” as in the 9/11 script. “Minneapolis police sent four officers to arrest Mr. Floyd. As the video showed, they dragged the man from his car, and a white officer by name Derek Chauvin seen putting the handcuffed black man on the pavement and forcefully pinning his neck down with his knee for almost 10 minutes, that seemed entirety. Mr. Floyd was gasping for air; you can hear him pleading for his life. “Please, I can’t Breathe, I can’t breathe,” an Eric Garner, tragic moment. Mr. Floyd, his last words a call to his mother, whom she died two years ago as she was there, “Momma! I’m through,” as a sacred innovation and assured memory.  LONNAE O’NEAL wrote. The video of black men killed in the custody of the police shook the nations—millions of blacks can relate to the savage imagery of white police brutality. Major protests brook out in Minneapolis and other major cities . Lots of whites joined the riots, sharing the grief trying to wash off the shameful American racist history in the streets.  President Trump, outrageous tweet that Twitter flagged it for inciting violence. ” When the riot starts, the shooting starts” Trump got it all in revers, ‘actually when the police shoot, the riots start. Cheering the Riot to Shop over the Riot to live!! The history of racism is old and complicated since the slavery era. It is embedded it in every aspect of our lives, culture, and institutions. Police brutality and the killing of black men have become daily news. “The chief purposes of the police in America is to protect middle-class white from blacks,” once told me a former public persecutor. Ms. Cooper, who is a supporter of Hillary Clinton, and progressive causes, as Van Jones explained on CNN,  “It’s not KKK, its white liberals who are weaponizing race! ”  those white liberals Obama/Clinton supporters could snap any minute and show their true colors. Ms. Copper the white liberal Central Park caller was wearing a mask to protect herself from corona viruses, could not, however, mask her racism.  The people making those fatal calls not just from the right wing Trump supporters racist whites.  They come from across our political spectrum from liberal Obama/Clinton supporters too. The white northern liberals don’t mind blacks moving higher, as long as they don’t  move closer, where southern conservative don’t mind blacks moving closer as long as they don’t move higher.. Theas calls could come from your  friend, your professor, your taxman, shop owner, a new immigrant, your wife, your neighbor, your dentist, and your handyman. The irony here people call police on blacks when blacks when they are unarmed and are doing normal things that whites take them for granted. Things like Jogging, driving, shopping, playing with toys, or sleeping in their own homes.. There are 1225 blacks killed on the hand of the police since 2015.    NPR,  had a list of final moments and what some black men doing before the police ended their lives.  Eric Garner had just broken up a fight, according to witness testimony.

Ezell Ford was walking in his neighborhood.

Michelle Cusseaux was changing the lock on her home’s door when police arrived to take her to a mental health facility.

Tanisha Anderson was having a bad mental health episode, and her brother called 911.

Tamir Rice was playing in a park.

Natasha McKenna was having a schizophrenic episode when she was tazed in Fairfax, Va.

Walter Scott was going to an auto-parts store.

Bettie Jones answered the door to let Chicago police officers in to help her upstairs neighbor,who had called 911 in order to resolve a domestic dispute.

Philando Castile was driving home from dinner with his girlfriend.

Botham Jean was eating ice cream in his living room in Dallas, Tx.

Atatiana Jefferson was babysitting her nephew at home in Fort Worth, Tx.

Eric Reason was pulling into a parking spot at a local chicken and fish shop.

Dominique Clayton was sleeping in her bed.

Breona Taylor was also asleep in her bed.

And George Floyd was at the grocery store.

Amy Cooper, the Central Park caller, later complained that all ruined her life,  lots of black men didn’t have that luxury.

My Interview with a social activist