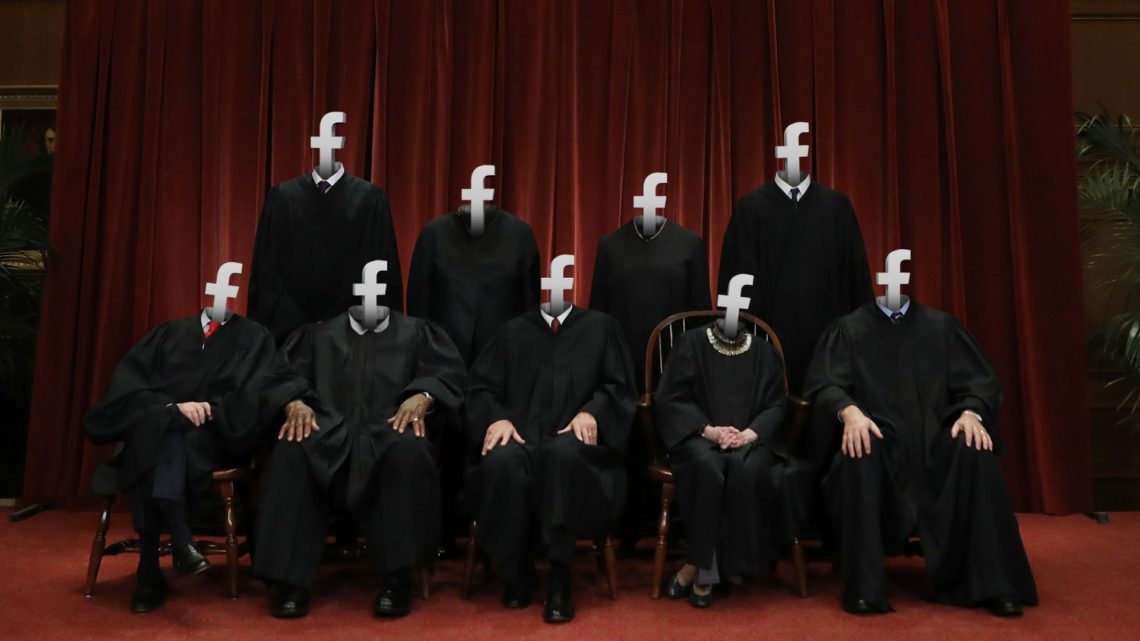 Muslims are imposing their Sharia on America,” you hear it everywhere, not just from right-wing nuts, but from politicians, talk show hosts, and TV pundits. This irrational fear of Muslims and Islamic Sharia doesn’t transcend to the secular Sharia of these big tech companies, Google (one nation under Google), Amazon, Apple, and Facebook. WHich control now everything we do our movement, our inner feeling, and the most intimate behaviors as the Guardian reported in its review of Shoshana Zuboff book, The Age of Surveillance Capitalism.

After years of anticipation and lengthy debate, Facebook just announced that it would have an independent panel, act as an Oversight Board, a group of experts to monitor issues and contents that may be controversial. As “Wired reported, “Think of the Oversight Board as kind of a Supreme Court of Facebook, the top court of appeal on what goes down and remains on the News Feed and Instagram.” The Oversight Board is the jurors who will have the final judgment, and their site says—ensuring respect for free expression through independent judgment.

What is interesting is that the 20 members of the Board have one Muslim, activist Tawakkol Karman, the face of the Yemeni Arab Spring revolt, and 2011 winner of the Nobel Peace Prize. Tawakkol Karman is facing targeted criticism even from pro-Saudi, and UAE news sites and social media.   Reported MEE. This mostly for political reasons and tribal jealousy. The west criticism of having a Muslim on the Facebook Oversight Board, usually based on irrational fear, phobia of Muslims, and Sharia laws.

“Muslims are imposing their Sharia on America,” you hear it everywhere, not just from right-wing nuts, but from politicians, talk show hosts, and TV pundits. This irrational fear of Muslims and Islamic Sharia doesn’t transcend to the secular Sharia of these big tech companies, Google (one nation under Google), Amazon, Apple, and Facebook. WHich control now everything we do our movement, our inner feeling, and the most intimate behaviors as the Guardian reported in its review of Shoshana Zuboff book, The Age of Surveillance Capitalism.

“Originally intent on organizing all human knowledge, Google ended up controlling all access to it; we do the searching, and are searched in turn. Setting out merely to connect us, Facebook found itself in possession of our deepest secrets. And in seeking to survive commercially beyond their initial goals, these companies realized they were sitting on a new kind of asset: our “behavioral surplus,” the totality of information about our every thought, word and deed, which could be traded for profit in new markets based on predicting our every need – or producing it” The issue here is not our privacy, but their primary purpose is controlling our behavior and our decisions. The Facebook Oversight Board will set up Arbitrary standard guidelines of an organization that has more followers than Islam, Christianity, and Judaism put together; more than 2.5 billion active users monthly, and we all have to adhere to their secular sharia rules. The followers of this new religion have to submit to Facebook and give their most private personal data and share their private lives with them. In return, we can socialize, chat, and live our virtual lives. Contested cases are judged by five-person panels of Oversight Board 20 members. Facebook’s Community Standards team—those the jurors /Fiqh of Facebook, will have the last word on a whole range of issues. As they say, they will override facebook god, Mark Zuckerberg. We are all watched and screened by this new Facebook moral cops, which started out as a group of 20 people responsible for the daunting task of interpreting Facebook Sharia, those elites deciding who is naughty and who is kind and deserves a lot of likes. The group’s geographic representation is leaning to the West. “Undoubtedly, critics will seize on the geographic imbalance among the members. Facebook divided the world into seven regions. Choosing four members from Europe, two from sub-Saharan Africa, two from the Middle East and North Africa, two from Latin America, two from Central and South Asia, three from the Asia Pacific, and five from the US. Even though fewer than 10 percent of Facebook users are American,” reported Wired Magazine. However, Oversight Board Sharia law is arbitrary general standards that applied across the globe, many countries, and many cultures with many different community standards. So what is prohibited in America isn’t necessarily banned in Mexico, a woman can’t show her nipples in America but may be allowed to do so elsewhere. For example, Sharia says about that: “while we restrict some images of female breasts that include the nipple, we allow other images, including those depicting acts of protest, women actively engaged in breastfeeding, and photos of post-mastectomy scarring. We also allow photographs of paintings, sculptures, and other art that depicts nude figures.” The New oversight Board has to figure out complicated issues that seem troubling for years. Decide on what is halal or haram, hateful spaces, fake news, sex, violence, and digital bullying! When it comes to punishments, according to Facebook Sharia, “If a Page posts content that violates our Community Standards, the Page and the Page admin responsible for posting the content receive a strike…” The number of strikes you can get before your page is taken down or account closed on Facebook’s discretion; “… how many strikes you have before you are kicked out of the Facebook tripe and become “kafer” infidel – “we do not share the specific number of strikes that lead to a temporary block or permanent suspension.” Facebook Sharia is far from specific. It keeps us guessing and makes us worried, which is a very efficient way of controlling millions of people’s behavior without actually having to watch each and everyone; as in religion, followers have to fear god’s punishments. The French philosopher Foucault famously explained in Discipline and Punished; The Panopticon idea, which was a design for a circular prison building dreamed up in the eighteenth century by the philosopher Jeremy Bentham. The idea was to enable a solitary guard in the center of prison to watch over a large number of inmates, not because he can see all inmates at once, but because the prison design kept prisoners from knowing who was being observed at any given time.

Facebook, the new secular religion, with its Sharia, while everyone is being watched and is fearful of its punishments, single-handedly redefined entire ranges of emoji covering much of humanity. 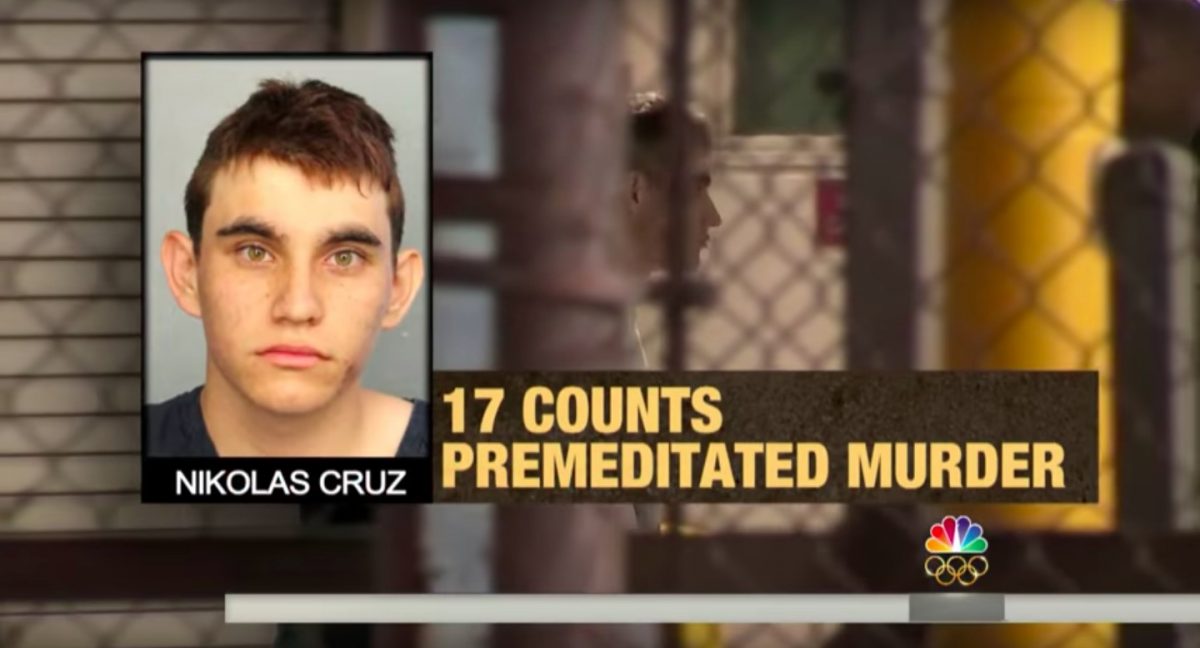 A TALE OF TWO TALIBAN!!