Egyptians don’t seem to be in a hurry in their lives, usually late, and take their time.  They have mastered the art of sitting and doing nothing as a form of civil disobedience. last Saturday, however, millions  were rushed to  decide on a constitutional  amendment referendum that would give Abdel Fattah el-Sisi more power and the possibility of staying in office until 2030. The current constitution limited the president to only two terms, four years each, el-Sisi already in his second term. The referendum wasn’t debated, discussed in public, and nobody knows the exact details and ramifications. Egyptians have to take el-Sisi’s word for it, and mark Yes on the ballot.

A national campaign badly needed , “Say yes for Egyptian security”, and “Say yes for Egypt’s future”, millions of signs covering Egypt, everywhere; streets, billboards, headlines, TV/Radio 24/7 announcements, talk shows, pundits, flying in the skies cars, buses, riverboats, even written on donkeys. The walls where revolutionary graffiti saw its heyday during the Arab Spring have now been washed off and replaced by pictures of el-Sisi mania and Say Yes campaigns.

Government institutions, mosques and churches leaders urge their followers to go and say YES,  employers send their workers to say support the YES camp, police, army, judges, head of unions, head of Universities, were all on board cheering people to Just Say YES for the future and safety of Egypt. Let el-Sisi continue his mega plans for Egypt, goes the argument. Egyptian dictators treat the constitution like a car that needs to be upgraded and changed every few years.

The biggest challenge to election officials was that there weren’t enough people as excited as they were about the referendum. Egyptians are still skeptical, millions planning on staying at home and boycott the sham election.

Oppositions inside Egypt or whatever left of it, were driven underground or to the cloud of the internet, the most oppressive regime didn’t allow any voice of decent, millions of sign spreading all over Egypt, asking people to say YES, still the security arrested a one man by a name Engineering Ahmed Badway for standing by himself in an empty street with a sign on a piece of paper  “Say No to the constitution amendments.

Oppositions outside of Egypt was vocal, they were divided to two camps, a cam asked people to totally boycott the sham referendum and stay home, the other camp, asked supporters to be visible, dress black and go to the polls and say No,. “we need to expose them, we need to let them know our votes counts” explained organizers.  This campaign was led by two Egyptian filmmakers, Amr Waked and Khaled Abol Naga, who are in the US now., they been accused by elSisi henchmen and media of being unpatriotic, and traitors, and of being homosexuals which is a stable accusation of political activists and oppositions in Egypt.  The two filmmakers , risked their career to stay tru to the, Jan25th revolution principles , they were kicked out of Film Guild association, demonized in local media and their passports were revoked. The election officials know you can’t fake an election if nobody shows up at the polling stations. As an Egyptian politician movie character once said to a community organizer, “the voters’ job is to show up, vote as they wish, the election results is our job.” 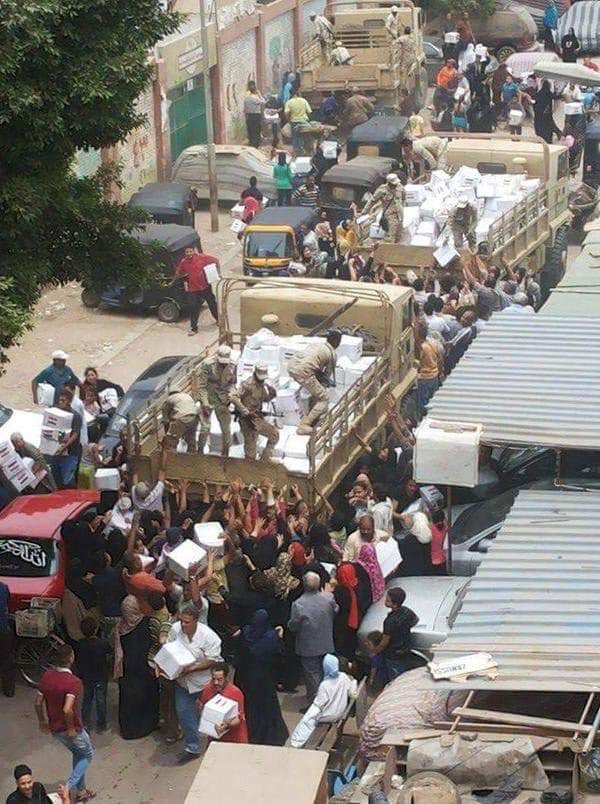 To entice people to show up at the polling stations, the government launched a massive nationwide campaign of bribery and collusion with wealthy business elites, where money, phone cards, free rent, free medicines, and  illegal drugs were seen distributed in the street. The head of Cairo University promised students an extra 5% grade to all students, “ You are the future of Egypt, what is a 5% extra for the sake of Egypt,” he lectured the crowd inside the university sanctuary campus.

Police cars, trucks that are usually for taking political oppositions away, were seen taking people to polling stations. Ambulances that don’t usually respond to emergency calls, were seen carrying voters, a man with no feet was seen being carried to a polling station; talk about voting with your missing-feet. Public transportation, trains, buses, and subways offered free rides to voters.

People were seen  gathering in front of the polling stations to dance for the cameras and displaying their fingers with the phosphoric pink ink, a proof of voting.

Egyptians dance in public places to claim it, so they dance  after they

cast their votes that they know won’t count for the enetarining value.  TV talk show host, Emad Adeeb, describe the election dancing as an expression of  national joy and a welcoming gesture to a great leader (el-sisi)   as muslims did in Madina,  welcoming their prophet 1500 year ago. which triggered a huge backlash on social media, accused of blasphemy of the over the top,  so eager comparison.

Emad Adeeb, the dancing in front of polling stations as old as ancient Egyptian and as religious as the welcoming of the prophet in Madina, 1500 year ago.

Polling stations  in Egypt, unlike here (churches) are not held in Mosques, too risky,  only  one million march  comes from  mosques, Polling stations are set up however inside  public schools that are surrounded by military brakades, soldiers and securities ; which not very inviting for someone planning on saying No to the military man.  In the 60’s as a youngster in my village school, I saw how  my teachers, principals,  and wealthy farmers gathered together to make sure then President Nasser is the winner, even if there wasn’t anyone running against him, still it took a village to fake an election.

However, one of the  vote bribe used to entice people to go to the ballot box that got all the attention was, (el-Kartonah) the Grocery Box. The military, who brought el-Sisi to power, were not going to let their man down so they sent the troops to the battlefield, military trucks seen in the streets handing out grocery boxes (el-Kartonah) to potential voters, a box full of ROS , rice, oil, sugar,. The lines at the grocery box distribution centers were much longer than the lines at the ballot boxes created an embarrassing to election officials.

El-Sisi, who earned so many unflattering nicknames, since he came to power,names like Halawah, (sweet), Balahah (date) beggar, Awaad, the Pimp, has now earned another name that is floating on social media and activists started having fun with it: Abu-Kartonah, the father of Carton, referring to the grocery box bribes.

Egyptians are naturally religious people, so miracles start happening  inside polling stations, a cripple started walking, a blind man got his sight back, “Now, I can see, I can see you now” he screamed at the election judge. Dead people’s names miraculously appeared on some ballots. Polling stations performed miracles besides faking an election.

This referendum took three days, and that was the easy part, producing the results or turnout numbers are the hard part. election transparences didn’t exist, media weren’t allowed in polling stations,  judges were governments officials and sisi supporter. The government officials denied any wrongdoing, “everything went smooth as planned” stated an election official, and as usual accused the illegal Muslim Brotherhood organization of being behind the Kartonah bribe debacle, “to distort Egypt’s image in front of the world” he explained. 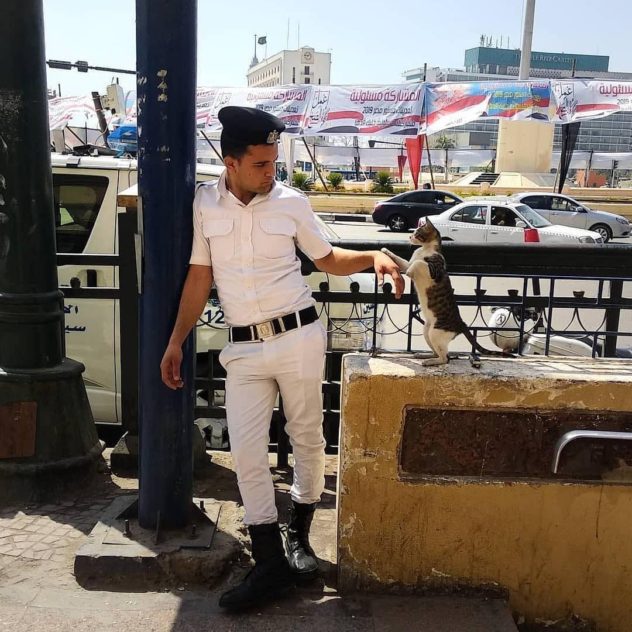 The referendum turnout was so low an election official threatened to prosecute anyone who made it public, before they publish the official one, the fake ones.  A website editor, Masr-Alarabia Adel Sabry, was arrested for publishing an article about election fraud, the official results came out swiftly, without any details of regionals, states, turnouts, just a Pull park figures, of 88.83 percent said yes to the constitutional amendments, 11.17 percent said No, and 3.07 percent votes void, that miricuselly  adds up to 103.07 percent.  which begs the question why a dictator who came to power on a tank, goes through all these troubles to have a constitutional referendum in the first place. This referendum was like the wedding of a rapist , who wants to perform  virginity test on his victim before marriage. 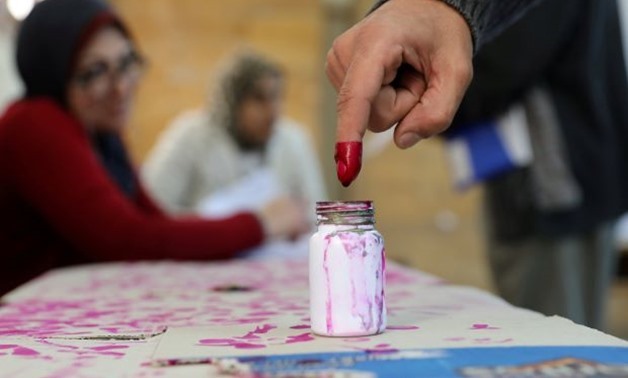 Read it at Tucker Magazine