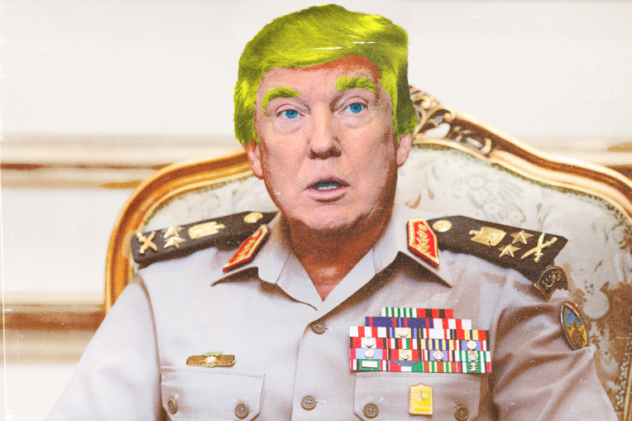 General el-Sis in one of his bizarre revelations, told the Egyptian people that make he is blessed by a divine wisdom. Hearing this, his philosophy is that leaders around the world listen and study him.

Everyone was laughing and social media broke up with jokes and satiric postings, but apparently, Donald Trump isn’t laughing! He agrees with what General el-Sisi says and does! They both have many things in common!

Donald Trump and General el-Sisi brought the worst and best out of their people. Trump’s draconian executive order banning Muslims, brought thousands of airport protests around the country demanding we welcome immigrants.

Early last week and a day after his inauguration, I went to cover one of the biggest protests at the Minnesota state capitol. The Women’s March saw almost 100,000 people showd up to protest Trump misogynist rhetoric and attitude toward women. The morning was cold, misty and cloudy, little by little the crowd trickled down into the capital building. Women brought their families children, friends and angry signs.

It felt like Tahrir Square without the tear gas and heavy security presence. The chanting, the energy the spirit and the overwhelming joy of just being there, was a Tahrir moment. People at the state capital that day, like Egyptians at Tahrir Square, were charged up, empowered by their togetherness.

Immersing myself in the spirit,  I left my bag on the steps of the State Capital and stepped out to do some video shooting of the crowd. I roamed around talking to different groups and listened to different grievances. People were very open and articulates.

I came back later to pick up my bag. There were a few policemen standing at full alert. I wasn’t sure what to do but realized ANY hesitation would look suspicious. I calmly walked toward my bag, “Stay away please” one of the officers politely instructed me. “This is my bag.” I told him. The radio crackled “ …owner is back, it is ok…” the officer assured  capital security on his phone.

Interestingly, for Americans, this was a safety issue. In Egypt this would have been a media exposure issue. The officer did not care if I had a camera or was covering the protest.  When I covered protests in Egypt, security stopped me and took my camera. They did not even care if I had a bag. For Egyptian security, it was an exposure issue, not a public safety one.

The Egyptian despotic system is afraid of his own people finding out the emperor has no clothes on.

Here the democratic system is not afraid of its own people. Americans aren’t as politicized and outraged as Egyptians. However, Trump and el-Sisi still have lots of similarities. Some leader like Nasser, Kennedy and Eisenhower are transformative leaders.

Both Trump and el-Sisi can be called trans-inward leaders. They want to take their country back and transform it inward, without a vision or sense of history.

Both leaders are fascist, xenophobic, misogynistic, paranoid, incompetent puppet of the power they surround themselves in.

Both are leaders who bring the worst out of their respective people. This includes tribalism, anti-intellectualism, nativism and hyper-nationalism.

Both are populists who demonize their opponents and any voice of dissent.

Both use religion as a veil for their crimes and disregard to human descent.

Both demagogues are the result of counter revolution to a progressive movement.

Both appeal to the disfranchised, racists, xenophobes and angry voters.  El-Sisi committed the biggest massacres of Egyptian modern history, imprisoned opposition members, suspended parliament, controlled media and like Trump thinks everything in Egypt is fake and he is the only one you should trust. “.. don’t listen to anyone, listen to me” el-Sisi advised Egyptians. 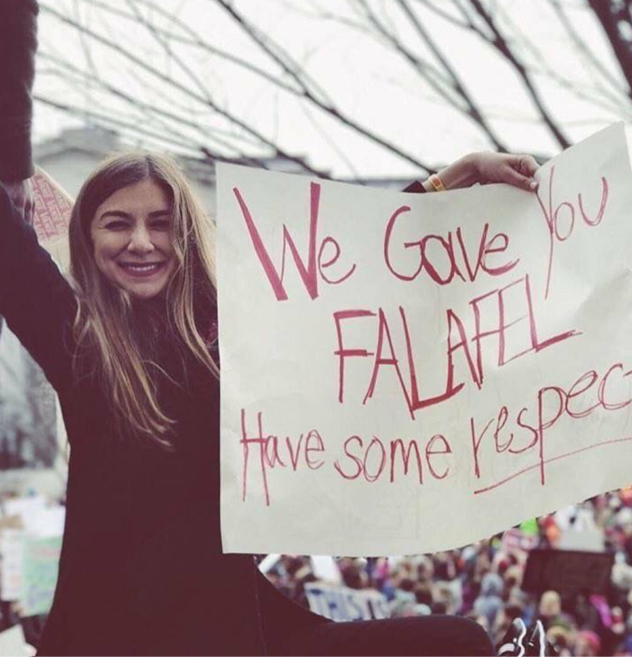 Both think they are above the law,  they spew lies and have no regard for facts or rational thinking.

Both struck a social contract with their base; I’ll deliver what you want make (make Egypt secular again, and America white again) and in return, believe in me, and accept my lies as facts.

Both leaders create a fake reality for their supporters in which they live waiting for their savior.

Both are anti-intellectual who use a six-grader vocabulary to simplify complex reality to their base.

Both are self-centered, maniacs who take no responsibility for what they say or do! Trump uses tweets to attack and discredit his opposition. El-Sisi uses leaks and security controlled TV to discredit anyone who disagrees with him, show compromising videos, wiretap private conversations, hack and spy on social media and nobody is spared their wrath.  Even Dr. Mohamed el_Baradi, Director General of the Atomic Energy Agency (IAEA) who conspired with el-Sisi to legitimize his military coup wasn’t spared.

Trump and el-Sisi, use patriotism and nationalist rhetoric to rally people around him. Let us Make America Great Again by Trump and “Egypt First” was used by el-Sisi to cover up his blunders and despotic regime. “I only look after Egypt” professed el-Sisi to his doubters about his failed foreign policy and re-alliance efforts with historical enemies like Israel.

Now Palestinians are the new enemy and the same with Trump. Russians are our friends, NATO is out of control and Mexicans are the bad guys. For el-Sisi and Trump supporters, everything is fake, everyone is dishonest.

Actually their leaders are the only authentic fake ones.

To leave you on a positive note,  the Americans are getting angrier and outraged, from Black Lives Matter to minimum wages rallies. These were the loud, the  vocal, and most unified. There were signs that expressed people’s anger and dismay all over the nation. There were signs that mocked Trump, joked, threatened, dared him, made obscene gestures and thoughtful ones. Many were clever and outrageous. Some were written on posters, cardboard boxes, banners, hats and even a baby’s forehead. 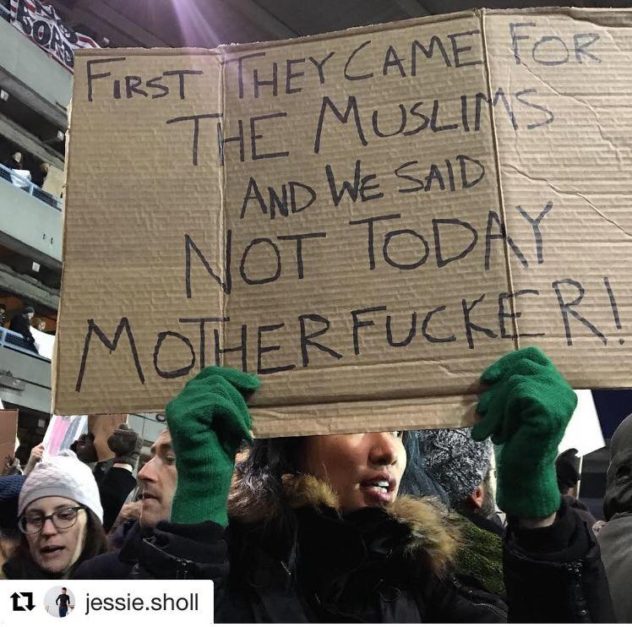 at captured the spirit of this day was circulating all over Minneapolis. It reminded us all of our banality, complacency and empathy. That sign quoted the words of the Lutheran pastor and theologian Martin Niemoller after Nazi swooped across and stole Europe: “FIRST THEY CAME FOR THE MUSLIMS, AND WE SAID NOT TODAY… MOTHERFUCKER”

I couldn’t have said it more articulately.

Link to video coverage of March

Ahmed Tharwat is a TV Host and Producer. His show BelAhdan with Ahmed Tharwat airs on Minnesota Public Television Mondays at 10:30 p.m. You can find his blog In the middle at www.ahmediatv.com and on FaceBook, Twitter, Google, Plus, LinkedIn – @ahmediatv