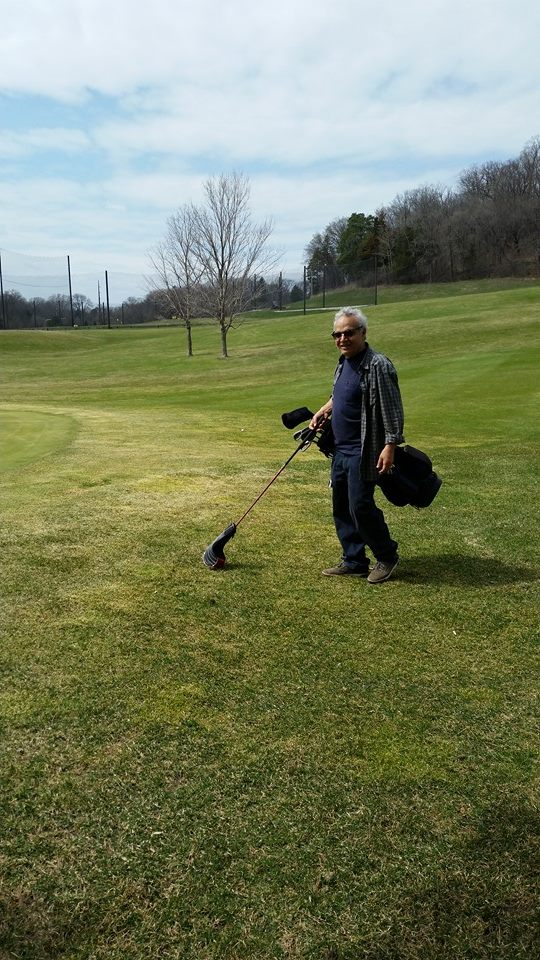 In sports as in life as you grow older, the game gets slower and the ball gets smaller (pun intended). For me, I moved from playing football (soccer), to tennis and now to the game of golf.
As a kid growing up in Egypt I had never had the chance to play this elusive game of golf or even see a golf course in person. But as Greg Mortenson, a controversial American social activist, in his book “Three Cups of Tee,” talked about an Afghani elder’s conversation with him while building schools for Afghani girls without consulting with the locals, “in Afghanistan” he advised, “First cup of tea you are a stranger, on the second you are a friend and with the third cup of tea you are a family member.” In golf, on the first tee shot we are just strangers. By the time we are on the fifth tee shot we are golfing friends. On the ninth tee shot, we are drinking buddies (non-alcohol for me, please).

For someone who played football (soccer), a game of proximity and improvisation, the individualistic and much disciplined game golf requires quite an adjustment.

Golf thrives only in a culture of abundance where each player brings his/her own balls, bag, shoes, umbrella, raincoat, hats, cart, clubs and caddy. Soccer thrives in a scarce culture. All you need to do is to show up at the park with the clothes you have on. No equipment needed, only one ball shared by all players, and a “one for all and all for one” team spirit. But in America, there doesn’t seem to be any respect for a sport that doesn’t use hands or equipment.

In soccer you can literally use your head, but shouldn’t think so much in handling the ball. It’s better to rely on your instincts. In golf you can only use your head to hit this small ball straight on the fairway, every time. Trying to make that little ball go where you want, is one of the most deceptively simple tasks you will ever encounter.

Your relationship with other golfers isn’t quite clear. They aren’t your opponents but aren’t your teammates either. It all depends on what is going to happen on the golf course. Fellow golfers want to score higher than you, but while you play they also give advice on how to best improve your game.

As an Arab-American, getting on the golf course for the first time is a refreshing experience and a wonderful treat. On a typical day, people assume I’m the authority on all things Arab. They ask me tough questions about the Middle East, what ISIS is up to or why general Sisi is getting into the construction business and building a new capital for Egypt. On the golf course, I’m not seen as a hyphenated American. Golfers transcend race, color and ethnicity; the only thing we see is the color of the green. We are just men in a man’s world, no cultural sensitivity or diversity training required. I’m just another golfer – a bad golfer maybe, but never a bad Arab.

One of the golf courses in town is surrounded by big houses. My crooked tee shot went straight to the high voltage tower and made a very loud noise! I told my American friend (a former public prosecutors), “I hope you don’t think that shot was a terrorist attack.” He gave me another ball to hit.

Our human energy is consumed with hitting this small ball. The exhilaration of smashing this ball onto the fairway overwhelms our bias, racism and ethnocentric behavior.

Golfing is a mental relaxation exercise, where your cognitive process is taken over by your instincts to stay the course. This is a quite a treat for an Arab-American who had been consumed by the never-ending political wrangling of biblical proportion, years of jihad over the fate of the holy land. In golf the only holy land that I care about is the golf course. This is the only jihad I have and I’m the only one who can do anything about it. Golf anyone?

Ahmed Tharwat
Host/Producer
Arab American TV show, Belahdan
“A show with accent for those without one”
Ahmed blogs at “Notes From America”
www.ahmediatv.com
www.twitter.com/ahmediatv
www.facebook.com/ahmediatv