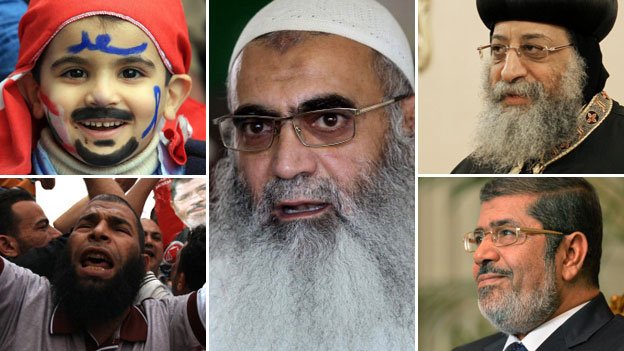 “He that hath a beard is more than a youth, and he that hath no beard is less than a man.”
― William Shakespeare, Much Ado About Nothing

Facial hair in Islam is complicated and the politics of wearing a beard brings lots of heated debate and political wrangling. Besides the religious and Sharia one the beard-wearing debate also has important cultural components to it, which it may entangle in and complicate the religious one. The Arab Spring and the election of President Mohamed Morse and the Muslim Brotherhood’s success in securing political power brought a new brand of Arab leader to the public arena — men with beards. Arab Military dictators don’t usually wear beards; they substitute big beards with big black glasses (no idea ). Some like Sadat and now Sisi shave their beards while letting their praying-mark (Zebeebah) grow. Other Arab dictators wore mustaches as a sign of vitality and masculinity. The look was popularized by Saddam Hussein of Iraq, where almost every man has a mustache. Saudi kings came up with their own goatee beards. Yasser Arafat, of course, had a soft beard, but to most westerners he simply seemed to be unshaven.

Beards come in different shapes, length and styles. They aren’t only signify different religious identities but have also socioeconomic implications that may be confusing for untrained Western eyes only exposed to terrorists with beards.

Yet many terrorists don’t have beards. None of the 19 hijackers of 9/11 had a beard. Right after the assassination of Sadat, and after Al Sisi coup lots of bearded men were randomly snatched out of their homes, put in jail and tortured. Their beards were sufficient evidence for incriminating them. Western media has focused on the attire of Muslim women, such as the hijab, but not enough on Arab men’s facial fashions. Growing a beard under Islam is mandatory for some men; for others it is a matter of identity and a choice, just like hijab for women.

According to brother Burhan from Islamhelpline.com, during the Prophet’s time growing a beard was considered normal and natural for a man. “The Prophet only asked Muslims to trim the mustache (as the Amish do) to distinguish themselves from the pagans” however the prophet left the details and the up-keep to interpretation and religious zealous.

Western men grow beards mostly for convenience or sex appeal. Muslim men grow beards to indicate their devotion to their faith. Among the Salafy (orthodox Muslim) the longer and more unkempt the beard, the more traditional and pious is the man.

The Brotherhood beard is more organized and controlled which a reflection of their organizational skills too. During the Jan25th revolution Salafy and Muslim Brotherhood had their one million man marches in Tahrir Square for. Each time the Square was full of bearded men, confident, proud and jolly. Unlike the Salafy, the Brotherhood beard seemed shorter and trimmed. The Salafy beard is rough, thick long and out of control. At one of the fast food chain overlooking Tahrir Square, the place was full of young revolutionaries who were taken a break.

Confident bearded men walked in and instead of asking for burgers or fries, they asked if they could do the pre praying wash (wodoua). After Military coup in Egypt, this toppled not only the first civilian elected president but toppled the first elected bearded president. During Morse’s one-year tenure beards are worn by almost everyone — taxi drivers, shopkeepers, teachers, ministers, bank robbers. Even policemen and some military personnel demand the right to wear beards. General Al-Sisi heavy-handed treatment of Brotherhood and his new jihad for “Moderate Islam” lots of brotherhood bearded men shaved or went underground away from public eyes. In ex- dictator Mubarak days, you didn’t notice bearded men that much; having a bearded friend in one’s group was a public eyesore, which could limit your access to only beard-friendly places. As private clubs and some restaurants started refusing to admit bearded customers, even have signs to profess their beard policy. At Egyptian airport (as in Western airports), you would see bearded men undergoing a lengthy humiliating facial profiling from airport security.

You don’t have to be a Salafy or a Muslim Brother to have a beard — even men of the secular left can wear a beard, a political one, as popularized by Che Guevara. In Egypt, in post Arab Spring elections beards have played a vital political role. Because many Egyptians are illiterate, people didn’t vote based on how long is candidate records, but based on how long is their beards. Officials use a pictorial ballot; and having a beard could give a candidate an edge. Egyptians voted heavily for bearded candidates Muslim Brotherhood and Salafy candidates have dominated. In hindsight, the problem with Morse and his brotherhood clans, they paid more attention managing their beards than managing the country affairs. 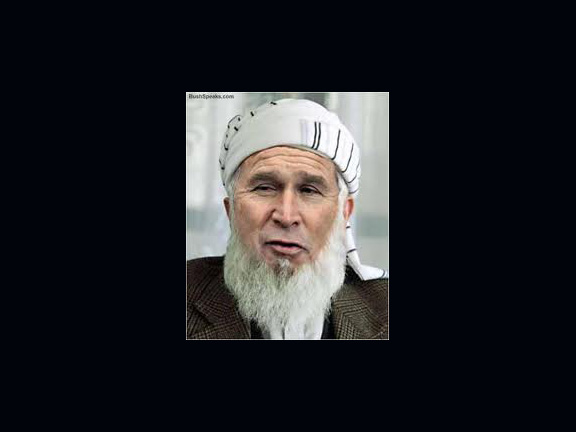 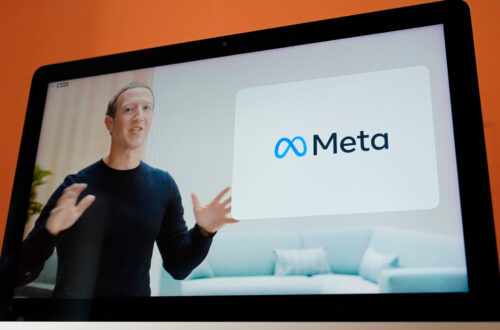