A day before the 4th anniversary of the #Jan25 revolution, a 32- year -old mother, activist and poet Shaimaa El Sabbagh carried a wreath of flowers and went to Tahrir square to commemorate the victims who lost their lives over the last 4 years.  Egypt Rose didn’t know this would be her last walk to liberty Square. An Egyptian sniper gunned down Ms El Sabbagh and left her to bleed to death in the street. The tragic image of her friend holding her fragile body, while blood covered her beautiful face was too much to bear for millions of Egyptians.

The Egyptian poet was carrying a purse. I’m not sure if it is the same one that inspired this poem:

“I am not sure
Truly, she was nothing more than just a purse
But when lost, there was a problem
How to face the world without her.”….

In the last four years of the revolution, 100’s of activists were killed or lost their eyes to Egyptian Snipers, who are always in denial and… always anonymous. ‘Snipers’ in Egypt don’t make movies or write memoirs. However here in America, Snipers are celebrated and their violence is glorified.

The American Sniper movie, which I didn’t watch, and I don’t think it sits on a lot of Arab Americans ‘to do’ lists.  It is a movie about the Navy SEAL Chris Kyle, credited with the most kills in U.S. military history (250, 160 confirmed) broke box office records upon its release and is reportedly headed toward gross earnings of $300 million dollars. The movie was directed by none other than Clint Eastwood, the Dirty Hairy cowboy. It was nominated for six Oscars including best picture and was released, incidentally, at the same time as a movie, Selma, that told the story of Martin Luther King and the civil rights movement. That one did not receive as much attention nor as many Oscar nominations.

American Sniper, was made based on Chris Kyle’s memoir which sold millions. It describes what the experience was like and revealed the psychopathic mind of a troubled individual. Mr. Kyle, who ironically was gunned down himself by another veteran marine suffering from PTSD, mentioned in the memoir that his first kill was an Iraqi woman who walked into the street with a grenade in her hand as Marines attacked her village. Chris Kyle killed her with a single shot, then explained how he felt about it.”

“‘I hated the damn savages I’d been fighting, … “Savage, despicable, evil — that’s what we were fighting in Iraq. That’s why a lot of people, myself included, called the enemy savages. There was really no other way to describe what we encountered there.”

In the movie Mr. Kyle’s behavior is driven mostly by his own self righteous virtues. He didn’t give us the context of an illegal Iraq war that by conservative estimates, left 1 million Iraqis dead, made 4.5 million refugees, widowed nearly 2 million and some 5 million children were orphaned.

The fact that those ‘savages’ were fighting foreign occupiers was never mentioned.

Chris Kyle regarded this woman as a terrorist, which doesn’t really differ that much from the foreign policy where President Obama launched the biggest state murder camping in American history, as Noam Chomsky describe it “… the drone campaign, which officially is aimed at murdering people who are suspected of maybe someday planning to harm us.”Obama’s killing list,  is the equivalent of Salman Rushdie’s fatwa that was issued but never carried out by Iranian grand Ayatollah.

The New York Times described the film as profound, and The New Yorker thought it had ‘great cinematic techniques.’

Not all critics were pleased with how Eastwood chose to portray Kyle. Liberal filmmaker Michael Moore, who described snipers as ‘coward, not heroes, killing people while hiding behind walls.’

“American Sniper kind of reminds me of the movie that’s showing in the third act of Inglorious Basterds,” tweeted actor Seth Rogen.

Lots of online debate ensued where a variety of commentators have criticized it for its dramatization of glorifying the killing of Arabs and Muslims. I would add the movie blatantly failure to challenge Kyle’s view of Muslim resistant fighters as “savages” and “evil.”

Here is again Chris Kyle the warrior hero in the eyes of millions of Americans,

“I hate the damn savages [talking about the Iraqis] and I’ve been fighting and I always will. … I love killing bad guys. Even with the pain I loved what I was doing. Maybe war isn’t really fun, but I certainly was enjoying it.” “I couldn’t give a flying fuck about the Iraqis.”

C.J. Werleman of  Salon’s  take on the movie: “ From the very outset, American Sniper is unashamedly set up as pro-US, pro-war-on-terror propaganda.” And describe a scene at the family dinner table where Kyle’s father lectures the then 10-year-old: “There are only three types of people in this world: sheep, wolves and sheepdogs,” and the sheep-dogs are there to protect against evil.”

The inference is clear and intentional: the sheepdog is the righteous American sniper whose mission is to protect his men against the evil Iraqi wolves.

He knows one of those Iraqi wolves, his uncle, who was shot by  An American Sniper during the invasion. The American Solders who shot him stole $10,000 from his body.

“My uncle was a POW in Iran for 16 years, and when he was released he went back to Iraq, got married and had 3 daughters, when he was coming back from work he was shot by an American Sniper for no reason”  Hummon explained on our FAcebook conversation.

I close with this letter his sister wrote about her slain uncle. 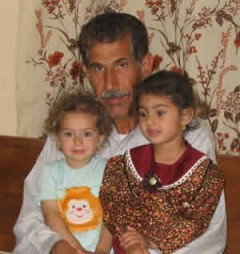 Also In Other Publications 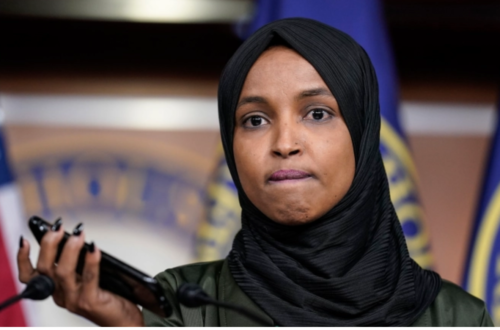