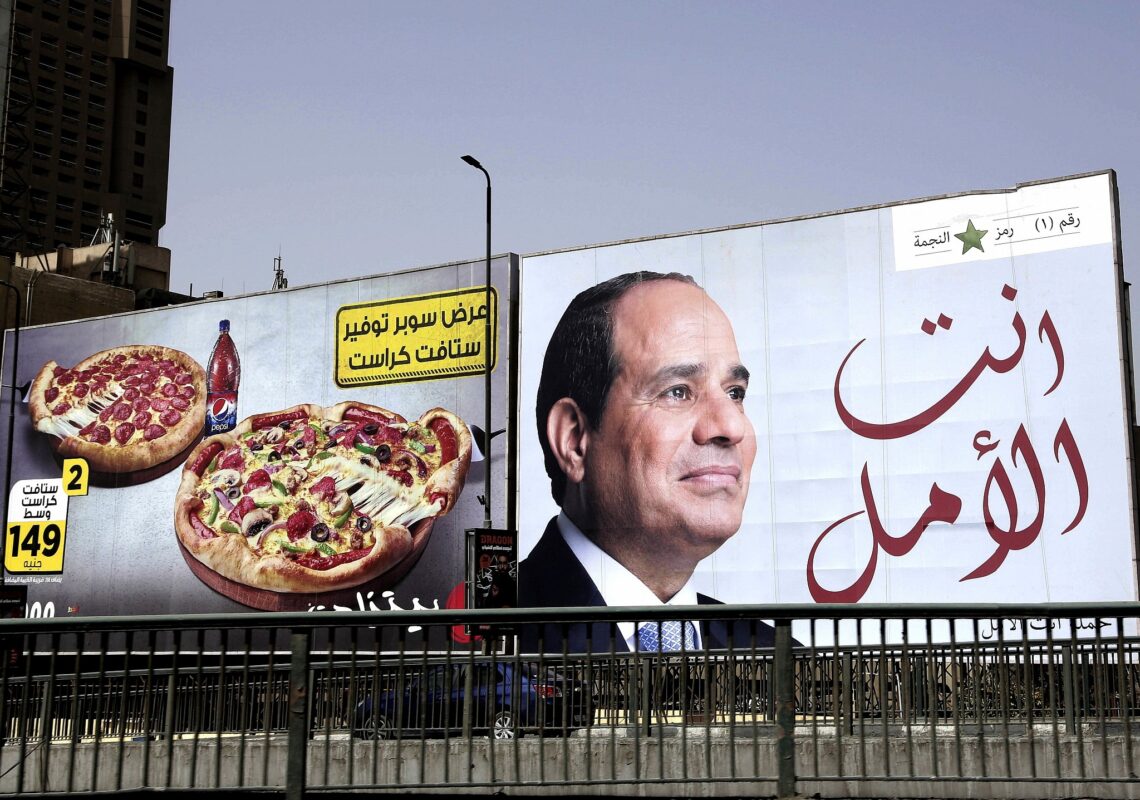 Dictators (Hitler/Stalin/Trump) like juveniles love to write their name on things,  and mark their territories.

Any visitor to Egypt, realizes right away who is in control of the country; the writing is on the wall;  from the moment you step out of the Airport, General el-Sisi’s name and pictures branded everywhere; on walls, billboards next to superstar soccer player Mohamed Salah, Nike, and McDonald’s ads, find his name on buildings, roads, bridges, hospitals, mosques, churches, schools, gates, and shops. Dictators (Hitler/Stalin/Trump) like juveniles love to write their name on things, like dogs they mark their territories. After all, writing on the wall is an ancient Egyptian, where pharaohs put their names and statues that lasted 1000’s years. New Egyptian pharaohs put their names on buildings that would last only a few years until they are toppled, killed, or died of natural causes! Before el-Sisi, Nasser, Sadat, Mubarak, their names are gone, now you can only see their names on their graves, all you see now the new Pharoah’s; Abdelfattah el-Sisi’s. al-Sisi took this ancient Egyptian art to another level; his name now is synonymous with Egypt and Egyptians. When the Egyptian ambassador to the US; Mohammed Tawfik was visiting Minnesota right after the military coup. I asked him about the extravagant hysteria of al-Sisi”Ter3ah” small Canal opening inauguration. Unaccustomed to tough questioning, he couldn’t conceal his frustration, ” after the damages of September events (revolution), Egyptians needed something posts their morals,” he mused. The inauguration cost millions of dollars, and they broadcast it on all Egyptian media for days. Here is how Foreign Affairs magazine describes the celebration of the gift to the world from “the mother of the world,” as Egyptians frequently call their country: “It began with a “Presidential Convoy and Naval Parade,” which involved Sisi donning a ceremonial military suit and dark sunglasses, Pinochet or Idi Amin-style, and standing on the upper deck of a yacht as it trundled down the canal, surveying the landscape and waving at objects in the distance, some of them possibly human. Fighter jets roared overhead.” al-Sisi is a master of showmanship, life for him is a stage. Mohammed Ali, an Egyptian military contractor, turned to a whistleblower, trashed el-Sisi images in series of videos posted on social media from his self-exile in Spain. Interviews with Middle East Eye and Al-Jazeera Ali explained el-Sisi’s family’s insane lavish lifestyle and building millions of dollars palaces for his wife and his sons.

“She is some kind of Sultan of Brunei, on her own. She is very fussy. She doesn’t like anything,” he described the first lady. She and her children “have their own budget within the state”; he built billions of dollars city in the desert with no one to live or could afford to live there, built the tallest tower in the middle east to match Dubai’s Burj’s Khalifa (Tower of Khalifa) .

This is the Tower of Babel of Arab dictators who would rather build buildings than democratic institutions.  Elsisi wasn’t worried, he didn’t even refute or contested what Ali has been saying. Yes, I have built presidential palaces and will continue to do so. I am creating a new state; nothing is registered with my name, it is built for Egypt.” elSisi shot back.

Thomas Friedman, the big idea man, explained right after the Arab Spring that Arabs revolted and Egyptians went to Tahrir Square because they saw what Dubai cities look like, and they wanted what Dubai offers Shopping malls and skyscrapers. I have been in Tahrir Square many times during and after the revolution, talked to people in Tahrir, never heard Dubai even once in any conversation. The news in Egypt is mostly a showcase of al-Sisi opening ceremonies of projects as small as a bridge, a grocery store, or a canal. al-Sisi didn’t leave any stone unturned without putting his name on it. He is behind everything happening in Egypt, even the weather. Al-Sisi got ready of any sign that reminded Egyptians of the revolutions. Waged war on street arts and murals, Painted buddings surround Tahrir square and downtown Cairo with a non-revolutionary yellow color. On my last visit to Egypt, I opened my window in Nasr City the first morning. I saw a bridge cutting through the apartment building complex, blocking the view. Under the bridge, you could see remnants of anti-al-Sisi signs and arts covered with crude brush paints. One sign that survived this public art slaughter was a sign written in English “Fuck CiCi”!. (Sisi)!

A sign shows that a new bridge Inaugurated by President Abdelfatah el-Sisi, with the presence of Prime Minister Mustafa Madbooly and Minister of Defense, Mohamed Zeki.