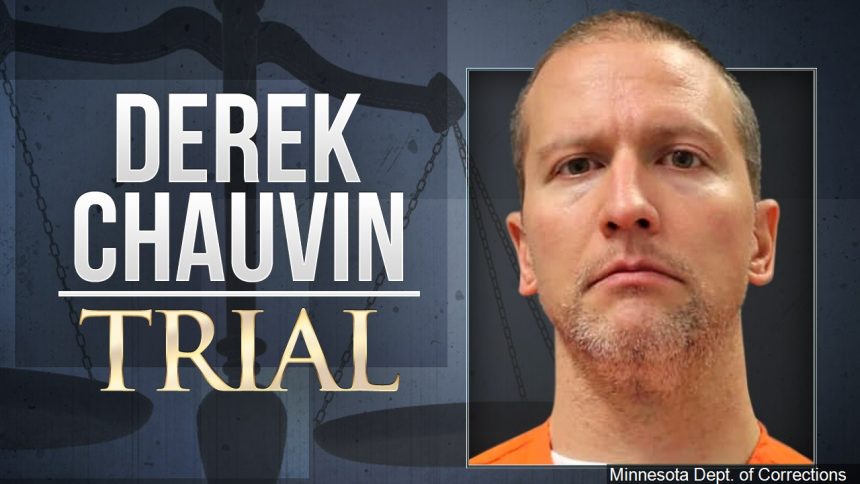 What Was Missing in the Trial of Derek Chauvin!?

We needed a dream team of overpaid lawyers and three weeks of deliberation and testimonies of eyewitness and experts to convict officer Derek Chauvin of the murdering of George Floyd, even we all saw the gruesome 9M video. Guilty, Guilty, Guilty on all accounts read the verdict; a sense of relief for millions across Americans waiting for this for almost a year! The tragic video that was taken by young Darnella Frazier debunked the police version of what happened to George Floyd on Memorial Day that night. “Man Dies After Medical Incident During Police Interaction.” Reported the Times. The video made it harder for the police defense team to use the split-second decision argument that traditionally made it hard to convict police officers who kill mostly blacks. The fatal 9M video may have convicted officer Chauvin, but it didn’t capture the enteric details of the tragic story, what went through Floyd’s mind last minutes, his fears, his terrifying thoughts, his resignation to his tragic fate. “I’m through mum,” he whispered to his Mum, who died three years earlier. His hopes and dreams all vanished with him. Chauvin didn’t take the stand, he didn’t answer questions! All these details were missing from the story. We were all trapped inside the horrendous images of the tragic video, overwhelmed by emotions and rages. However, tragedies usually present more than one victim,  George Floyd’s was a victim of savage, reckless behavior, a victim of a culture that weaponized the color of his skin;

Floyd like many blacks before him was doomed from the get-go. Derek Chauvin was a victim of his racist mindset, his intoxication of power, and racist institution trapped in his white privilege! Victims of tragedy rarely get to tell their own stories! Mr. Floyd is forever silent, left us trapped inside this 9m video but like Rodney King’s video in 1991 that raged the nations, still don’t much about him, like other videos of the police killing of blacks. We will soon forget the 9m video and the racial injustice will remain. Images are despotic don’t invite debate or discussion rely on eyewitness interpretations.. As a torture survivor myself. Unlike Mr. Floyd’s fate, I have the luxury of being alive to tell the details of what actually goes in the victim’s mind. For me, there wasn’t any camera to tell my story. However, the tragic details, still remain vivid in the memory. In the sixties, thousands of students poured into the streets all over Egypt, protesting the humiliating defeat of the six-day war. After shouting a few anti-government slogans. I moved away from the protestors to a side street in the affluent Cairo Suburb Garden City trying to go home. With no warning, Egyptian secret police (The Mukhabarat) rounded me up, who was vigorously trying to fill his daily quota of random arrests. They lined me up with common criminals in front of the police station A tall, well-built police officer standing at the front started shouting the worst profanities at us; his harsh words quickly extended to our family. Without thinking.

– “Don’t bring my parapets into this!” I mussed in a fearful voice

Unfortunately, the police officer took an issue with my soft protest; what happened next had shattered my innocence forever. – “take him to the room inside.” the angry police officer ordered one of his guards. The guard knew exactly where to go; inside the police station, it was a small, dark, smelly windowless cold naked room, insects rooming freely on the walls. With the silence filling the room, you could hear lots of broken souls. Shortly, the officer entered the room, holding a big riot stick, he calmly and without uttering a word or acknowledging my presence, closed the door,  and started hitting me savagely and indiscriminately. I stood helplessly overwhelmed by the colonel’s outrage; the severity of the beating escalated; my skin started peeling off my body. There wasn’t any pain, I lost any meaningful connection to my body; I was confusing my thoughts were trapped with no place to go. I wasn’t trying to be a hero, I couldn’t muster any protest, I couldn’t scream or resist. I couldn’t understand the officer’s excessive outrage, but I knew he had a free hand to do whatever he pleased. I wondered if I am ever going to get out of the room alive. He didn’t ask for my name; he never looked me in the eyes, he never explained my crimes. He reduced me to a nameless, faceless object as I stood motionless and void of any expression. I wasn’t the usual suspect — a communist, a Jihadist, or a government agitator. I was just a 16-year-old boy who wanted to go hi home. This wasn’t a national security issue; this was a personal insecurity issue; The officer, unaccustomed to the slightest challenge, needed to break my will. He wanted me to beg for mercy; he needed a complete surrender. For him, my silence was deafening. His relentless physical torture made his early verbal profanity seemed a friendly conversation. His savage hitting destroyed my ability to feel my pain. After what seemed like an eternity, the beating suddenly stopped, and without saying a word, the officer stormed out of the room; he couldn’t stay and face his unbroken victim. I found myself standing alone licking my unseen wounds, only to realize for the first time a guard standing in the corner looking at me wiping his tears, which brought a much-needed touch of humanity to the heartless dark room.

I often wondered how my brief confrontation with this officer could generate so much fury against a helpless young boy. He was not following any orders; he was the entire chain of commands. We were both victims. I was a victim of unjust violence and abuse. He was a victim of his sadistic mindset and his intoxication with power. There wasn’t any digital camera to tell what happened inside the torture room that day; all these years, my own memory has had to carry the entire load alone; this has been the real torture.