From Tahrir with Love

Today will mark the 10th anniversary of the Egyptian revolution sparked in Tunisia a few days earlier.  No public place symbolized this revolution like Tahrir Square. Where , 18 glorious days of protest toppled 30 years of dictatorship. Tahrir Square where everyone was welcomed, and everyone felt safe empowered. “We can breathe fresh air, we can feel our freedom,” explained an activist. “After 30 years of absence from the world, Egypt is back.” He added The chanting “Bread, Freedom and Social Justice” filled the Square.

Now the charming Tahrir Square is unrecognizable, became more militaristic and Pharaonic. The grass and trees were replaced by concrete and tar. The elegant fountain, which was the centerpiece of old Tahrir Square now replaced by an ancient obelisk moved from Karnak Temple; they had repainted grand buildings surrounding the Square in yellow khaki. Lots of fancy lights and granite steps randomly everywhere. Security guards roamed around, ignored by driving cars and pedestrians. 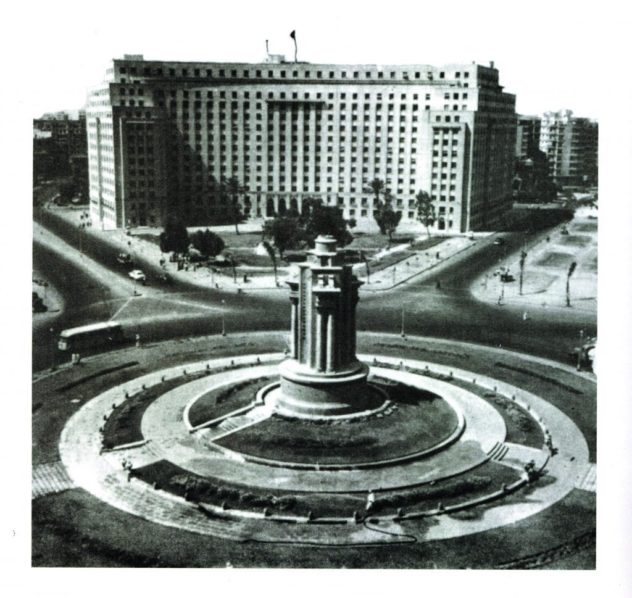 Tahrir Square (Liberation Square) is a major public focal point in downtown Cairo. It combines all of the contrasts of Egypt — from the Egyptian Museum to the Hilton Hotel — and is surrounded by elegant buildings that were styled as the Paris of the Nile. It also has the biggest public bus station, where thousands of Egyptians congregate every day on their way to work or returning home. The Square gained its prominence in the 19th century when another Mubarak — Ali Pasha — was commissioned by Egypt’s ruler, Ismail Pasha, and charged with remodeling Cairo. And so it was named Ismailia Square. The Square’s name was changed to Midan Tahrir (or Liberation Square) after the first Egyptian Revolution of 1952.

The Square has been the traditional gathering place for Egyptians with a grievance, the bread riots of 1977 to the protests against the U.S.-led invasion of Iraq in 2003. The Square had been the symbol of the Egyptian regime for years, at least until the 1972 general strike when the median (Square) became the focus of the student movement and opposition to President Anwar El-Sadat’s regime. On Jan. 24, 1971, Cairo witnessed a dramatic escalation in the confrontation between students and the Sadat government. Students discovered that the leaders of a sit-in at Cairo University had been arrested. Some 20,000 angry students (I was one of them) headed toward central Cairo, where security forces failed to disperse them and stop them from reaching Tahrir Square. This was the first time Sadat had to face street riots, and it set a precedent that he never forgave or forgot. I had just moved to Cairo from a small village in the Delta. I had never taken part in any meaningful way in politics. They announced in school that there was a general strike in Tahrir Square, and against the wishes of my parents and the rest of my family, I went — not to take part in the general strike, but to be there. I walked the short half-mile from my house through Qasr Al-Eini Street. People were coming from everywhere. There was no chanting, no conversation, just slow, steadfast movement as if something big were about to happen. Once I got to the Square, there were already thousands of people gathered. We congregated at the center around the most elegant public fountain in Egypt (which is no longer there), surrounded by 10,000 students, chanting, joking, talking. A cold night was falling; the air was thick. Students started climbing walls and posts, bringing down advertisements and billboards and pictures of Sadat and his family, all of which were consumed by a huge campfire. A Woodstock moment, without the drugs and sex. As the night wore on, the big crowd broke into smaller groups of people with different interests and different grievances. They broke away from the center, where the hardcore protesters were. And the farther you were from the center, the more inclined you were to leave on your own.

As people trickled out of Tahrir Square, you didn’t notice this attrition. But the crowd that had earlier numbered in the thousands was now a few hundred. These were the hardcore; they had no plan to leave. I wanted to see it to the end; the Square was surrounded by thousands of national security forces and riot police. People could leave, but no one was being allowed in to replace them. Around the fountain in the middle of the Square , a group of hard core protestors sitting surrounding the great Egyptian Street poet Ahmed Nigm, all singing ” Oh, Mu mother gave me as a Eid sacrifice gift for the beloved Egypt.. our stubbornness pulled the trigger”  a few hundreds stayed with charging tune.  At about 3 a.m., a high-ranking police officer approached the crowd, and from a short distance, he gave his order via a loudspeaker: The crowd had seven minutes to leave the Square. The crowd cheered in a show of defiance. We looked at one another to feel the mood. It was tense, and the organizers asked people to sit close to one another and hold hands in confrontation against the police forces. At this point, you had no option but to stay with the group. Rows of police equipped with riot batons and full gear started moving closer. The group chanting grew louder — “Belady … Belady” — to rally everyone to stay.

The security forces seemed undaunted and kept getting closer. “We are all Egyptians, we are all Egyptians,” chanted the crowd, although no communication was taking place. “They don’t speak our language,” a protester joked. The stakes were so high, and one’s own survival now depended on everyone else’s. Suddenly, without warning, all of the lights in the Square went off, and tear-gas canisters were sent flying everywhere. Security forces charged. No degree of patriotism could keep those hardcore protesters together. You lose your sense of place. You don’t know who is next to you. Your connection with your group breaks down. Now all that is left is to run away from it all.

I lost my sense of the place, terrified disoriented and confused, standing in the middle of the Square, gasping for air. Not too far, I spotted a young woman escaping trembled inside the public fountain. Five or six security officers descended on her, mercilessly beating her with a brutality I had never seen before. I rushed back to the fountain and dragged her away; she glanced at me, but there wasn’t time for introduction;  without uttering a word, she vanished in the smoke and I never saw her again, however the terrified looks in her eyes still haunting me till today. On Jan. 24, 1971, at about 4 a.m. —  I realized that Egypt, like wolves, eats its own children.

Ahmed Tharwat is host of the Arab-American TV show “Belahdan TV,”. He blogs at Notes From America, on www.ahmediatv.com. Follow him on Twitter @AhmediaTV. 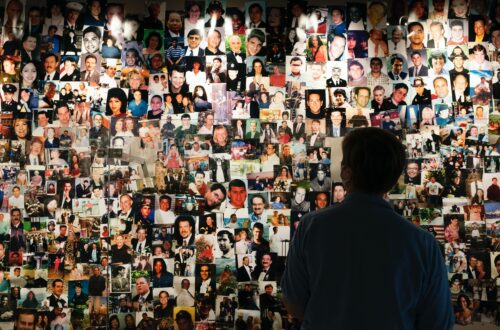