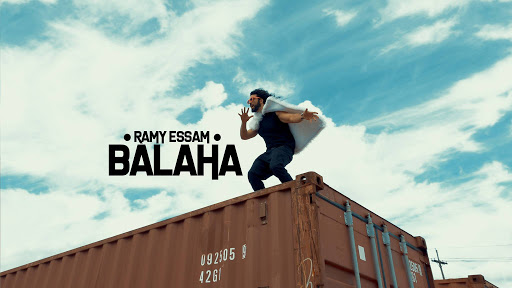 Shady Habash, a 24-year-old Egyptian filmmaker, died in a maximum-security Torah prison in Egypt after two years in solitary confinement without a trial. Mr. Habash trouble started after making a music video song that mocked President Abdel Fattah el-Sisi by calling him Balaha (a Date). The song was a light-hearted joke, more of rap than Dylan’s visionary poetry. The singer Essam Ramy, who lives in exile in Sweden performed the song​, it ​became a big hit on social media and with el-Sisi critics in Egypt. The strongest president in Egyptian modern history, the conqueror of the Muslim brotherhood and the champion of war on terrorism, was terrified of a song,  just of calling him a date, “Balaha.” General el-Sisi, during his six years tenure, has been called many things before like a fucking killer, the criminal, the thief, the Traitor, the liar, the homeland seller, the Pimp, the Psychopath, and mass murder, but nothing stuck like “Balaha.” .

The question is why a mocking name like “Balaha” drove general el-Sisi nuts, he went bonkers. Sent his security apparatus that spreading all over Egypt to arrest the young filmmaker and the songwriter, the people who are posting it on social media and even those who were playing it on car stereos

The question is why a mocking name like “Balaha” drove general el-Sisi nuts, he went bonkers. Sent his security apparatus that spreading all over Egypt to arrest the young filmmaker and the songwriter, the people who are posting it on social media and even those who were playing it on car stereos. The Washington Poat reported, “Under Sissi, considered the most authoritarian ruler in Egypt’s modern history, dozens of artists, novelists, poets, and activists had been jailed for trying to undermine Sissi or harm the country’s image. el-Sisi according to him, is the country now. “[Habash] was one of the kindest and most chivalrous,” Ramy Essam, the artist who performed the song Balaha, wrote on his Facebook page on Saturday. “He never hurt anyone,” he added. Shady Habash wasn’t the only one arrested for posting anti el-sisi on social media.

Another young Egyptian was arrested and jailed for three years of posting on his Facebook, a cartoon depicting el-Sisi as a Mickey Mouse. Another was arrested for mocking el-Sisi during the celebration of Egyptian National Police Day playing a prank on police officers in Tahrir square, giving them condoms balloons. “In a letter from prison in October that was later published by friends on Facebook, Mr. Habesh spoke of his despair. “Prison doesn’t kill, loneliness does,” he wrote, describing what he called his struggle to “stop yourself going mad or dying slowly because you’ve been thrown in a room two years ago and forgotten.” Reported Times

They hold political prisoners in Egypt for years without trial, crammed in dirty, overcrowded prisons with poor medical treatment. Last month,  Amnesty International called on Mr. el-Sisi to release thousands of prisoners, vulnerable to an outbreak of Covid-19, outbreak. My 18-year-old nephew’s best years of his life are wasted in el-Sisi prison for daring to dream of a better life. Egyptians have been living under military dictators for almost 70 years. Like a catholic marriage, dictators stay till death do us apart. And since the Egyptians can’t change their dictators, the least they can do is to change their names.

Nasser went from called the “Leader” to the “Catastrophe”.  Sadat went from the faithful leader to the Traitor after going alone striking a catastrophic treaty with the Zionist regime. Mubarak was the “La vache qui rit,” the laughing cow, a famous brand of French cheese in Egypt. Those dictators didn’t react childishly and erratically like general el-Sisi.   So why a harmless nickname like “Balaha” given to general el-Sisi, caused all this turmoil and caused the death of the young filmmaker, Shady Habash. Nothing worse than a seniti’ve dictator he once was called shorty and complained of being abused when he was a small boy, like the other guy with a moustache!!

“Balaha,” literary an Arabic name for the fruit date. But its social and cultural meaning and context that matter here.  “Balaha” is a feminine name, when it is give to a woman it means cute or fresh. However,  it mocks men’s masculinity and manhood. Although “Balah” date tree itself, which symbolizes longevity, traditions and has biblical reverence mentioned in Korean and the bible in the story of the virgin Mary. A one “Balaha” here is used to belittle, make light of el-Sisi, turning him to a caricature figure, a clown, an idiot, naïve, repetitive liar, and somebody you don’t take him seriously. That is something it cannot be tolerated, by a dictator who built his image on being a strongman and fucking killer; not taking a Mafioso seriously could be deadly.

The name “Balaha” was popularized in  Egypt after a film starring actor Mahmoud Abdelaziz who played a character by the name “Balaha,” masterfully portrayed all these degrading cultural qualities. That described el-Sisi characteristics and personality more than any leader. General el-Sisi is now running out of times, and out of ideas.  .Amid COVID-19 Pandemic the world is ignoring him, even from Trump that called once my favorite dictator. He is becoming irrelevant politically, economically, and strategically, a dictator without a vision or charisma, an emperor without clothes that is drowning in his own lies and Ponzi schemes that fooled many Egyptians in the past. General elSisi, now the entire world know you are  “Balaha” after all!!