Amid stereotypes and assumptions, a Google search offers an array of answers, and some interesting questions.
By Ahmed Tharwat
The author turned to Google to find the most common questions about America coming from the Arab world.

The Twin Cities Arab Film Festival last month featured almost 40 films from 15 different Arab countries. Films are a great medium where Arabs get to tell their own stories.

I saw a film by the Palestinian director Elia Suleiman, “It Must Be Heaven,” a story of a Palestinian who left his hometown looking for another place to call home, moving around, from Paris to New York. What was different about this film is that Suleiman used humor and imagination to tell the Palestinian story, and for a change portrayed Palestinians as more than just participants in a political conflict. 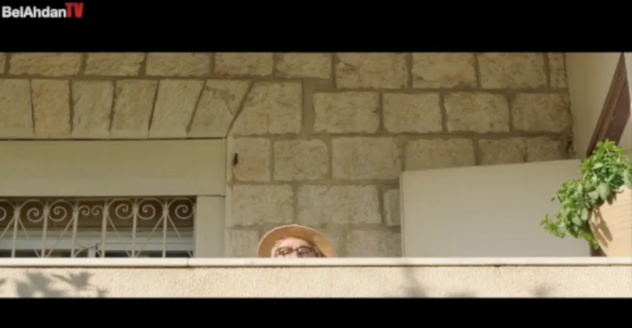 Suleiman also took the liberty of invoking stereotypes about the West. Why should the West have all the fun? In “It Must Be Heaven,” you see Paris streets filled with lovemaking, models and fashion shows. In New York, streets are filled with police, crime and drugs. Shoppers in supermarkets carry machine guns instead of shopping bags.

For years, Hollywood films have been shaping images of Arabs and Muslims. Arabs, explained Mazin B. Qumsiyeh, director of media relations for the American Arab Anti-Discrimination Committee, are portrayed in TV and movies as what we know in the Arab community as “the three Bs” — Bombers, Belly Dancers or Billionaires. Or maybe an oppressed Muslim woman who dreams of getting rid of her hijab so she can wear a Victoria’s Secret bra.

In America today, Arabs and Muslims are the new blacks, and the only group you can insult and demonize and not only get away with it, but probably get elected. We can debate this all night and we won’t get to any satisfying conclusion.

Since most Americans have never met an Arab or a Muslim, it is easy for them to buy the stereotypes, including assumptions about what Arabs and Muslims think of America and Americans. Do they hate us, as we have been led to believe? Do they “hate our freedom”? Are most of them those typical, toothless and angry Arabs we are accustomed to seeing on Fox News and social media? Arabs don’t ask their Imams to find out, they ask Google.

Let us find out from the Arabs themselves without spin or a media filter.. A simple way to test what Arabs think of America and Americans is to look at the most “Googled” questions about America coming from the Arab world.

When you perform a Google search in Arabic, Google algorithms usually complete the inquiry for you based on the most commonly searched ones. It seems appropriate to use this for our purpose, since the man who invented algorithms was an Arab/Muslim mathematician and astronomer, Muhammad ibn Musa al-Khawaizmi (circa 789-850), who besides inventing the Arabic numerals we use today wrote a famous book about algebra that changed everything and brought us the concepts from which Google is making billions.

Anyway, back to what the Arabs are curious about when it comes to America and Americans. I did a simple Google search in Arabic to crack the hate-culture code. Ready? My first inquiry was:

The top Arabic Google searches were:

“How to immigrate to America …”

“How America was discovered …”

“How America became a great country …”

“How do you buy a car from America …”

When I asked “Why America?” the top searches were more political:

“Why America withdrew from Syria …”

“Why America dropped the bomb on Hiroshima …”

“Why America was named ‘America’ …”

“Why America was named the ‘new world’…”

Another was about oil, a cause of American wars on Arab countries. Lots of Arabs asked a simple question:

“Why America is importing oil …”

Finally I asked about American people:

“How Americans live their lives …”

“How Americans think of the Arabs …”

“Why Americans’ houses are made from wood …”

In conclusion, it turns out Arabs don’t have time to hate America or Americans. They are too busy standing in line trying to get a visa.

Ahmed Tharwat is host of the Arab-American TV show BelAhdan. He grew up in a small village in Egypt. He blogs at Notes From America (www.ahmediatv.com) and is working on a documentary, “The Coptic Grave.” On Twitter: @ahmediaTV.