What used to be written on bathroom walls is now headline in newspapers, what was hidden inside their liberal racism is now flashing on my friends foreheads; hating and demonizing Muslims now going mainstream.

An explosion of lies, filth and Islamophobia is spreading on social media, rallies and inside the White House. Hating Muslims is the new patriotic mantra for millions of Americans. “Burn the Quran“, “Kill Them All”, “Terrorist go home” chants, signs flashing at anti Muslim rallies and in our neighborhoods. Muslims are now the evildoers behind all the world’s problems apparently, hating and humiliating them becoming a civil duty.

Our politicians last week went to the AIPAC conference to show their ability to lie and demonstrate their political pimping skills, while talking about the only democracy in the Middle East and accusing Ilhan Omar of being an anti-semite, all this as the bombs fall on Gaza killing women and children.

Americans’ hatred of Muslims appears to be so deep and medieval. Islam is a sect, Muslims are terrorists, killing worshipers while performing their most scared duties, throwing pigs at mosques, insulting the Muslim prophet, who spoke no ill of their Prophets.

How did this happen, a hijab wearing Congresswoman’s innocent tweet bringing the house down? And we all thought hijab weraing women were oppressed, persecuted by a system drowning in corruption and by a culture that was highly racialized. Ilhan Omar got the triple crown of hate, she is a woman, a Muslim, and black. She highlights what is wrong in this country; racism, Islamophobia and misogyny. 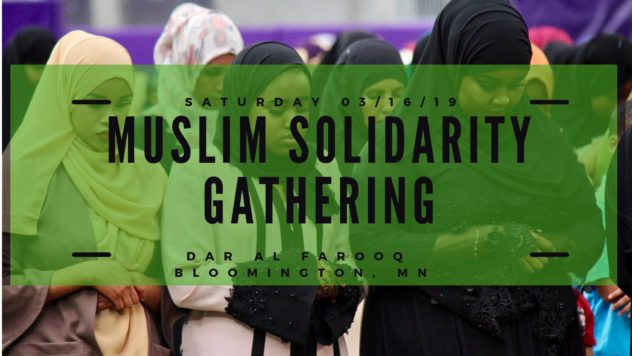 America, a country that has caused the deaths of more than 4 million Muslims since the 9/11 attack, is still bloodthirsty for more killing in Yemen, Syria, Afghanistan, and now Iran, even the threat by a divine nuke according to Trump’s Secretary of State. The world is following America’s Islamophobic lead. Muslims are persecuted everywhere around the world, massacred while praying in New Zealand, millions put in concentration camps in China, almost a million Rohingya Muslims chased out of their own homes in Myanmar, bombed in Gaza as Trump gifted the Occupied Golan Heights to Israel in a new Belfour declaration, since god wasn’t too specific about the promised landscape.

In America politicians win elections for hating Muslims and the call for banning them. Every Muslim now seems to be either ISIS or a potential terrorist, no complications, no history and no context. Muslims are hated by the right-wing nuts, and feared by the liberals, the good ones, who after the terrorist Mosque attack in New Zealand, started comparing white nationalist extremists to ISIS, so it is fair game.

The reality is that ISIS killed more Muslims than non-Muslims and that more Muslims fought ISIS than non-Muslims. The most fanatic nihilistic terrorists are in ISIS, as French sociologist Oliver Roy in his book Jihad & Death explained, how ISIS expanded its terrorist recruits far over its initial constituencies in the Arab world and attracted thousands of foreign fighters from the western world. According to Roy, “this very contemporary aesthetic of violence is less rooted in the history of Islamic thought than it is entrenched in a youth culture that has turned global and violent.”

Trump declared that ISIS had been defeated, ‘we won’ he gleefully announced, mission accomplished part two. However the Islamic State was defeated because most Muslims rejected it. ISIS constitutes only a minute percentage of the Muslim population, white nationalists, by a conservative estimate, cover 30 to 40% of the American population.

The thing is, a Muslim scholar or an Imam can bring an ISIS inspired individual and argue with him/her based on a text that both revered, there is at least an argument here, but what text can you bring to argue with a white nationalist?! Only hate and racism. White nationalists believe they have the right to hate you and kill you without explanation or logic. 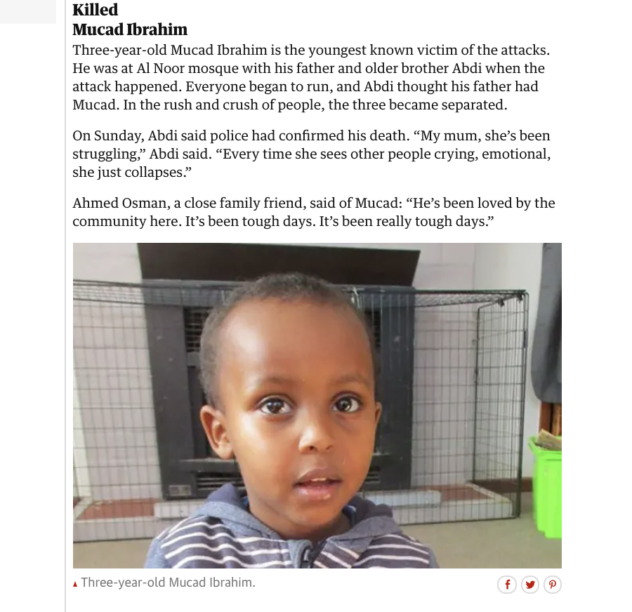 An Australian Senator blamed Muslims for the massacre of Muslims at the New Zealand mosque, the nameless killer an immigrant from Australia, not a Muslim immigrant. Hating and degrading Muslims is becoming cool and offered by the press daily as a main course. Muslim terrorists aren’t and never were elected, western terrorists are however in office.

The press that is now up in arms asking for the full report of the Mueller Russian investigation, never asked for the full report of the very same Mueller, then FBI director, and the associated lies about WMD, setting the stage for the longest and most disastrous war on Iraqis. The press colluded with every administration since Kennedy, eleven presidents waging war on Iraq for six decades. It is the press collusions not the Russian collusion that we should investigate. 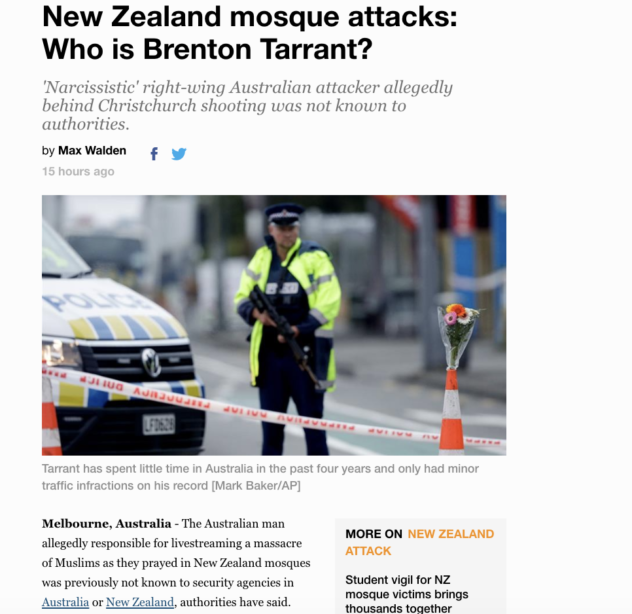 It is also the press that has been demonizing Muslims for years with the help of right-wing think tanks, Christian Zionist nuts and Israeli lobbies. The press colluded with the Zionist state and has been repeating its narrative and story for years but nobody is telling the Palestinian story in America. Palestinians killed have no names, no families, no hope or dreams, according to the press, they are not human.

The Guardian reported that terrorist attacks committed by Muslim extremists receive 357% more US press coverage than those committed by non-Muslims, according to new research from the University of Alabama. Muslims, like most immigrants, came to America fearing persecution, escaping government oppression, police brutality and the demagoguery. Now most are terrified for themselves and their family’s security, attacks on Muslims having risen ten fold under this white racist administration, for Muslims are not safe at home even in their place of worship.

Press collusion to demonize Muslims has consequences, attacks on Muslims are on the rise, the reporting on Muslims and Arabs is very artificial and continues to adopt right-wing think tanks and Islamophobic organizations that have their agenda. The problem in this country is that Arab, Palestinian and Muslims’ suffering and grievances are mostly ignored. Western reporters, when they cover the Middle East, use Thomas Friedman’s ‘taxi driver’ reporting style. I wonder what they will do when Uber introduces driverless cars…