The art of the apology is to never say “if” or “but”, but to just admit mistakes and move on. Conservatives never apologize, their motto is the three D’s: deny, deceive and distract, and if they do, they usually blame it on the offended victims; sorry if my action/comments offended you. However, liberals can hardly wait to apologize, they believe in redemption and their ego is not as big as conservatives. When liberals apologize they don’t use “if”, they use “but”. They always have something to feel guilty about it, which brings us to Rep. Ilhan Omar‘s long awaited apology.

The freshwoman Rep. Omar , finally caved in and surrendered to the pressure of intimidation, a system that weaponizes any critics of Israel, that is full of hype, hypocrisy and dishonesty. Omar’s apology in the first part stated that “Anti-Semitism is real and I am grateful for Jewish allies and colleagues who are educating me on the painful history of anti-Semitic tropes.” You get the feeling this part was taken in a room in Guantanamo with Nancy Pelosi standing behind here with a gavel. The second part of the first-term freshman’s apology continued with the liberal “but” part… presumably when Nancy Pelosi left the room: “At the same time, I reaffirm the problematic role of lobbyists in our politics, whether it be AIPAC, the NRA or the fossil fuel industry. It’s gone on too long and we must be willing to address it.” For liberals, unlike conservatives, there is always room for improvement and learning.

The story started when Omar responded to journalist Glenn Greenwald’s assertion that, “GOP Leader Kevin McCarthy threatens punishment for @IlhanMN and @RashidaTlaib over their criticisms of Israel. It’s stunning how much time US political leaders spend defending a foreign nation even if it means attacking free speech rights of Americans.” The freshwoman Omar fell into the trap and tweeted back “It’s all about the Benjamins, baby.” This was not simply an automatic anti-Semitic trope as some reflexive responses insinuate, the $100 bill with Benjamin Franklin’s face is actually the real trope that reflects the undisputable role of money in our politics, when it comes to our relationship with Israel, Rep. Ilhan Omar tooka knee and paid the price.

The fact that Israeli advocate group AIPAC influence some members of American Congress to support Israel over the Palestinians doesn’t seem that radical or inherently anti-Semitic, it is actually posted and bragged upon by AIPAC on their own website.  or you if you have time, read academic work of John J. Mearsheimer, of the University of Chicago, and Stephen M. Walt, of the John F. Kennedy School of Government, at Harvard, published a thirty-four-thousand-word article online entitled “The Israel Lobby and U.S. Foreign Policy

What Omar left out in her short tweet is that the role of money in our politics is not just about AIPAC and Israel, yes Israel get the biggest handout from America, $38 billion so far, (lots of Benjamins if you ask me), but it is also about the NRA, Citizens United, the Koch brothers, and right wing evangelical Christian Zionist fanatics. Omar needs to understand that if AIPAC has a chokehold on Democrats, the NRA has the GOP by the balls.

I know Oamr, and I have her on my show a few times, she never talked about Jewish money, which reflects a deep, wicked feeling about “The Protocols of the Elders of Zion”, this is absurd and is very much a western thing a western gult can be throwing on us. Now, following the internet meltdown, TV pundits from the far right to the far left, politicians from both parties, racists and even an alleged rapist are calling for her resignation. The media are demanding answers, the sky is falling, the headlines glaring as if they all got the anti-Semitic trope memo; paranoid headlines speaking of ‘backlash’, ‘reckoning’, ‘disturbing’, ‘repugnant’, ‘appalling’, ‘horrifying’, even some of her own party and Nancy Pelosi throwing Omar under the bus demanding an immediate apology or else. Rep. Lee Zeldin, who identifies himself as Jewish, tweeted a hate audio message he received from a douchebag, but still accused Omar of hating Jewish people.

What lots of Americans don’t understand is that the idea of anti-Semitism casually thrown at anyone with the slightest criticism of Israel, is in itself an alien concept for most Muslims, since Arabs/Muslims think of themselves as not just Semitic people, but also heartfelt indirect victims of the of Holocaust by the establishing of the Jewish state in the heart of the Middle East, beheading the nation of Palestine from history.  1967, . as a youngster growing up in Egypt, remember hearing the siren declaring emergency, Israeli bombing in Cairo, terrified hiding under the dining table, to comfort us, my dad turned on the radio , listning to Quran reciting the story of Jews in Egypt, Moses destroying the Egyptian Pharaoh army in the red sea, …. I saw no connection ..or contradiction..!
#AntiZionism stupid, an average Egyptian, still today, would speak fondly of the Jewish people and their (Muslim too) prophet, Moses, and cheer up when they hear the Quranic story of the destruction of the Egyptian Pharaoh Army in the Red Sea 4,000 years ago. But in the 1973 war, they are willing to go and die to fight and liberate Sinai from the Israeli Army.

The problem in this country is that Arab, Palestinian and Muslims’ suffering and grievances are mostly ignored.  Western reporters when they go to the middle east, they use ,;Thomas Friedman ‘s taxi drivers reporting style . take a cab, ask drivers a few questions, then come up with a big ides,  I wonder what would they do when,  Uber introduce driverless Cars service oversea.

Even a local TV show like mine that gives a space to Arab/Muslim minorities, people of color and immigrants, wasn’t spared the wrath of media attacks and internet trolls. Fox News, that worked so hard to find out of 100 interviews I made through my 20 years in the business, dug out an old interview with the then activist Omar. Fox News is turning me into another Obama spiritual Rev. Jeremiah Wright Jr,. Of Ilhan Omar: “Tharwat, who has given a platform before to radical activists — including a political cartoonist who won second place in the 2006 Iranian International Holocaust Cartoon Competition, an anti-Semitic contest featuring Holocaust denial — went on to compare the violence perpetrated by terror groups around the world to the actions of western governments.” “…An anti-Semitic contest” that was tongue in cheek responding to the prophet cartoon contest waged by a western cartoonist, even by our Star Tribune cartoonist.

But Fox still insisted that I was a radical host, who brings radical guests. Here is Fox again misquoting my comments: “Most of the people who commit these kind of heinous violence are done by people unelected that are just fringe of the societies … but the violence done [by] the West is done by the people that are elected,” he said, prompting Omar to agree that violence committed by the West is “legitimized.”

Fox News, which had invited me several times in the past, never contacted me to corroborate any of their claims, but the Daily Caller did, through an email from Peter Hasson. Introducing himself as an investigative reporter, enquiring about things I discussed in the Ilhan interview, asking if I can explain when I said “Israel is The Jewish ISIS?”, then asked, if I had any connection to Rep. Ilhan outside of that interview? The Daily Caller then published an article with the frantic headline “Ilhan Omar Gave Interviews To Host Who Called Israel ‘Jewish ISIS’ And Compared Hamas To Holocaust Victims.” I have no idea how the Daily Caller arrived at this conclusion, I have used ‘Jewish ISIS’, ‘Jewish Taliban’, and ‘Jewish Jihadists’ before, just to respond to the media narrative of labeling any misbehaving Muslim ‘Islamic’, ‘Islamic Terrorist’, ‘Islamic terrorism’, ‘Islamic state’, ‘Islamic jihadists’ and ‘Islamic Taliban’.

‘Anti-Zionism isn’t the same as Anti-Semitism’, Michelle Goldberg wrote in the New York Times. This is hurtful not just for Muslims/Arabs and Americans but also for the great number of fair minded, peace loving Jews around the world. Well here, a Jew may not agree, “There are plenty of Jews, like me, whose beliefs are voiced by Omar, not AIPAC. And this time, we will not let our leaders be taken down by accusations that they are anti-Semitic for supporting Palestinian rights, including BDS, or for calling attention to the influence wielded behind the scenes by lobbies like AIPAC,” said Peter Feld, political director of The Insurrection. If we need to have an honest debate on our relations with Israel,  Rep Omar regardless what to become of the jhad against her, she started a wider conversation about our relationship with Israel, she exposed  the hypocrisy of treating the zionist state,  but it is not just AIPAC, it is our interests around the world and  the role Israel plays  in it as a pariah state,  invading, destructions, selling weapons,  supporting dictators all over the world, doing the dirty works for colonialia west in the area, The Wall Street Journal, reported that Secretary of State Mike Pompeo went to the Middle East to assure the most regressive regimes in Egypt and Saudi Arabia of U.S. support, as long as they improve their ties with Israel. Pompeo admitted that Saudi Arabia’s growing ties with Israel was a reason not to downgrade America’s relationship with the Kingdom, despite the killing of journalist Jamal Khashoggi.

On Democracy Now, Professor and Historian Ilan Pappé gave a chilling reality of Israel, “I think Israel in 2014 made a decision that it prefers to be a racist apartheid state and not a democracy,” Pappé saidthat the Prime Minster of Israel, the King of Israel as he is called by his opposition, running around cozying with the biggest anti-Semitic groups in Europe, supporting most oppressive regimes in the Middle East and South America, never raised alarms or concerns of the very same sensitive people in America who demand Omar’s head.  My apology for a long piece, “but”, it needed to be said. 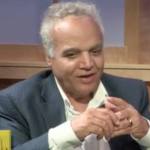