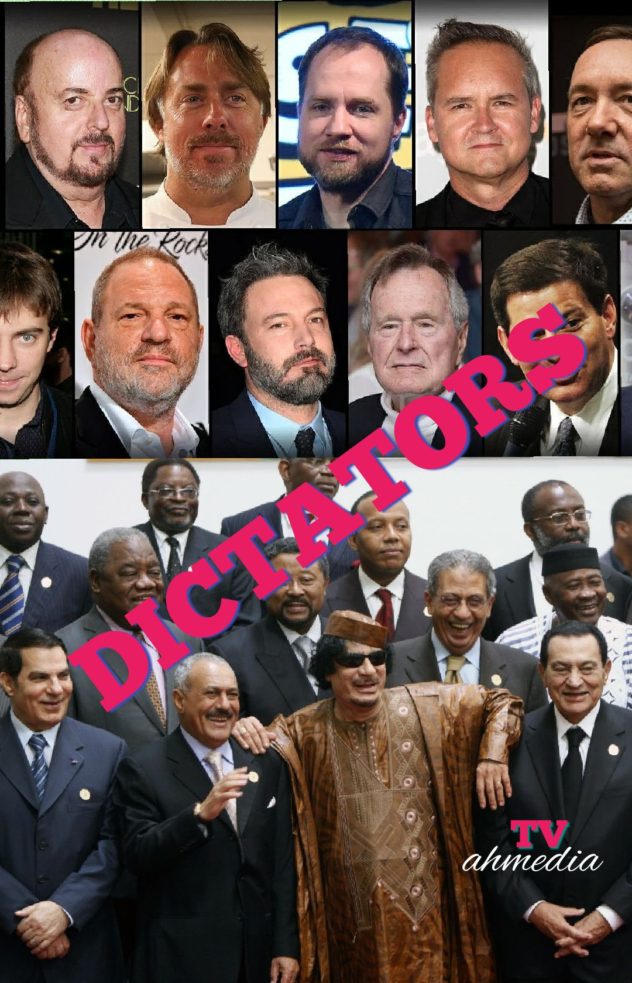 Following the fall of Hollywood mogul Harvey Weinstein and his serial sexual assaults, the tsunami of sexual harassment and assault allegations has become a fixed segment on the daily evening news. Like the Arab Spring, every day seems to bring the fresh fall of a powerful man in virtually every industry and sector of society who have been abusing their power over women by harassing them sexually with impunity.

The Arab Spring brought down five Arab ‘strongmen’, dictators who had abused their political power for a long time. The ‘American Spring’ brought down more strongmen, and is still in its first year, the latest being the fall of Senator Al Franken, who as any dictator reluctantly resigned with a great deal of blame.

The #MeToo movement created a historical moment of reckoning, a Tahrir Square moment, which empowered millions of women to come out and revolt against abusive strongmen, telling their stories and demanding changes, exposing men who have been held high on our cultural and political food chain.

There are similarities between those ‘strong men’ toppled in the American Spring uprising and those of the Arab Spring. The New York Times reported in response to the tragic end of ex Yemeni president Ali Abdullah Saleh, who ruled the country for more than three decades, with a headline that caught my eye;  “Five Strongmen, and the Fate of the Arab Spring.“

“…it is not just a key moment in a country that is wracked by civil war…it is also a reminder of the dashed hopes in the region, seven years after a fruit vendor’s self-immolation in Tunisia touched what became known as the Arab Spring.”

The Times’ descriptive narrative of the five fallen Arab dictators can actually shed some light on our strongmen here, which made me look more deeply and examine those toppled by the sexual allegations in the American Spring, which unlike the Arab Spring was limited to the political arena; the American Spring extending into media, politics and entertainment.

Mirroring the Times’ narrative of the fallen Arabs, let us all look at five ‘strongmen’, and the fate of the American Spring:

According to the New York Times:

“…after nearly 30 years in power, Mr. Mubarak, 89, once symbolized the unassailable Arab Strongman, and his downfall appeared to single a political sea change.“

Weinstein once said “I’m Harvey Weinstein, you know what I can do.’

“A quirky and ruthless leader who considered himself the king of Africa, dresses in Bedouin robs and ruled Libya for more than 40 years.”

“A quirky ruthless television host who considered himself the king of political talk show, while…known for dressing in an open robe and walking in front of women staff and sexually abusing at least eight women for more than 40 years.”

“Mr. Ben Ali, 81, enjoyed what critics called an obscenely opulent life. It made for a stark contrast with the struggles of ordinary Tunisians, whose despair seemed exemplified by the fate of the fruit vendor, Mohamed Bouazizi.”

“Mr. Louis C.K., 50, …enjoyed what critics called an obscene, perverse life, it made for a stark contrast with his ordinary fans, whose despair seemed exemplified by the fact that everyone was laughing!”

“Mr. Saleh, considered one of the most cunning autocrats in the Arab world, stepped down in early 2012 after three decades of leading Yemen, the Middle East’s most impoverished country.“

“Mr. Lauer, considered one of the most cunning morning TV show hosts, stepped down after two decades of leading NBC’s Today show! “due to “inappropriate sexual behavior,” according to the network.”

“Confounding predictions by Western leaders that he was next in line to fall, President Assad has remained in power through a 2011 uprising that morphed into a civil war, devastated Syria and created a staggering refugee crisis.”

“…Confounding predictions by congressmen that he was next in line to fall, Judge Moore, has remained in power through the 2017 sexual allegations and #MeToo uprising. He is now running for a seat in congress, that morphed into a cultural civil war that devastated Alabama, and created a staggering political crisis.”

As with the Arab Spring, the falling of the ‘strongmen’ did not topple the system that created those abusive men, nor did it make that much of a change in the corrupt political culture in the Arab world, the counter revolution being back with a purpose, millions of Arabs still longing for the comfort of the strongman leader.

Despite the fall of the ‘strongmen’ in the American Spring, a system remains whereby sexual violence is pervasive and plays a big part in the problem against women and non whites. On the whole, it is one in which masculinity is promoted and male violence is celebrated in our culture, sports, movies, workplace, advertising and the consumer culture.