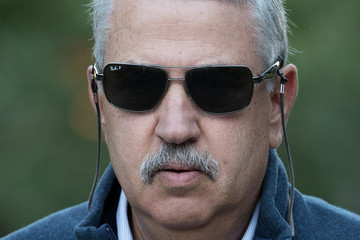 There is a huge backlash in this country after the downfall of Hollywood mogul, Harvey Weinstein sexual assault numerous claims. Women all over this country revolting against powerful men sexual assaults and abuses, our cultural icons falling in the house of cards; celebrities, politicians, and media personals. Charlie Rose, Al Franken and Garrison Keillor are the latest. In this country, a politician could get fired for kissing or groping a woman, but destroying and raping a whole country is celebrated, Nowadays you never get fired for killing of Arab/Muslims.  Muslims and Islam have been insulted and culturally assaulted by so many people, in so many ways and situations, by people they knew nothing about Islam or never met a Muslim, and by people who hate for your name or accent. “Go back to your country”,   “go back to your Islam” , “you are a terrorist, a sleeping cell” … the list of assaults goes on and on.  a golfing friend asked me once,  “ would you inform about someone about to commit a terrorist  act in your community.”

As Arab/Muslims, we always took it all in and we learned to just move on and go about our daily lives.  But no one has insulted Arabs/Muslims as much and as persistently as Thomas Friedman.  The New York Times foreign affairs columnist, winner of three Pulitzer prizes, writer of several bestselling books, who has been fixated on the Middle East and carry on himself the white man heavy burden to civilize Arabs and modernize Islam. Friedman never ceases to amaze us with a new theory a ‘big idea’ s to explain Arab minds and Arab souls.  Every now and then, from the bizarre to the ridiculous. From the ‘burger’ war to the Olive war theory explaining the conflict in the Middle East without talking about apartheid or occupation conditions. Thomas Friedman also has a knack for ignoring history, facts, and socio-political realities; he can reduce a complicated social issue to a sound bite and a sixth-grade essay. His big ideas, are largely based on anecdotal personal experience, a friend, a trip, or a hotel bar conversation. As Belén Fernández articulated in her book “The Imperial Messenger”  how the  Times columnist has been  the voice of American military  global expansionism abroad. Mr. Friedman style of writing; is a reductionist at best who shows his disdain to the complexities of people and history to stereotyping racist fabrications at worst.  “Friedman’s intermittent reliance on infant terminology to analyze parts of the Arab/Muslim world…one manifestation of a tradition of unabashed Orientalism that discredits Arabs and Muslims as agents capable of managing their own destinies.” She explained. His biggest insult to Arabs and Muslims is demonstrated in his crusade to transform the Arab/Muslim world in the last 20 years, as researched by Belén Fernández. Enjoy the ride!
*… If the U.S. lowers its profile in the Arab world, the Arabs will realize that their children are being outperformed academically by the children of their maids.
*… Saudi Arabia suffers from an excess of democracy.
*.. Massacres of Muslims are a sign of freedom.
* “…. the Iraq war was the most radical-liberal revolutionary war the U.S. has ever launched.”

“Triggering dialogue on reform and tolerance…one bomb at a time.”  When he wants America to send a message to Saddam and Taliban.

“… give War a Chance”, in supporting the invasion of Iraq .

The Imperialist messenger doesn’t give up and his discredited grand ideas never stopped him from coming up with another one. It is nice to have a job that gives that privilege. Now came up with another big idea explaining Arab Spring which is not so much based or a result of many research and hard work but all descending on him, during his flight to visit the 32-year-old crown prince M.B.S as he is now known in the western world. Friedman went to meet his match another man who has nothing but big ideas so far.  “A lawyer by training, who rose up in his family’s education-social welfare foundation, M.B.S. is on a mission to bring Saudi Islam back to the center. He has not only curbed the authority of the once feared Saudi religious police to berate a woman for not covering every inch of her skin, he has also let women drive.” Friedman praised the crown prince, who is also responsible of killing and starving thousands of people mostly women and children in Yemen.  Yamen is mentioned only once in his article.

“The most significant reform process underway anywhere in the Middle East today is in Saudi Arabia.”  … “Yes, you read that right.” he assured his reader.  It is no surprise that,  arguably the most influential newspaper in the world gives that much space to Tabloid  journalism of Friedman’s infantile analysis, The Times  has been praising the Saudis reformers in the monarchy for last 70 years, as was listed by Georgetown historian Abdullah Al-Arian in a series of tweets.

“Unlike the other Arab Springs — all of which emerged bottom up and failed miserably, except in Tunisia — this one is led from the top down by the country’s 32-year-old crown prince, Mohammed bin Salman” Friedman explains! But wait he had another theory explaining Arab Spring,   Right after  it broke up in Tunisia then Egypt illuminated by Tahrir Square images of millions of Egyptians demanding the toppling of Mubarak regime .   Friedman came up with his theory to explain it, another big idea – an idea that is so outlandish and out of step with history that it nearly takes your breath away. In the article titled, “Did Dubai Do It?” he remarks, “Dubai/ UAE is the capital of the Arab Spring — the real revolution started here.”[2] …  He goes on to explain, “The Arab awakening did not start because they wanted freedom and democracy. It started in the mind of the average (Arab) who the saw the evidence in Dubai that we could do things that are hard, and we could do them world class (like Dubai Ports and Emirates Airlines).” According to Friedman, it wasn’t the years of Mubarak, Ben Ali, Gaddafi, Salah, and the Bashar dictatorship that sparked the awakening of democracy after all, it wasn’t the invasion of Iraq but it was the invasion of iPhones that inspired Arabs to revolt.
As a journalist, I attended three “One Million Man” marches in Tahrir Square, and at each event, I never saw one sign for Dubai, the Emirates, or even one chant expressing the right to have a fine, clean airline; the right to have clean bathrooms, maybe. Of course from an orientalist mindset, Mr. Friedman believes he can understand Arab minds more than Arabs themselves.

Based on Mr. Friedman’s thinly veiled racist analysis and oversimplification of Arabs and their struggle, we can surmise that he thinks Arabs don’t aspire for freedom and dignity, like in the west, but rather, they want malls, iPhones, and luxurious airliners. Mr. Friedman may be confused by the fact that Dubai didn’t really inspire the Arab revolution, but rather has inspired an Arab dictators’ counter-revolution, punctuated by a fascination of putting their names on buildings and cities. The Saudi and El Hashimy families named the whole country after themselves. In Egypt we have Nasser City, Saddat City, Mubarak disaster city and now General Sisi moving Cairo capital city away from Tahrir Square. Shouldn’t the New York Time fire Thomas Friedman for all his racist assaults on Arabs/Muslims and his groping of 21century orientalist ideas! 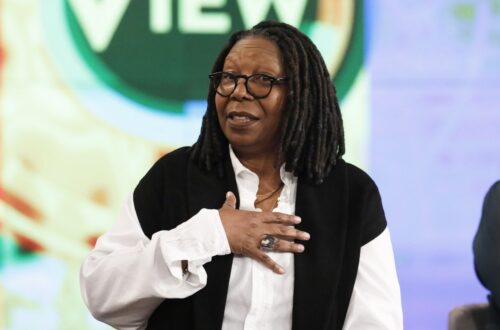