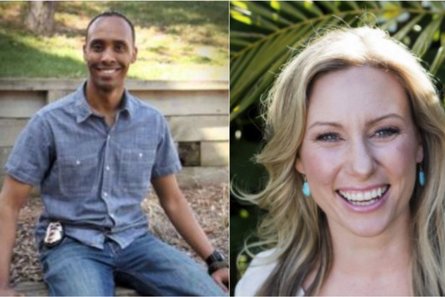 “Minneapolis police officer Mohamed Noor shot and killed Justine Damond, an Australian woman living in Minneapolis, on July 15 after Damond called 911. The same people who demonize black victims of police shootings accept and support the standard police narrative — he followed the police shooting protocols; the police officer feared for his life; he puts his life on the line every day. Yet Noor has been treated differently.’Somali immigrant cop Mohamed Noor, who shot Justine Damond, was ‘highly celebrated’ by Minneapolis mayor in 2015.”

What’s so interesting about this headline from Fox News U.S., a right-wing-nut media outlet, is that it encapsulates the general reaction and mood of all media, police leaders and the community at large. In this headline, we learn the identity and ethnicity of the officer who shot a civilian earlier this month. A presumption of innocence is not there. The headline has an “I told you so” or “gotcha” ring to it. The immigrant cop, imagine, was “highly celebrated” by the Minneapolis mayor when he joined the force in 2015. Forget about all those heroes who protect us from evildoers — the mantra we hear all the time when the shooter is a white police officer.

We’ve had young black men, and children as young as 12, shot for doing normal mundane things — playing with toys, taking a walk, wearing a hoodie, or just driving or taking a walk in the park. But almost every time we hear almost the same standard reaction from the police, the media and community at large.

We get the background vetting of the black victim, digging into the criminal history, finding the dirt before the victim even gets properly buried. Previous complaints, drugs in his blood, any minor offenses from years back. Demonizing black victims of police shootings is a standard procedure, putting the black victims on trial before finding out what really happened.

At the same time, almost always, the same people who are demonizing black victims of police shootings accept and support the standard police narrative — he followed the police shooting protocols; the police officer feared for his life; he’s a family man with kids; he coaches Little League; he is our police hero after all who puts his life on the line every day to protect our community.

Officer Noor has been treated a bit differently. His victim was a white woman, and the Star Tribune quoted her family’s lawyer as saying she was the “most innocent victim” who was “shot in her pajamas,” as if her wearing pajamas is enough evidence against the officer.

Of course, there is something innocent about pajamas, but in fact the alley where the victim was shot was pitch dark, according to eyewitnesses, so what a person was wearing there has no bearing on the shooting.

Unlike the routine practice of publishing the most threatening pictures of a black victim, the image of the beautiful, smiling blonde victim in this case was on every front page and TV show, both here and in Australia. There, at the same time of Damond’s shooting, a (light) sentence was handed down in the senseless killing of Elijah Doughty, a 14-year-old boy from Kalgoorlie, Western Australia. But as professor and Australian blogger Mike Frost wrote, in the case of the death of that aboriginal boy, “there wasn’t interest in the general public. No outrage. No pictures of the 14-year-old victim plastered on every news broadcast.” 1A, a Public radio show where the guest chief police explained without being challenged that the overwhelming statistics evidence of the fact that black are more like to be victims of police shooting that whites, the chief police thinks “it is due to the fact that blacks more likely to be involved in violent crimes than whites” Reports on the Noor-Damond shooting often quickly identified the officer as Somali-born, Somali-American or Muslim-American. In police shootings of black victims, as community leader Matthew Ramadan articulated to me in an interview, the officers’ ethnicity or religion never have been dwelled upon. We hear that Noor divorced his wife over joining the force and that he has had several complaints lodged against him. “He panicked when he saw the Australian woman wearing pajamas,” goes the narrative.

How could we have such polarized perceptions of reality in this age of information, internet and smartphones? To be a police officer, and shooting innocent people,  in a perverse way, a mainstream think, and a sign that Muslims are assimilating as is often asked of them .Nothing would explain it other than the deep racism, Islamophobia and xenophobia in which we are living today. As the Star Tribune reported, Minneapolis City Council Member Abdi Warsame is calling for an end to the racism and Islamophobia that have targeted the Somali community since the shooting — saying former U.S. Rep. Michele Bachmann “insinuated in a speech last week that Noor may have shot Damond for ‘cultural reasons.’ ” No one knows how Bachmann’s brain works, but you can always count on her to bring the bacon when Muslims are on the menu. So the question to her is, Would Mohammed Noor had acted differently if he wasn’t a police officer, just a Somali Muslim. My Imam would disagree with that this assumption, we as Muslims supposed to help a woman in need regardless of what cloth or religion she is wearing.

“The current officer training program indoctrinates individuals of all races into a system that teaches them to act first, think later and justify with fear,” explains state Rep. Ilhan Omar, DFL-Minneapolis, the nation’s first Somali-American legislator.

And this really in a nutshell represents most views within the Somali and Muslim communities — not the reflexive reaction of defending their man. They know immigrants and blacks are the primary victims of police shootings; they joined and supported the Black Lives Matter movement to raise awareness of police brutality against African-Americans. They understand now that Muslim-Americans are the new blacks.

Ahmed Tharwat is host and producer of the Arab-American TV show “BelAhdan,” which airs at 10:30 p.m. Mondays on TPT. On Twitter @ahmediatv. He blogs at Notes from America at www.ahmediatv.com.