As Philando Castile’s head slumps backward while he lies dying next to her, Diamond Reynolds looks into the camera and explains a Minnesota police officer just shot her fiancé four times.

The nation is, by now, accustomed to grainy cell phone videos of officer-involved shootings, but this footage from Falcon Heights, outside Minneapolis, is something different, more visceral: a woman live-streaming a shooting’s aftermath with the police officer a few feet away, his gun still trained on her bloody fiancé.
“He let the officer know that he had a firearm and he was reaching for his wallet and the officer just shot him in his arm,” Reynolds said as she broadcast the details of Wednesday’s evening shooting on Facebook. 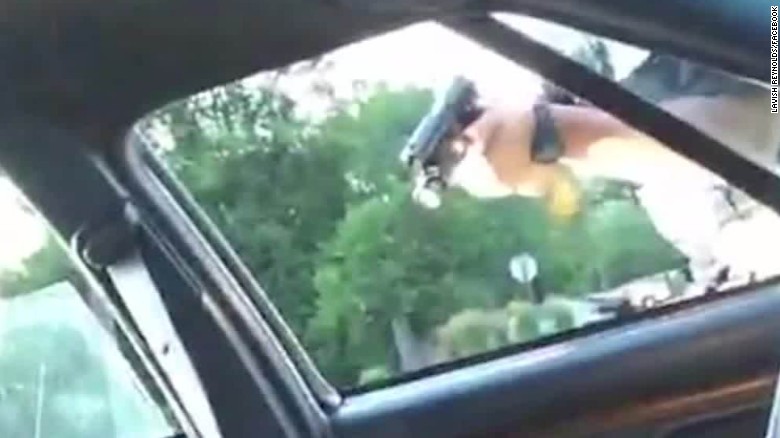 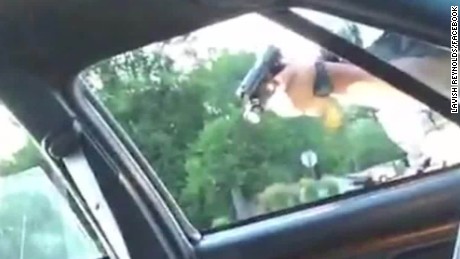 Woman streams graphic video of fiancé shot by police 02:38
Castile, an African-American, was a school nutrition services supervisor who was popular among his colleagues and students, according to his employer.
5 officers killed at Dallas protest against shootings
He had been pulled over for a broken taillight, Reynolds explained on the Facebook video. He told the officer he was armed and had a concealed carry permit, she said. Her daughter, 4, was in the back seat.
As she speaks, Castile’s wrists are crossed. Blood covers the bottom of his white T-shirt sleeve and a large area around his sternum and left rib cage. Perhaps in shock or agony, he peers emptily upward. At one point, he moans in pain as she describes the situation.

‘You shot four bullets into him, sir’

Though you can’t see the St. Anthony police officer’s face, you can hear the agitation in his voice as he tells Reynolds to keep her hands visible.
Composed, as she remains through much of the video, Reynolds replies, “I will, sir, no worries. I will.”
The officer still sounds distressed as he explains, “I told him not to reach for it. I told him to get his hand off it.”
Moments later, Reynolds pleads with God and then the officer as she realizes Castile won’t make it. 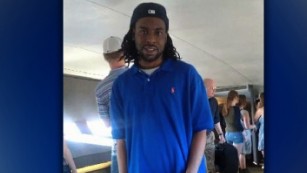 Philando Castile’s mom: ‘We are being hunted’ 22:42
“Please don’t tell me this, Lord. Please, Jesus, don’t tell me that he’s gone,” she said. “Please, officer, don’t tell me that you just did this to him. You shot four bullets into him, sir. He was just getting his license and registration, sir.”
She continues pleading outside the car as officers approach her with guns drawn. One orders her to her knees. The phone films the sky.
“Please Jesus, no. Please no. Please no, don’t let him be gone,” Reynolds says before officers place her and her daughter in a police cruiser.
Later, at Hennepin County Medical Center, her fears were confirmed: Her fiancé was gone, just a week and a half before his 33rd birthday.
Diamond Reynolds: ‘I want justice’
Castile’s death came a day after bystanders filmed police shooting a restrained man in Baton Rouge, Louisiana. Alton Sterling, 37, died in that shooting, sparking national outrage. It also comes eight months after the police killing of Jamar Clark in Minneapolis, which spurred demonstrations in March when the officers involved were not charged.
President Barack Obama, speaking in Warsaw at a NATO summit, called the shooting deaths of Sterling and Castile “tragedies” and demanded that the country as a whole “do better.” Americans should feel outraged at episodes of police brutality since they’re rooted in long-simmering racial discord, Obama said.
Obama on police shootings: ‘This is not just a black issue’

Castile’s mother said that he and his sister had stopped by her house earlier Wednesday. During the visit, they had discussed the dangers of carrying weapons, even though both of them have concealed carry permits.
“I really don’t even want to carry my gun because I’m afraid that they’ll shoot me first and then ask questions later,” Valerie Castile eerily recalled her daughter saying.

I know he didn’t antagonize that officer in any way to make him feel like his life was threatened.

She learned of the shooting via phone calls from people witnessing the live stream on Facebook, she said. When she and her daughter arrived on the scene, they weren’t permitted to speak to Reynolds, she said.
By the time she arrived at the hospital, the grieving mother said, her son was already dead and authorities wouldn’t let her see him or identify him. Police won’t let her ID him until Friday, she said.
“I’m not getting the answers that I’m asking for,” she said. “They’re telling me that they don’t know anything, so I don’t know anything.”
A community vigil and march was held Thursday evening, beginning at J.J. Hill Montessori Magnet School in St. Paul.

Uncle: Police are supposed to protect us

Philando Castile’s uncle, Clarence Castile, said the images of his nephew dying are the “most horrific thing I’ve ever seen in my life.” He, too, cast a critical eye on the nation’s police. 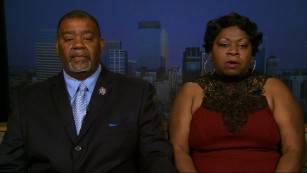 Shooting victim’s mom: He was black and in wrong place 02:29
“We hear about things like this happening all the time around the United States and the world, people being harmed and abused by people that we’re supposed to trust with our lives, people that are supposed to serve and protect us. And they tend to be our executioners and judges and murderers.”
Clarence Castile said his nephew was “so docile and laid back,” it’s difficult to see how anyone might perceive him as threatening.

Sgt. Jon Mangseth, interim chief of the St. Anthony police, said two officers were present when the shooting occurred. They were identified late Thursday as Officer Jeronimo Yanez and Officer Joseph Kauser.
Both have been with the St. Anthony Police Department for four years. Both are on standard administrative leave.
“Officer Yanez approached the vehicle from the driver’s side and Officer Kauser from the passenger side. At one point during the interaction, Officer Yanez discharged his weapon, striking Castile multiple times,” according to the Minnesota Department of Public Safety Bureau of Criminal Apprehension.
St. Anthony police don’t have body cameras, according to office manager Kim Brazil.
One officer has been placed on paid administrative leave, which is also standard procedure, Mangseth said at a news conference. No police were injured.
“We will release the information as we learn it, and we will address concerns as we are faced with them,” he said.
Mangseth said early Thursday he hadn’t seen the video, but he knew about it. The nearly 10-minute video garnered more than 1 million views before it was pulled from Facebook. It was then re-released on the social media platform with a graphic warning. 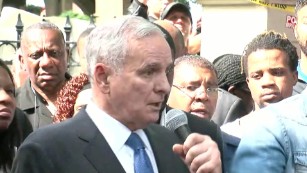 MN Governor: ‘Justice will be served’ 02:10
The Minnesota Bureau of Criminal Apprehension Assistance is investigating, Mangseth said. An autopsy was under way Thursday at the Hennepin County Medical Examiner’s Office, a spokeswoman said.
Poll: 1 in 5 African-Americans report ‘unfair’ dealings with police in last month

By early Thursday, protesters had begun gathering outside Minnesota Gov. Mark Dayton’s residence.
Minneapolis amateur photographer Tony Webster shot photos late Wednesday of gatherings at the scene of the shooting and at the governor’s mansion. He described two very different atmospheres.
In Falcon Heights, word of Castile’s death hadn’t reached the protesters, and while the scene was “incredibly intense,” those congregating were mostly observing and recording the investigation unfolding behind the police tape.
“It was very sober. There were candles. There were signs, but they weren’t politically charged,” he said.
At the governor’s mansion, he said, people demanded accountability. Webster felt compelled to document it because he hoped the photos would “bring people to the conversation,” he said.
“I live in Minneapolis, so I think these issues hit home,” he said. “I’m white and I don’t have these experiences myself, but it’s tough. No one who is white will ever understand the feeling of being pulled over and fearing for their life.” 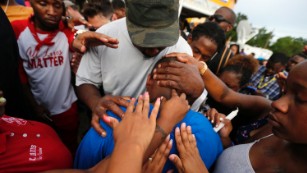 Dayton released a statement saying he extended his condolences to those who knew Castile and later, during a news conference, questioned the officer’s response.
“Nobody should be shot and killed in Minnesota for … a taillight being out of function. Nobody should be shot and killed while they are seated still in their car without a very, very different kind of response,” he said.
Dayton said he didn’t think the shooting would have occurred if Castile and others in his car had been white.
The U.S. Justice Department released a statement saying it “is aware of the incident and is assessing the situation.”
White House wants closer ties between communities, police 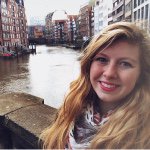 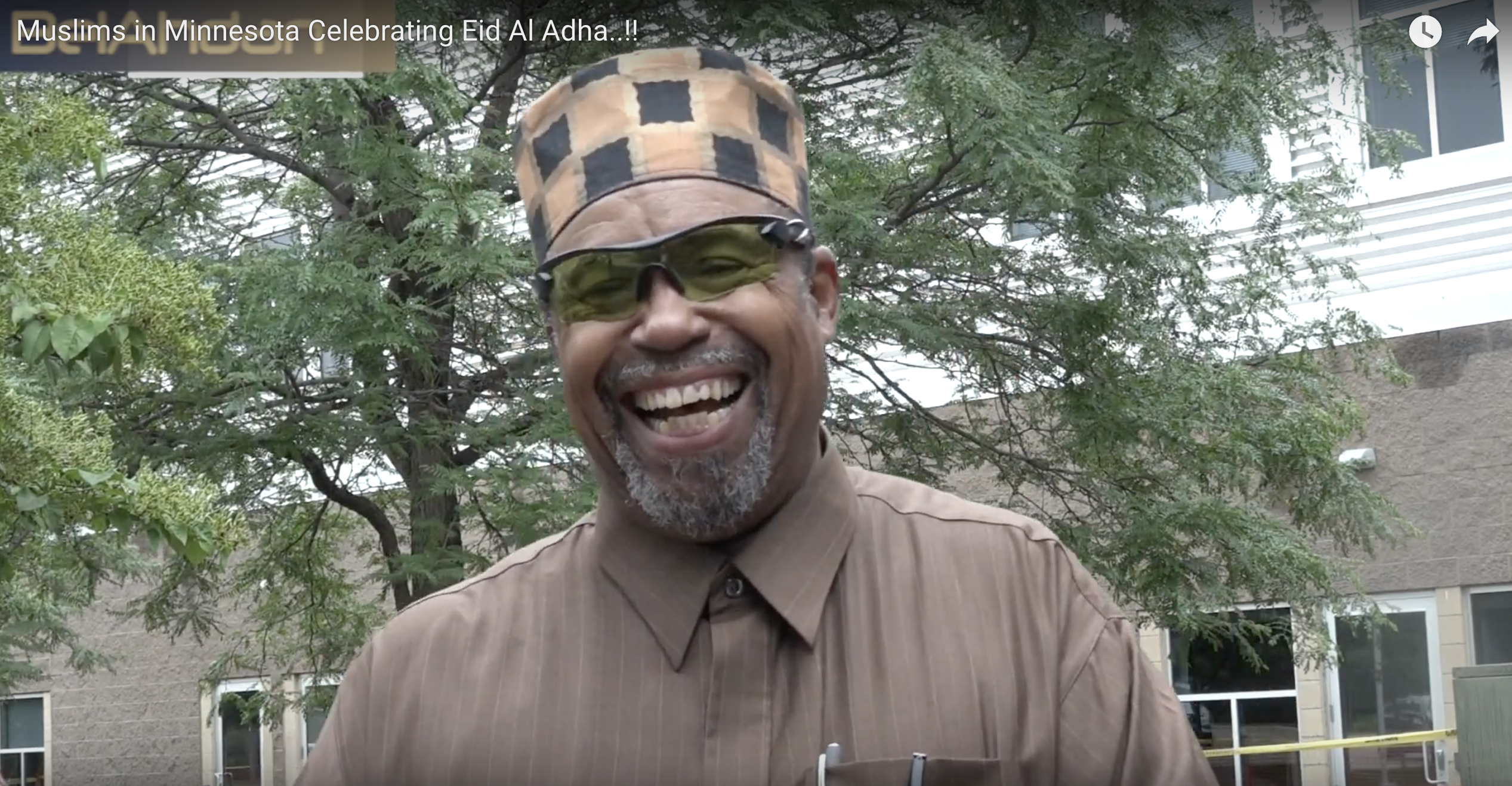