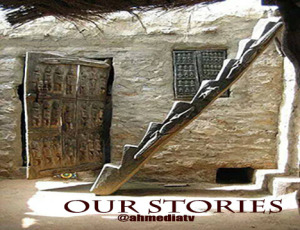 according to the Washington research center New America.
“In America, the mass shooting in San Bernardino has further radicalized anti-Muslim feeling. If only people felt as passionately about all the domestic terrorism and mass shootings. Since 9/11, more people have been killed by white supremacists and right-wing extremists than by jihadists in America,”
According to the Council on American-Islamic Relations (CAIR), “American mosques and Islamic centers have been the targets of vandalism, harassment and anti-Muslim bigotry at least 63 times this year. That’s the highest number since CAIR began keeping track in 2009 and a threefold increase over last year.”

In a time of crisis and in the absence of rational thinking, people express grievances differently. American fixation with attacking mosques is puzzling in a country that prides itself on the sanctity of private property. Angry Americans attack and burn mosques — Muslim place of of worships — while angry Muslims attack and burn, not churches, but the American flag, which is a political symbol.

President Obama assured us that America is not at war with Islam or Muslims, that this is a war on ISIL, or Daesh. So why don’t angry Americans burn ISIL flags instead of mosques?

Well, let us seek enlightenment from the “American Thinker,” a daily internet publication that is, as it claims on its website, “devoted to the thoughtful exploration of issues of importance to Americans.” In an article written by Carol Brown titled “Mosques on the front lines in the war against America,” she explains: “Mosques pose a dual risk to Americans. First there is the nature of what is preached inside the walls of the mosque. Second is the nature of the walls themselves.”

I have no idea what she means by “the nature of the walls themselves.” Most mosques in this country were at some point churches or schools that closed down. Very few mosques are actually built as mosques.

Here is the scary thing. According to Brown, 80 percent of these mosques “preach jihad,” as she puts it. I went to a federal trial of a Somali American who was accused of recruiting young Somalis to go and fight with Al Shabab. The prosecutor asked him: “When you go to mosques, didn’t you recite ‘jihad verses’ with your friends (conspirators).”

I have no idea what those “jihad verses” are.

The role that mosques play in Muslims’ lives and belief system is unlike the role of churches, and is way overstated. I go to mosques periodically and I have never seen such a bunch of bored Muslims as those who are exposed to the so called jihad preaching.

If America has “born-again Christians,” Islam has “bored-again Muslims.” Imams, for the most part, are unqualified self-appointed preachers, not well versed in religion or in effective communication.

And here is a tip that may help Islamophobes: Nothing disperses a crowd of Muslims’ like an Imam’s sermon. People carefully plan their Friday prayers to miss the sermon. More Muslims meet after Friday prayers for social gatherings than actually during the prayer.

When I was growing up in Egypt, most people went to the mosques for the indoor plumbing. In countries where secular dictators like Ben Ali, Gaddafi, Al Assad and Mubarak ruled, mosques were the only places the dictators couldn’t control. So the only things that grew in those countries were corruption and beards.

Mosques played a major role in the Arab Spring, however. Mostly it was led by young seculars who probably never visited mosques before the revolution, and whose main chant was for “bread, freedom and social justice.”

As Charles B. Anthony wrote in “Middle East Eye” magazine: “Militant political Islam was midwifed in the dungeons of Nasser’s Egypt, aided by the CIA as counterweight to Pan-Arab nationalism, then raised in Afghanistan as a proxy force for fighting Russia, with our stalwart allies the Saudis sowing the seeds of Wahabi ideology from Peshawar (Pakistan) to Tunis.”

Radicalization among Muslims is driven mostly by socioeconomic conditions and local politics. People in Muslim countries express their political grievances in religious rhetoric. But the biggest issues that drive terrorism against the West are political, not religious — the invasions of Iraq and Afghanistan, the support for Arab dictators and for Jewish state atrocities against Palestinians.

The only religious war we have is Muslims fighting among themselves in sectarian wars in Iraq, Syria and elsewhere after Western interference broke down social institutions.

According to the latest Gallup Poll released Monday, Americans’ concern about terrorism has increased five-fold in the past month alone, surpassing the economy as their most important concern. Presidential candidates are taking notice.

Lots of pundits are trying to figure out Donald Trump’s outrageous, racist statements about Muslims. As Chauncey Devega succinctly stated in Salon: “Racism, bigotry and xenophobia are a core part of America’s national character.” And it is as old as apple pie. The GOP debate is nothing but hate speeches. As Devega stated: “83% of American history was a history of slavery and exploitation of non whites to reinforce white supremacy.”

The night of the 9/11 attacks, I was asked by Charlie Rose in a TV interview how that terrible tragedy was going to affect Muslims in America. I quoted Winston Churchill: “You can always count on Americans to do the right thing — after they’ve tried everything else.”

It seems the learning curve is longer than I thought.