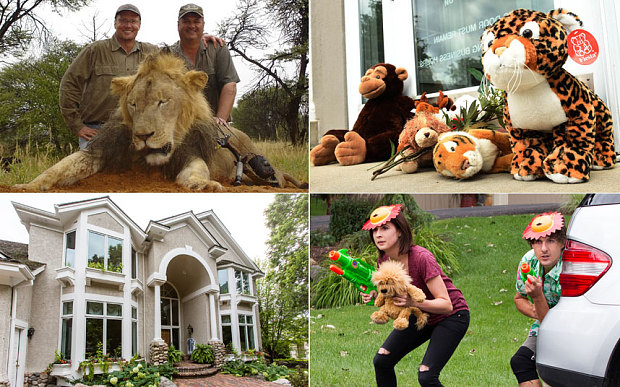 The West’s fascination with Africa as a wild jungle or uncivilised continent has a long history that still lives with us today. Most Americans know Africa through National Geographic specials, topless natives and free roaming animals – a continent void of civilised people and culture, only famine, danger and wild landscape.

Africa has also long been a place for Westerners to fulfill their peculiar fantasies, their wildest dreams, as a destination to escape the clutter of modern life and get back to the primitive, the pure.

“The last 400-500 years of European contact with Africa produced a body of literature that presented Africa in a very bad light and Africans in very lurid terms. The reason for this had to do with the need to justify the slave trade and slavery,” said Nigerian novelist and poet, Chinua Achebe.

Recent events bring home these truths to us. President Obama – with his much talked about African background – just visited his father’s birthplace in Kenya. He couldn’t help himself, but had to lecture Africans about democracy and freedom. Hollywood made over $6bn dollar movie called “The Lion King” about an African lion called “Simba”.

Americans and other Westerners go on wildlife safaris to see wild animals, and, often hunt for the real lions. Danish novelist Karen Blixen, in her best-selling book, “Out of Africa”, professed: “You know you are truly alive when you’re living among lions.”

If you’ve paid attention to the news from Africa recently, you will know that a 50-year-old white American dentist, a father-of-two, travelled all the way to Zimbabwe and paid $50,000 to have the privilege of killing a lion that was a participant in an on-going study and beloved by people around the world. Cecil the lion was living in a Zimbabwean sanctuary area that is protected and preserved. Walter Palmer, the dentist who committed the reprehensible crime, lives in Minnesota, my beloved state, protected by his wealth and his eccentric hobby.

Conservation groups in Zimbabwe reacted angrily to the news that the 13-year-old animal had been killed: partly because of the way in which he was killed. As reported in the news, the American dentist, and the men hired to help him, lured the lion out of the national park and initially shot him with a bow and arrow. This might have been made easier by the fact the lion was known to visitors and seemingly enjoyed human contact.

Unfortunately, this dentist is known for his love of hunting of big game for trophy collection. The New York Times reported in a 2009 article, which profiled Palmer and his hunting methods, that he had served a year of probation over a case of a false statement. The Times article detailed Palmer’s skill and enthusiasm for using archery rather than firearms to slay animals. In the recent case, the American dentist paid a huge sum of money ($50,000) to get the thrill of shooting a lion from close range.

The “lion hunting safari” has become a huge business supported by Americans who are eager to kill for entertainment. A simple Google search produces thousands of links and pages filled with photos of people posing alongside lions they’ve killed on their own sites, and on associated Facebook fan pages.

The real tragedy here illuminates the fact that the American dentist went to Africa not just to hunt and kill a lion – he went to exercise his white privilege and the privilege of wealth. He violated Zimbabwean laws and exploited their cultural affinity for hospitality just for his sadistic pleasure in killing.

So many Americans have registered their shock and abhorrence of the dentist’s actions, his office and his house been stalked and his life has been threatened, but for the wrong reason. He has gone underground because he killed a well-known lion, which obscures the real issues of his use white privilege and his violation of people of colour and the African culture, but what we left with now, is the story of the dentist who killed Cecil the lion.

Ahmed Tharwat is host of the Arab-American TV show Belahdan. His articles are published in national and international publications. He blogs at Notes From America, on www.ahmediatv.com. Follow him on Twitter @AhmediaTV