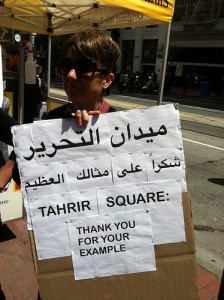 …from Tahrir with Love

This year I have gotten more Christmas and New Year greetings from Egypt than I have ever gotten from all my friends here in the US. Americans don’t even send Christmas greeting anymore, they send Holiday greeting, as Fox News pundits claim that there is a war on Christmas in the US, not Egyptian Liberals, they are celebrating Christmas as if it is a national holiday. Egyptians elected for the first time in their long history a civilian president, which brought to power a Muslim brotherhood candidate, Mr. Mohammed Morsi. A few months in power the Egyptian liberals whom their candidate lost in the first round, have lost their bearing, gradually losing the ground to the entrenched well-organized Muslim brotherhood, and their Salafy alliance. Mr. Morsi lack of leadership and a few constitutional missteps gave the appearance of power grapping and the islamization (brotherhoodization) of Egypt. This was met by a stiff resistance from Egyptian liberals, who use the street as a platform for their demands and grievances. There is a deep struggle now in Egypt not so much about new ideas, but new Egypt. After 60 years of military dictatorship, Egypt is looking for a new direction, a new identity, wither an Islamic or secular Egypt. Liberal in Egypt found themselves on the defense, with their populist leader, nr. El Bradei and Mr. Sabbahi not willing to master any serious opposition other than calling for one-million march, to Tahrir every time they oppose something and want to have their voice heard. Now liberals are launching a crusade against Islamists and Muslim brotherhood rejecting the appearance of any Islamic symbols and tendency in Egypt. Liberals elites in Egypt will do anything to taunt the Islamists, and willing to do anything to stop Muslim brotherhood hegemony on Egypt buy becoming christen brotherhood themselves, pondering to Copts in every occasion, visiting church, celebrate Christmas, Christmas for them is not so much celebration of Jesus birthday , for liberals elites it is a westernized holiday that is full of flashes, fireworks, drinks and gifts, a commercial one. Where as Almoulid, Birth of Muhammed is usually celebrated in Egypt by the poor uneducated masses allover Egypt, voide of any greetings cards or fireworks, they don’t have a Hallmark company to speak for them, only their own tradition and values. The liberals Self loathing and Islamophobia reflects a paranoia toward Islamists that is worst than the one found here in post-911 America, the anti Islamist rhetoric in Egypt seems as if it is coming from Michele Backmann playbook. They think the Muslim Brotherhood not that penetrated the Egyptian government but everywhere the Egyptian society. They look at Islamists as backward, fanatic and extremists who will take Egypt a few century back, and in same time talking about old Egypt and its proud pre-Islamic history. “Egypt would lose its Pharaohnic identify” said Azza Soliman a political writer whom I interviewed in her house in Cairo, When I visited Egypt this Summer, “ the oppressive minority won” Said, liberal and head of Nassreist party after 63% of Egyptians said yes to new constitution referendum. I went to Tahrir Square for three different one-million-man march, two for Islamists (Salafy & Brotherhood) and one for so called the revolutionary forces, Liberals, lefties and all opposition, I found it easier to talk to Islamist than to liberals; who were more dogmatic and uncompromising, their self righteous blinds them from listening to any opposition. Where the Islamists were confident and open to dialog, My bearded camera Salafy help was chased out of one of the liberal tent with a can of spree like roaches, he smiled and left the tent apologizing.. The very same people who are accusing Morsi of siding with America and the west, are looking westward for salvation. They are against the new constitution because doesn’t protect minorities, and in the same time when Essam El-Aryan head of the Muslim brotherhood out of the blues invited Egyptian Jews living in Israel to come back to Egypt, and enjoy the new free Egypt “ they should not live in a country that occupy and exploits Palestinians ” he explained.. The Liberals went nuts, started a camping of treason and sell out accusation against him. After toppling the biggest dictator in Egyptian history, liberal ran out of ideas. Now short of making fun of Morsi and his party, they are sitting lame duck at Tahrir Square with no vision for Egypt except opposing its “Ikwanization” and western liberal slogans of Christmas greetings and Happy New Year wishes from Tahrir with love. 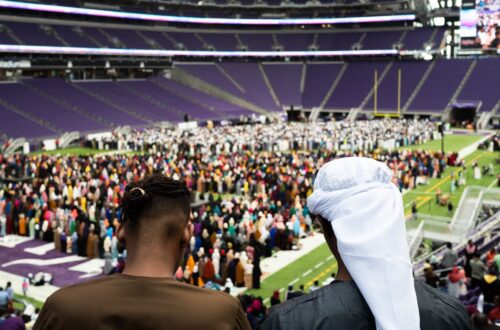