Im Muslim and not gay!
This week I was invited to OUT Twin Cities Film Festival, that according to their website has a mission “… to connect and celebrate the diversity of the community through the art of cinema by producing a provocative annual festival showcasing Gay, Lesbian, Bisexual, Transgender and Queer filmmakers”.
The reason I was invited, … they were showing the film “I Am Gay And Muslim:, by filmmaker Chris Belloni . The screening was at Crooked Pint Ale House; near downtown Minneapolis, a movie about gay Muslim screening in a Ale house, I didn’t expect the place will be swarming by Muslims there, however, research shows that the majority of Americans ( 62%) would rather having a gay neighbor than a Muslim, so having a gay Muslim as a neighbor would be troubling for most Americans. “this festival should be the safest place for a Muslim” , explained Chris Durant the festival organizer. And he was right, at least you aren’t going to find Michele Bachmann or even anyone voted for her there. A welcoming place so was the people there, from the GLBT community. Mostly men, not overly gayish looking place, not really different than any Hookah places in the city, where Arab men go to drink tea and smoke Hookah all night. So I fit right in, as I was looking for a place to sit, a gracious man who was sitting in the far corner alone invited me to his table.. “you can sit here,… I wont bite” he says with a smile… so I did. “I saw your interviewed with Chris, I recognized you, he says. I thanked him and we chatted for a while. The program started with a short entrainment by Mrs. Smith, , she/he (not sure) was engaging and entertaining. And finally the screening of the film started. I came to see the film with an open mind, believing that Islam has a place for everyone, even for those who denies it even ever existed, we call them the people of the book, let the judo/christen folks try that for inclusiveness. I also know that contrary to what most people think, Islamic history is long enough for anyone to have a monopoly on its attitude on homosexuality. Slate magazine reported that; the French thinker “Foucault’s , argued that many Western languages had words for homosexual acts, but not for homosexuality, until very recently. If these theorists are correct, then the Islamic world was about 1,000 years ahead of the West on this issue.” Classical Arabic texts have several words for homosexuals and homosexuality dating back to the ninth century”.
The film started with a panorama shot of the gorgeous Morocco city, as the call for prayer blasting from the far distant mosque. I don’t know why western moviemakers, when making films about Islam or Muslims, insisting on shooting during the call for prayers… , it is only 5 times a day. A few years back, I was with an American crew shooting a documentary about the relationship between Muslims and Christians in Egypt, and the call for prayer actually blasted through the window of novelist Dr. Alla Elaswani’s office where we were shooting, the producer asked to take a short break. “Now I can take a smoke” said Dr. El Aswani. As he was relieved. I jokingly asked him, was that a call for praying or for smoking. We both laughed. Im gay and Muslim film is a documentary where Mr. Balloni, focuses on three Moroccan gay men, who spoke fairly good English and seem to live comfortably in upper middle class area. The film never got into the culture, the people, the history, the experts, or any context in which those young gay men live. Just 3 gay men talking to a sympathetic western about how they feel of being gay living in Morocco. Without hearing anything about Morocco, or the culture of Moroccans. So the story might be as will be happening in Beirut, Cairo, or even Taxes. The dramatization of the film is troubling, the silhouette profile picture of hooded gay man on the beach whispering, , the phone conversation under the danger of police eavesdropping, Mr. Balloni acted as a gay dedicative with artificial chase and suspense . I know how hard it is to make a film in a foreign country, let alone in a such topic, but Morocco is the most liberal Arab countries, with huge gay community, and gay friendly culture; where gay men come from allover the world to celebrate and have fun. Arab men in general are socially gay, where they hold hands and hugs excessively in public, so it is easier to blend in as a gay men if you keep you sexual relation checked. Why a western cares about Arab Muslim gay and their lives . Joseph Massad, associate professor of modern Arab politics at Columbia University, talks in his book “Desiring Arabs” of a “missionary” crusade orchestrated by what he calls the “Gay International”. Which, he says, came partly from “the white western women’s movement, which had sought to universalise its issues through imposing its own colonial feminism on the women’s movements in the non-western world”. I asked My friend Enas Ahmed, a French teacher who lives in Egypt, about this film. “… he seems to opened a closet and looked in, then quickly closed the door” … never came up with a new insight or any solution… I didn’t learn anything from this film”!I don’t want to give the movie away, Mr. Balloni’s film raised a very important question, a question that Mr. Balloni himself asked over and over again to those Arab gay men, a question that should be dazzling all Arab Muslim men at one point or another in their life, “Would you rather to go to pilgrimage or to have a love relationship with another man”. In the Arab culture, Every Arab man basically is having a love relationship with another man, the real question is, should it be a sexual one? 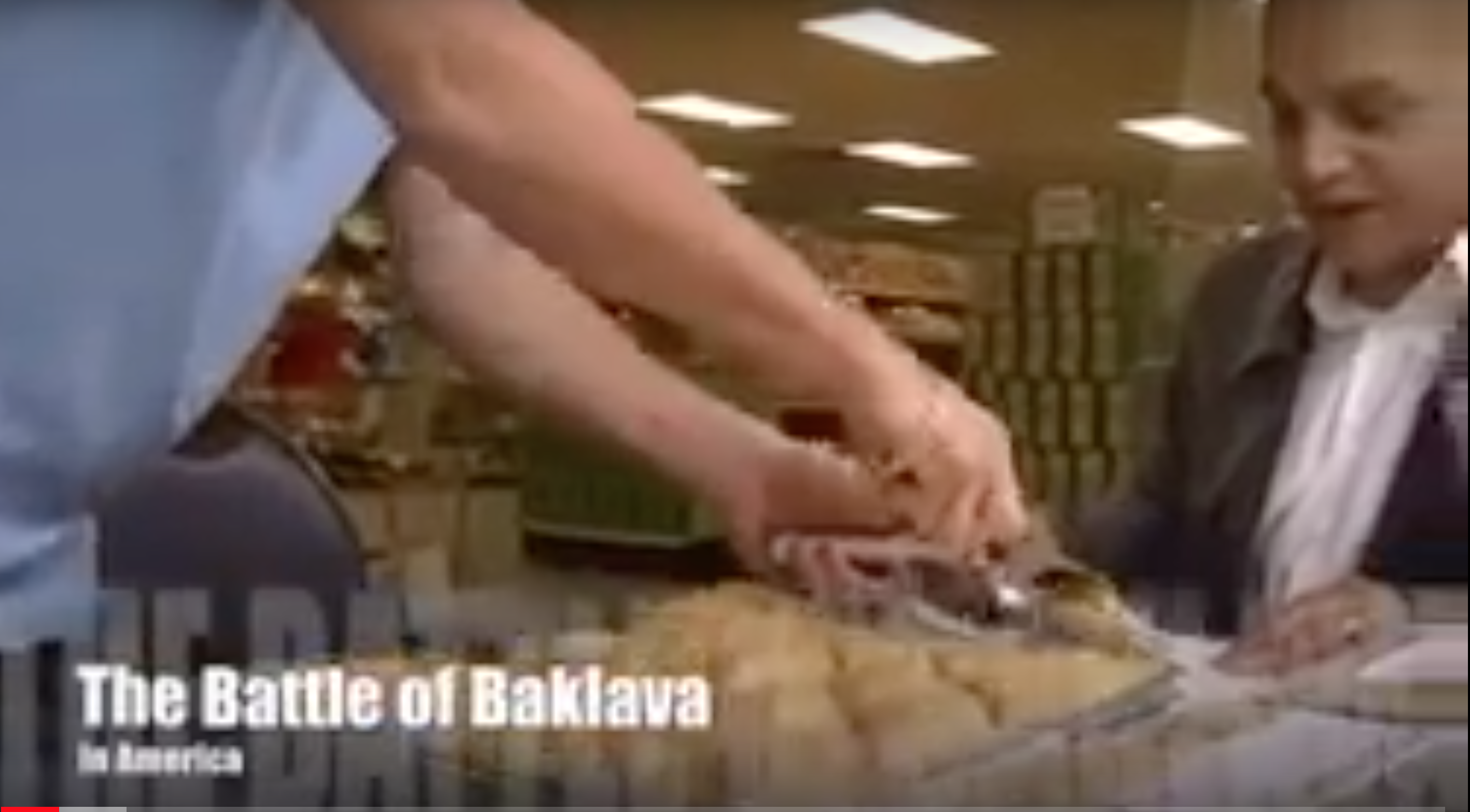 Whose is this Baklava Anyway!? The Sweet War in the Middle East! 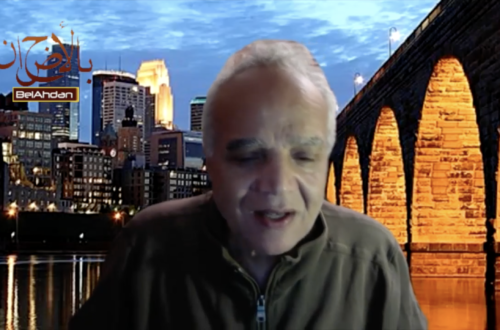 THE END OF THE AMERICAN CENTURY!