Everyone in America older than 10 year old, probably knows exactly where he/she was when the tragic of  9/11 hit, that Tuesday morning of 2001. Like the assassination of J.K Kennedy, and the Colombian space shuttle disaster. These are national and human disasters that the grief transcends, age, gender, and political affiliation. But does it transcend religion/race in post 9/11 home security craze. Still Arab/Muslim and people of color under suspicion, some Americans seem to think that we aren’t fully patriotic or American enough to have the ability to grief such tragedy.  People may ask Muslim Americans  where Bin Laden was or where they were when  Bin Laden was assassinated,  but nobody will ask us where we were during the tragic event of 9/11, as if they already  know the answer, we wear in secrete places singing and dancing. 10 years later, billions of dollars spent on home insecurity, launching two wars, and in spite of Arab spring rejecting violence and rejecting war on terrorism banner, toppling Arab dictators staple client of our war on terrorism, we still asking the same question. Can we trust Muslims?. Muslims American may or may not remember where they were on the day of 9/11 tragedy,  10  years ago . I cant say for sure where they will be this coming Sunday, during the 10th – year anniversary of 9/11,  but I can say for  sure they will be very far away from Mall of America. Now we learned that since Sept. 11, and after the nation’s leaders have warned that government agencies like the CIA and the FBI can’t protect the country on their own — private businesses and ordinary citizens have to look out for terrorists, too. So the Obama administration has been promoting programs like “See Something, Say Something” and the “Nationwide Suspicious Activity Reporting Initiative. “Reported investigation by NPR and the Center for Investigative Reporting, they suggest that “at one of the nation’s largest shopping malls, these kinds of programs are disrupting innocent people’s lives”. The shopping cathedral of modern time, the only place in America left for Arab/Muslims to go and express themselves as consumers, where they are not judged by the color of their skin, or the size of their beard but the color of the money they use, and the size of shopping pages they carry. MOA, the  place for Muslims where Macy ‘s girls will spray you with their fake smiles, and the folks at Banana Republicans not going to go banana on you because you have a beard or Hijab,  Coffee shops will call 9/11 because you ask for tea.  At Floreshmen show store, the  salesman will be happy to measure a Muslim feet, as long as you don’t bring feetbath to public bathroom,  that is according to Michelle Bachmann bringing Shari to America.  Shopping malls are the only safe heaven places to Muslims Americans where they get some respect, and equity. Outside of shopping malls, only ATM machine were friendly to Muslims, they will greet you and says hello even in Somali language, they will spit the money for you to take, no question ask or background check. MOA it is one of the few post 9/11 places that they are happy to see Arab/Muslims in groups. Thousands of Muslims celebrate their Muslim Eid (feast) twice a year there, where they take their families and customs and enjoy their religious holiday at the safety of the indoor amusement park.  You see here in America the sure thing to be accepted as –mainstream- is to become a consumer, a consumer society where a Muslim can build her body and becomes Miss America, but we can’t build our mosque without questioning our intention and patriotism. A society like a supermarket  where we have thousands of brands to chose form and only two choices to pack them in, paper or plastic, or democrats or republicans.  MOA and according to NPR investigative reporting, was racial profiling people of color and different appearance, such as beard or Muslim appearance., 2/3 of the people whom were singled out by MOA were people of color, In post 9/11 paranoia, Muslim  have been singled out at the airports, even Somali policemen were singled out because of their names, according to the report.   (FWM) Flying While Muslims was airborne violation for most Muslims, now , (SWM) Shopping While Muslims is another indoor violation that Muslims need to worry about. On this Sunday,  the 10th anniversary of 9/1, Muslims Americans have no place to hide, except maybe their mosques, and even there I’m not sure they are safe. 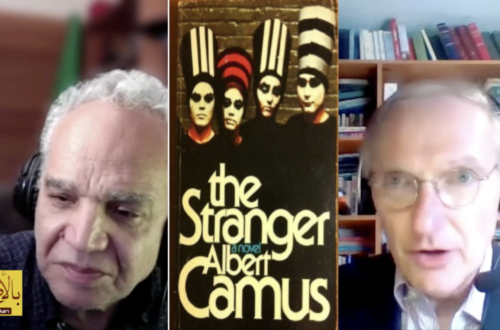 IN TIME OF PANDEMIC, AMERICA IS A NATION OF STRANGERS, Prof. David Schultz