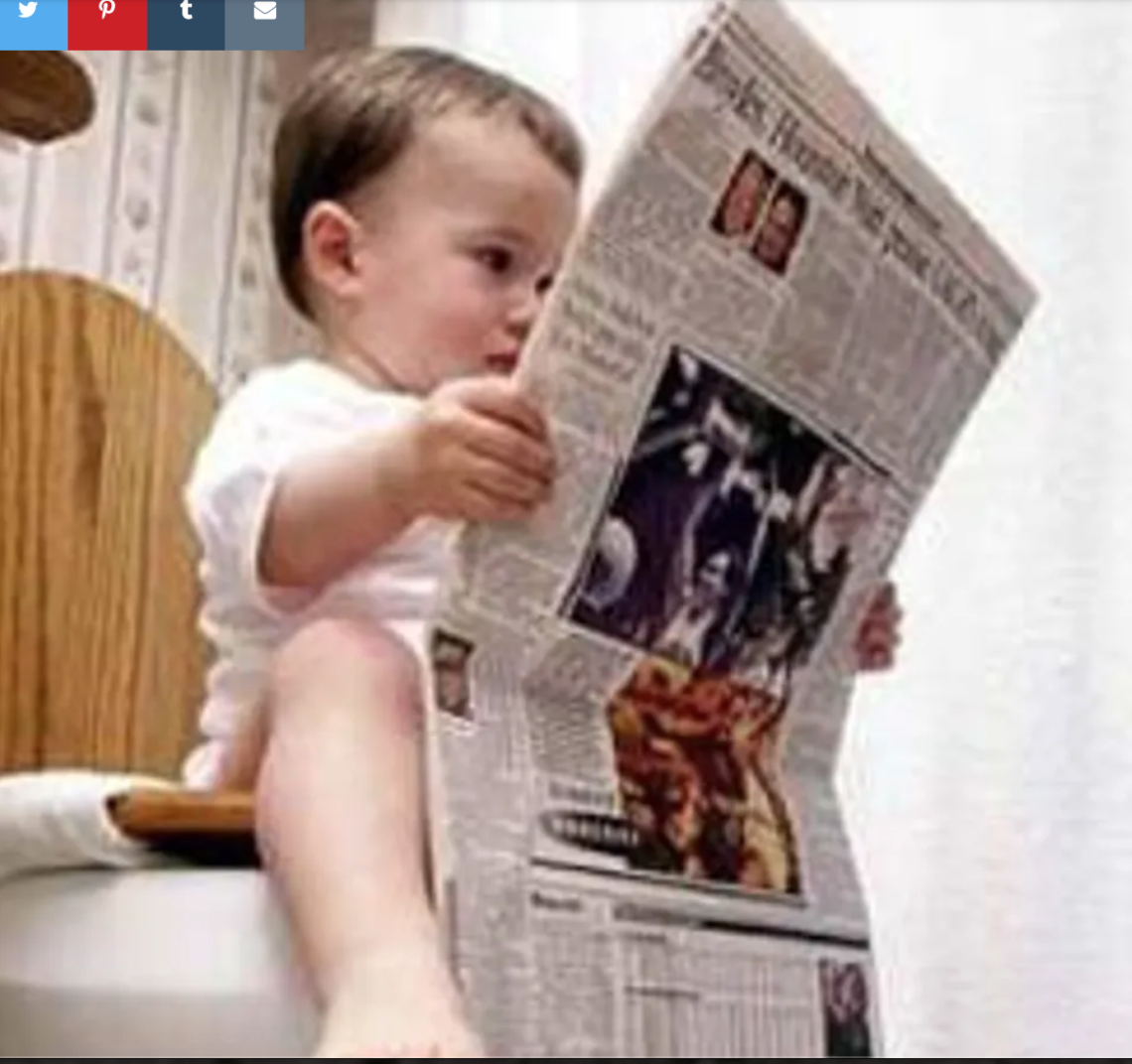 Sitting alone, in empty Starbucks in Eden Prairie area, writing this piece about Coronavirus scare, looking through the big windows, outside, cars lining up in a self-quarantined drive-thru, ordering their expensive coffee from the comfort of their own cars. The outbreak of #Coronavirus/ #CoVid-19 is testing our patience, social interaction, political systems, stock markets, our culture values, and our shopping habits. In China where it was originated, they are quarantining more than 100 million people, Italy is completely shut down. Italians, who were complaining about the African refugee crisis, are now escaping in drove to safer Africa fearing the Coronavirus, reversing the immigration trend. Japan and South Korea resorted to similar drastic measurements. The French government has warned its citizens they cannot use cocaine to protect themselves from the coronavirus. Reported the Independent.

In Gaza where it has been under Israeli and Egyptian Quarantine for almost 70 years, no cases yet found. In Egypt, in-state for denial, General el-Sisi the conquer of brotherhood virus, will take on the Corina virus. however, many CVID-19 cases are discovered in people traveling out of Egypt. Saudi Arabia for the first time in history, canceled hajj, unprecedented. In Iran, the Ayatollahs were late to react until some of them got the virus. Where Millions of people around the world, are fearful of the coronavirus, Americans here, are fearful of running out of toilet papers. The Toilet Papers s pandemic spreading in major supermarkets, and big retailers are running out of toilet papers,

“Consumers around the Twin Cities and nationwide flocked to stores over the weekend and on Monday toilet paper and other supplies amid concerns about the coronavirus outbreak. Empty shelves of toilet papers could not be found around the metro.” Reported Star Tribune. Two women have been charged after a fight at the supermarket over toilet paper, police said. It was reported that, Amid the shopping frenzy, a number of retail stocks surged on Monday. Toilet papers index, where Costco’s shares rose 10%, Walmart’s increased 8% and Minneapolis-based Target’s stock were up nearly 6% as the rest of the market tanked. Here in America, Nothing more terrifying to an American than running out of toilet paper., “But alongside hand sanitizer and toilet roll, many Americans have decided that – since you can’t be too careful – it’s time to snap up a gun.” Reported the Independent sales for guns is going up, people need to protect their toilet paper. Some even are trying to make quick bucks on the crisis, the New York Times reported, people buying truckloads of toilet paper and reselling them on Amazon and eBay, after gouging the price 100 times fold. On Craiglist, an ad reads “Free toilet paper!”. not used I hope, “My husband purchased an unreasonable (sic) amount of toilet paper.” she explained. For me, the only thing I’m afraid to run out of, my feta cheese, at the supermarket, I go after the toilet paper rush, my cheese, my Hummus, my Peta bread, fava beans, and my species, untouched and nobody moved my cheese.

We are a toilet papers culture, The average American uses 100 rolls of toilet paper a year,(20,000 sheets), it takes 384 trees in one man uses within a lifetime, the daily production of toilet paper is about 83,048,116 rolls per day. That is a lot of trees and wastes.

Americans are going nuts about the toilet papers where about 70% – 75 % of the world’s population does not use toilet paper, and more than billions of those are Muslims where water is the preferred solvent in washing butts, we use Bidet, Shattaf, شطاف, in Arabic, literally means washer “. The bidets were most common in high society, but its popularity soon spread, both to other social classes in France and to other countries in Western Europe—as well as Latin America, the Middle East, and Asia.” The Altlantic

“[The novel coronavirus] is engendering a sort of survivalist psychology, where we must live as much as possible at home and thus must ‘stock up’ on essentials, and that certainly includes toilet paper, “After all, if we run out of [toilet paper], what do we replace it with?” Professor of Psychology. on CNN, well, here what Americans can replace it with Sir; Shattaf/Bidet!شطاف

Shattaf/Bidet!شطاف never made it big in America, There are now, Shattaf/bide for all social economics, and lifestyle; one with warm water mixer, dry air for ou butt comfort, and a handheld Shattaf for those who still want to use their hands to wash their butts, There are so many benefits of using “Sahhtaf ” over Toilet Papers, saving environments, cleaner, and healthier, you really don’t get your hands around this private area, and Toilet Papers will never get it completely clean. Here is a video of an American using the Shattaf/Bidet for the first time. . “Still bide/Shattaf” never made it big with the Americans Americans still avers to using water to watch their butts. Americans were introduced to bidets during World War II when troops were stationed in Europe. “GIs visiting bordellos would often see bidets/Shattaf in the bathrooms, so they began to associate these basins with sex work. Given America’s puritanical past, it makes sense that, once back home, servicemen would feel squeamish presenting these fixtures to their homeland.” MARIA TERESA HART

The Greeks and Egyptians invented bathrooms more than 4,000 years ago, but Toilet paper is an American invention. Toilet paper became the only way to clean our butts, an urban legend manufactured by the paper company and Mr. Charming rolls! In the old days’ people use whatever is available around while they are pooping, rocks, sticks, paper, cloth till Sears catalog came along and became the preferred solvent to wipe our poop. We don’t do that if the poop hits the fan or anything else. In America, there is a host of chemicals products with fruit flavors to wash our hands and to clean anything, but when it comes to cleaning butts, they use paper. For Muslims, when it comes to cleaning our butts, papers won’t cut it. So, Muslims in time of this global toilet paper crisis, we can help. CDC guide to avoiding the spread of the highly infectious virus, asking us to wash our hands, faces with water and soaps more often, exactly what my Imam recommended, not just once, but five times a day. Americans have an intimate relationship with poops, said Dave Praeger, of The Poop Report (“Your #1 source for your #2 business”). In his new book, Poop Culture – How American is Shaped by its Grossest National Product, Praeger brings two major points concerning our relationship with poop, first, the environmental waste of getting rid of it, 2nd, the media inability to talk about it, unless in children books, comedy clubs or in a distanced discuss.

In the Poop Culture, Praeger went deep down into the hypocrisy of the undeniable connections between our poop, and the way we’ve shaped our world to avoid it. Praeger makes it clear, no matter how much we try to hide in the bathroom — conceal it with toilet paper, with floral scents, pink tissues, and blue liquids – ..” these are is the smoking gun that links every living creature, from bigwigs to bulldogs, to the scene of the very same crime, “ he explained. Americans are more terrified of running out of toilet papers, than the Coronavirus itself. I personally don’t buy toilet papers unless I have some Americans coming over to my house, all my toilets have Bidet, Shattaf” which never failed to flush up a conversation with visitors or Plumbers. Personal Hygiene, Muslims will never feel anything is clean unless they use water. Our biggest Jihad when we travel is finding “Shattaf” in restaurants, hotels or resorts. we may have POP, but we don’t have Portable “Shattaf”. In the Muslim faith, water is the only accepted cleaning solvent, and you have heard the saying “Cleaner than a Muslim butt”, Muslims wash their butts like it is the last jihad, after every trip to the bathroom. God assured us that he had created everything from water, our body is %95 water, everyone wants to live by the water, but American for some strange reason when it comes to cleaning their butts, don’t use water. Homeland Security instead of spying on Muslim homes, they should declare them sanctuaries for all Americans who ran out of toilet paper., So America takes it from a Muslim, AMERICA, TIME TO GET THE “SHATTAF” شطاف, , it is good for the environment and good for your butt too.