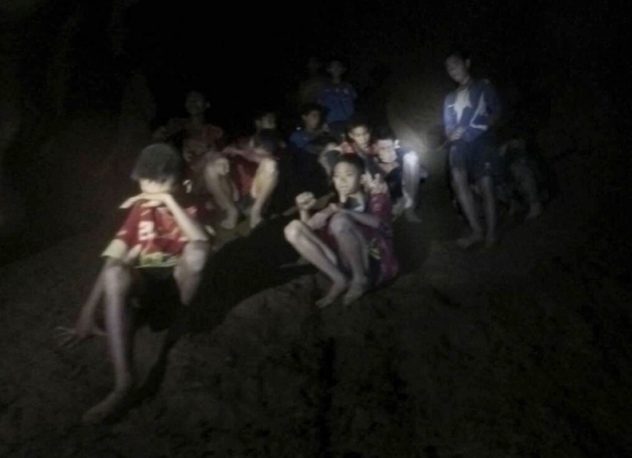 The world has been riveted with anguish, watching the rescue operation of the 12 young footballers and their coach who had been trapped for 18 grueling days underground in a cave in Thailand. The navy Seals in the country heading the operation confirmed that all were now saved and safely out. “We are not sure if this is a miracle, science or what,” the Seals stated. It was more than a miracle, it was the victory of human endeavor, a rare moment when people got together, tried to do good and saved lives instead of destroying them. The irony of all this was that the ordeal of those young footballers and their coach took place at the same time as the biggest football event, the FIFA World Cup, in Russia. 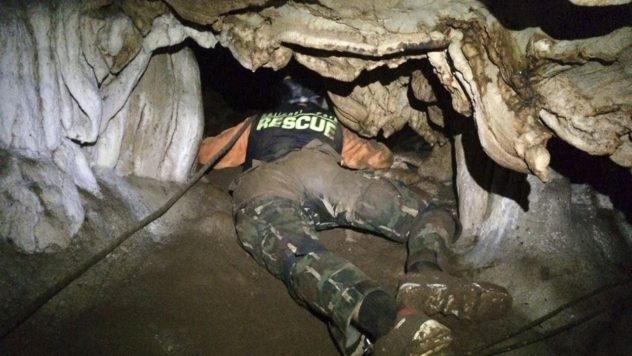 Watching the rescue operation unfold 24/7 brought people regardless of race, nationality, geography, and religion together with pure altruistic feeling. People stopped watching the World Cup and regular late-night entertainment out of concern for the young children’s fate. World leaders were of course quick to jump on the rescue wagon, Theresa May stating: “The world was watching and will be saluting the bravery of all those involved.” President Trump took a break from separating immigrant children from their families and housing them in cages, and tweeted “Great Job”. Even the tech entrepreneur Elon Musk offered his help, which thankfully the Thailand government, who cared about their children and national pride, rejected.

We need to remember however that there are other children out there who need to be rescued. Millions of children around the world have been under siege for years, killed and displaced; children in Syria who have been slaughtered and gassed by Assad’s regime with the help of Russia and Iran; children who are starving to death in Yemen by Saudi and Emirate forces supported by the West; Palestinian children who have been shot and arrested by Israeli soldiers just for being Palestinians; ethnic cleansing targeting Muslim children in Myanmar; soccer fans in Egypt who were trapped and slaughtered while watching a game – 74 ending up dead. Activists at the time accused the military government, SCAF, of plotting and encouraging the mobs to attack the trapped Al Ahli club fans; who played a major role in the Jan 25th Revolution.

In all these tragedies and atrocities committed against our children around the world, where nobody was watching, no one was rescued, all being killed in the dark where there were no cameras or outcries from social media. I can’t imagine what it was like for those children trapped inside that dark cave surrounded by water and despair, but on this occasion the whole world shared their grief and that at least gave them hope. However children in Syria, Yemen, Egypt, Afghanistan, Myanmar, and immigrants here in the United States are all trapped inside another deep cave, the political conflict cave.

What is it like for Palestinian children trapped in an eternal cave, surrounded by Israeli forces? They have been under siege for years. Ports are blocked, air travel is blocked and even the water is blocked and denied by the Apartheid Israeli state and military occupation. Yemeni children are trapped in a darker cave surrounded by Saudi and Emirate security forces. In Syria millions of them are trapped in an Assad cave, waiting not for rescue but for the next bomb or gas attack.

Millions of children all over the world are trapped in political caves that were created by military conflicts, yet nobody is watching and nobody cares. Their stories are overlooked and ignored by the tyranny of social media algorithms where everyone is fixated on the leading story tracking the herds to advertisers and corporate profiteering. After the rescue of those children from the underground cave, who is going to rescue our innocent children from our own political cave, a cave they didn’t walk into, a cave they were pushed into and are trapped deeper and deeper by the dirty hands of our politicians’ corporate profiteering and the military industry complex?

The cave in Thailand was in the spotlight for some time, it was searched, scanned and measured a thousand times, however nobody knows the depth and size of our political caves around the world, where millions of children are trapped. You don’t have to look too far, it is inside us all.