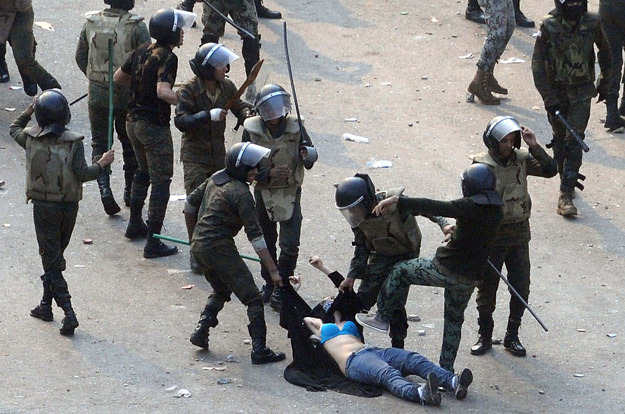 International Women’s Day (IWD).. is a day that the world celebrate the social, economic, cultural and political achievements of women,  “ March 8th,  was designated by UN to not just celebrate women rights, but to call for actions to improve women rights and gender parity. However,  Arab and Muslim women who have a long history of struggle for their economic, legal and social rights, their stories mostly ignored.

Arab women played a major role in the most transformative even in modern Arab history, Arab Spring where they led the protest, demonstration that led to the toppling of political and cultural dictators. Many Arab /Muslim women gave their lives to bring a better future however, western media and world organizations have the habit of focusing only on a hand picked Arab/Muslim women that fit the script. Western media and world NGO turned those chosen women to media and world celebrities, from Malana, to the sexy Kurdish women fighters  who are fighting ISIS to Mona el-Tahawi who thinks Islamists are obsessed with her vagina. “In an interview with the Guardian, she bragged: “They (Islamists) ’re obsessed with my vagina. I tell them: stay outside my vagina, unless I want you in there”, tell that to the billions of dollars porno industry here. Ms. el-Tahawi oversexualizing and  hyperbole, journalistic  style suited only to Tabloid press, made it to our mainstream press. Western media, and feminist groups, are using a litmus test,  a list of  women and cultural issues like sexual harassment, circumcisions, gay right and the other social and cultural vices that determine if women is free or not. Sexual harassment is not an Islamic thing, as we have just found out, it is also a Jewish thing too , as we have just learned from sex predators like Harvey Weinstein, Charley Rose, and even our own senator here in Minnesota; Al Franken. Where their religion never came to question.  #MeToo movement showed us that, the abuse of women has no cultural boundaries. Women through history have been abused by men, in the name of so many things and religion is one of them, in the west women are abused by the name of beauty mystique, and the over-sexualization and objectification of women’s body by the culture of the market place.  Every day and away from western camera and private parties, lots of Arab/Muslims women, are fighting hard for their human and political rights.  The history of their struggle started a long time ago and before the #MeToo movement, The Algerian women played a major role in the struggle against French colonists in Algerian liberation movement where “French attempted to depict themselves as liberators of women, many Algerian women experienced violence perpetrated by the French during the war of liberation.” (Amrane 1982, 127). Americans used the same as a pretext to invade another Muslim country in Afghanistan. Political harassment lead to all sort of harassments. On March 9th, 2011, during Egyptian revolution, one day after International Women’s Day, Egyptians securities,  led then by none other than Egyptian President Abed el-Fattah elSisi,  where his militia performed the most barbaric shameful act of Forced Virginity Test, (FVT) on young Egyptian women at Tahrir Square, young women like Jihan Ahmed (26) and Rasha Abdelrahan (27) whom I met in Egypt and I interviewed. “ It is the day that I lost any respect of our Military” Rasha told me. Lots of shocking images came from Tahrir Square, but nothing was as shocking as what then coined The “Girl In Blue Bra”  , as NPR reported it at the time..” A veiled young woman is dragged and beaten by Egyptian military during a protest in Cairo’s Tahrir Square. Her face is covered. Her torso is bare, except for her bright-blue bra; she’s a millisecond away from being kicked by a solider.” A woman like Shimaa el-Sbbagh, Cairo Rose, who was shot by President elSisi militia for carrying wreath of flowers to commemorate the revolution in Tahrir Square. However the New York Times couldn’t contain its feminist view and not her political stand against oppression. “Ms. Sabbagh grew up in a conservative Muslim household but rebelled against its traditions, her friends said, and her father, a Muslim preacher who died a few years ago, grew resigned to her independence.” The Times explained.  There are more to Arab/Muslim women struggle than securing the sovereignty of Mona elTahawi’s vagina, that got the attention of The Guardian, New York Times and Foreign Policy    . Malala, a young Afghani woman who was tragically shot in the head by a Taliban man, became the poster child of oppressed Muslim woman, won the Nobel Peace Prize and continually in the western spotlight, won the Nobel Peace Prize and spoke at the UN, and visited the White House. She wrote books, made movies, and even met President Obama and the Queen of England. In addition, she made Time Magazine’s edition of the 100 most influential people. There is even a Malala Day. Whereas, the young Palestinian Ahed wasn’t as lucky, we don’t see #ImAhed #JeSuisAhed or #MeToo outrages or support groups from the usual suspects. Feminist groups are strangely silent,. Not even a whisper of a protest from Malala herself, the champions of young women’s education rights look the other way. Only certain Arab/Muslim women will make the cut, to western consciousness, get attention, praises and glorifying coverage in the western media. Their women stories fit the post-9/11 Western narrative about Islam and Muslims, oppressed Muslim women by Muslims extremists and Jihadists. Others Arab/Muslim women stories, who are fighting daily for their rights go unnoticed. Arab/Muslim women; writers, journalists, and political activists, people like Yamani political activist, Tawahhol Karman, author and activity like Zainab Salabi, Algerian Novelist, Ahlam Mostaghanami their stories don’t reinforce the western narrative of Arab/Muslim women, their stories needed to be told, they need our support, and our encouragement today, especially the International Women’s Day.