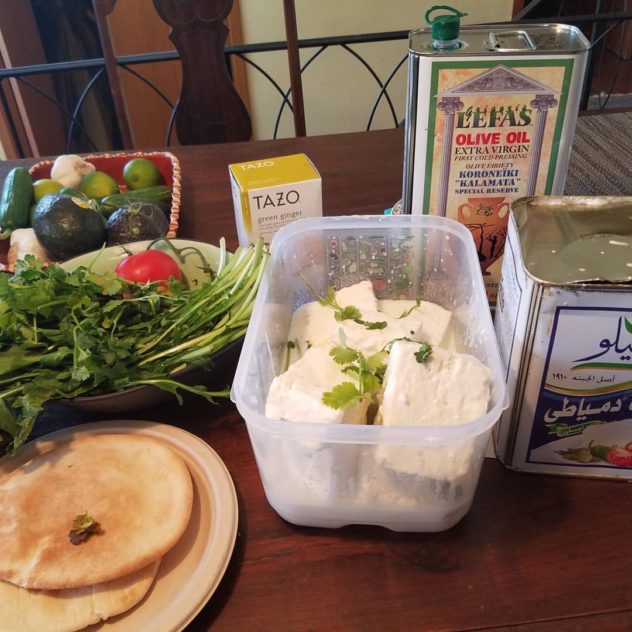 Donald Trump our new Czar, the political ISIS of American politics, the one who beheaded more than a dozen career politicians on national TV during GOP debates. In his crusade against Muslims and Islam, the leader of the civilized world, replacing the leader of the free world, called for “a complete and total shutdown of Muslims entering the United States until our country’s representatives can figure out what the hell is going on.”

As he is now running the country, he came up with an unhinged, uncooked Executive Order to ban people from seven countries with a majority Muslim population. Watching Donald Trump vilifying our community is heartbreaking and unsettling for millions of Muslims. His erratic orders have caused huge chaos and disruption to thousands of families in our communities, but how though will this Muslim ban affect my gastronomy in America?!

Banning people from Muslim-Majority countries could have a tragic effect, especially on my breakfast, my comfort food. Breakfast is the only meal of the day that I truly enjoy and where I celebrate my ethnic identity without fear of any cuisine intruders. My beloved feta cheese and pastry from Syria, my Tandoori bread from Iraq, the bread that gives me a sense of security that only a dictator gives his subjects, big and bold, it is the best thing that has happened to America since sliced bread. My Iranian Soltani Kabab plate, especially at a Caspian restaurant, a plate that gives you the sense of royalty and respect that you deserve. A place where the unlimited stream of Cardamom tea washes away all your worries.

I admire the no nonsense Mullah food that Iranian cuisine provides, no pretense

, you don’t waste your time on overrated bragging foods, like vegetables or soups. Mullahs, when it comes to eating, are as extreme as their religious convictions, they go for the kill, mainly pure meat and rice. The Syrian cuisine brings pastries that dominated Middle Eastern food culture for centuries, the sweetness of Baklava, and Konafa, as sweets as their women’s smiles, the sizzling of Loukmaddi, honey-puffs. There is something cosmopolitan about the Syrian food and manners that Syrians and their refugees are now spreading all over the world.

The Somali cuisine introduces you to a new world, one of simplicity and sharing, a communal eating experience, all food dishes put on their spongy Anjero flat bread for everyone to share with their hands. You get intimate with Somali food. The deep fried Sambusa that surprises you every time with a taste of meat or veggie filling. Watching Somali families at Marhaba (welcome) restaurant and Marina restaurant, is a comprehensive cultural experience. Families are dressed up and prepped for the occasion, kids running and giggling in the most secure dining experience you can find.

Visiting the Karmel Somali market in the Lake Street area takes you to a place that is far and dear, where goods and products bleed out of the shops into each other. There it is hard to know which shop you are in or who is the owner and who is the customer. It is a place of collective commerce where the sense of private ownership is overrated, owners roaming around leaving their shops unattended, forcing visitors and shoppers to mingle inside the mall and socialize. There is no brand to follow except your culture vibe, there are no bags to carry; shopping without being consumed. At the Somali Mall there are no price tags, no for sale signs, only social pricing where people pay according to their ability and needs. During praying time, shop owners desert their shops for prayer. I asked one shopkeeper, how much is this scarf; $20 she replied. “How about $15?”, she agreed. I tried to give her the money. “I’m not the owner, the owner is at the neighboring shop.

The Iraqi restaurant that I visit in North East, where they make the bread in Tandoor/Tannoor oven in front of you, is something every Subway should be proud of. The proud young baker tells stories about his tragic journey leaving Iraq, the thousands of miles he walked across the desert to get to the border of neighboring Jordan. A restaurant where transgender bathrooms have never been discussed, as they only have one bathroom for men. “Why don’t you have a bathroom for women?” I asked. “We don’t get women here very often,” he explained with a shy smile.

Palestinians are, for all practical purposes, banned, since Hamas is characterized as a terrorist organization. Our beloved Hummus is now condemned to the same fate. Palestinian refugees are demonized and marginalized, so there will be no influx of Palestinian refugees any time soon. The Palestinian entrepreneurial spirt at the Holy land supermarket, the Basha restaurant and Tahini Authentic Falafel and Shawarma have been enriching our lives for years.

The Libyan and Sudanese haven’t even had the chance to bring their culture to my table. Anyway, those countries bring more love and peace to the table than Trump does. They bring peaceful comfortable food, while Trump’s racism, misogyny and Islamophobia bring a bad taste to your mouth.