Two major events in recent days are spoiling the Arab revolution.
First, last Friday, the British launched their 24/7 live fairy-tale royal wedding.
Friday has become the chosen day for Arab dissidents to deliver their loudest revolutionary messages to their dictators, after Friday prayer gatherings. Following that pattern, millions have marched to topple dictators, in Tahrir Square and on other Arab streets.
But last Friday images of these brave revolutionaries were replaced by images of millions of Brits marching in the streets to Buckingham Palace to get a glimpse of royalty.
Then, on Sunday, came the mission accomplished announcement by our robotic Commander in Chief of the killing of Osama Bin Laden and the throwing of his body into the sea — savagely, I may add.
This, too, interrupted the world’s focus on the history being made in the Arab world, the people’s revolution sweeping through Tunisia, Egypt, Yemen, Syria, Libya, Bahrain, and elsewhere, inspiring people around the world and even here in the U.S.
“It’s important to note that it is most fitting that Bin Laden’s death comes at a time of great movement toward freedom and democracy that is sweeping the Arab world,” Obama’s national security aide told the New York Times.
Obama himself has shown admiration for the Egyptian revolution and admitted Americans can learn something from it.
The Arab Spring revolution has offered a new narrative for Arabs and Muslims, a contrast with what Al-Qaida has offered. and Bin Laden is nothing but the Che” Guevara of disgruntled Muslims, and the symbol of Al-Qaida stand against the Americans.
I’m not sure whether the euphoria surrounding the royal wedding and the killing of Bin Laden was evident in the Arab world, where they are busy revolting against kings and dictators.
But for most Americans the wonderful images of millions of peaceful Arab demonstrators in Tahrir Square and Arab streets, all chanting one thing to their dictators — “Irhal,” leave — were replaced by images of thousands of Americans who poured into the street, chanting USA! USA!, waving flags, singing the Star-Spangled Banner, all to celebrate the death of Bin Laden.
The celebration of death ritual is, I believe, a sign of declining empire.
“To celebrate the killing of a life, any life, is a failure to honor life’s inherent sanctity,” explained Dr. Pamela Gerloff in Psychology Today.
And why now? If Obama waited two days after the Royal Wedding — “Thanks Mr. Obama for waiting after the wedding and not spoiling the kiss” read an elated Twitter posting — he could have waited a few months for the Arab revolution to finish its job.
Obama gambled his political career on this Rambo operation. He has been eager to please the right wing and angry Tea Party folks, willing to do anything to get them to accept him as fully American
First they forced him to produce his original birth certificate; now he needs to produce Bin Laden’s death certificate before Donald Trump asks for it.
Ahmed Tharwat is a public speaker and hosts the Arab-American show “Belahdan” at 10:30 p.m. Saturdays on Twin Cities Public Television. He blogs at www.ahmediatv.com. 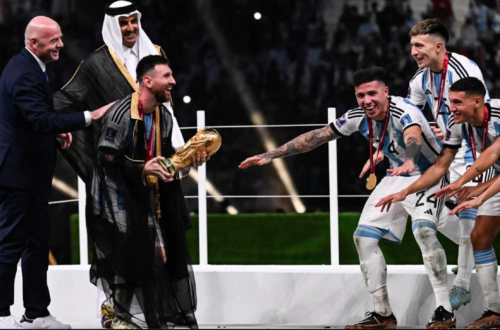