An airplane ride has a different meaning for Arabic-speaking people these days. I was advised not to bring anything metal or ethnic on the plane. I politely declined the airline’s special “helal meal” for Muslims, which includes no pork products. My wife warned me repeatedly that I’d be the target of a “random” search. However, the flight went off without a hitch and I had the good fortune of sitting next to a young Israeli man who seemed polite and cautious; we avoided each other for a few thousand miles until I started playing an Arab movie on my laptop. It could be dangerous nowadays to show any Arabic leanings or artifacts, especially on airplanes.

When we finally started talking, I was surprised that, for the most part, we agreed on lots of things; we weren’t in the usual combative argumentative mode that for years has dominated the Israeli/Palestinian debate. We agreed that, yes, the Jews had gotten a rotten deal in history and they deserved a break, but somehow now the Palestinians were victims of those very same Holocaust victims. We also talked about our families, living in the US, and the Super Bowl; then the subject changed to food, and the fact that he liked the Jewish falafel. This is when the argument ensued.

I was puzzled that Falafel would be associated with a religion. All I know is that Falafel is a regional food, specifically Mediterranean food, made by all the people who live around the sea. You might compare it to spaghetti, which is an Italian food, not a Catholic food; or ouzo is a Greek drink and not an Orthodox Christian drink. So if you were a Jew who happened to lived in the Mediterranean area and you made and ate Falafel, Falafel is still a Mediterranean food, not a Jewish food. A rabbi was asked online what do bagels, lox, pastrami, falafel, garlic pickles, kishka, and kasha have to do with being a Jew. Here is the answer posted online: Those are foods popular in some cultures in which Jews lived, but have zero religious significance. It was reported that the FBI hopping to catch a terrorist in the US, they monitor the consumption of Middle Eastern food and groceries. They believe that the consumption of falafel and other data maybe a better indicator for terrorist activities than homeland security color code waring system. Which some of Arab American now coined FBI for (Falafel Behavior Investigation).

Everyone in the Middle East claims authenticity of their Falafel. Now the Israelis have joined the Falafel fray. Of course, some Jews vehemently argue that everything a Jew does or says is inherently Jewish. Welcome to the Falafel war in the Middle East, as this topic of conversation triggered our reflexive defense mechanisms to the next gear.

Arabs think Falafel originated thousands of years ago on the banks of the Mediterranean, and as Min Liao’s stated in his online piece “Middle East Crisis”, “Israelis say that ancient Jews ate falafel in Egypt and Syria, and tourist brochures proclaim falafel to be “Israel’s national snack”. Upon hearing this, Arabic-speaking people feel as if an important cultural recipe has been stolen and insist on falafel’s romantic Arab roots”.

For Egyptians, who have their own claim on Falafel, the spicy little fried balls have to be made from “Foul” (fava beans not chickpeas like many falafel “wannabes). You could say that Falafel is the most democratic food in Egypt; it is eaten daily on the street by people of all socio-economic classes. It is for most Egyptians like the armor for the American Marines, shielding them from the realities of a harsh daily life; or from any culinary assault, like the one on that flight to Egypt. “Hey, here is the deal, my Israeli friends; you can claim all the Arab land you want but you can’t claim my beloved Falafel!” “Let my Falafel go.”

Producer and Host of the Arab American TV show Belahdan 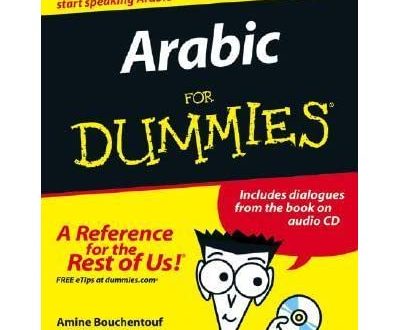