The recent removal and questioning of six Moslem clerics from a Twin Cities’ flight became a front-page, headline news story with several clashing views. From a civil liberties point of view, those imams’ freedom of worship was taken away and they were singled out and publicly humiliated because of either their religious customs, the way they looked, or the use of their native language. From the view of the Americans involved, widely known for their ethnocentric and Islamic-phobic tendencies, the imams “seemed angry,” as a passenger explained in a police statement. The patriotic passenger continued, “The men then chanted ‘Allah, Allah, Allah.’ “They spoke Arabic again.” We have been fighting in Moslem countries for years, we should know by now that Moslem prayer is always in Arabic regardless if any terrorist tendency, and prayers require invoking the phrase “Allahu Akbar’(God is the Greatest) numerous times. Colloquial Arabic is likewise full of expressions like “Inshahallah” (god-willing) and “mashallah” (what god wishes), which are not normally preambles for suicidal acts. Besides, we really are supposed to be a little jolly when speaking with God; he is our creator after all. It does not really matter to me if overzealous passengers or paranoid US Air pilots demonstrated their cultural incompetence on board. But what truly bothers me about this incident is that it appears to me not a clash of civilization or culture, but a clash of stupidity. I appreciate the imams trust in American public judgment and prudence. But from the common sense view, the way those imams behaved and looked at the airport is part of the clash. Any outraged Moslems should be aware that in a post 9/11 Islamic-phobic country, Moslems with huge untrimmed beards should just not pray in the boarding area at an airport. Period. I certainly understand that as Moslems we should be the ones who are extremely cautious about traveling by air with paranoid Americans. As for me, I don’t really care what the First Amendment says or entitles you to, in a post 9/11 Islamic-phobic era, I do not care if the time of prayer was called or not. According to my only imam (my dad), when traveling, a Moslem can always pray all five daily prayers in the comforts of home upon arrival. The prophet followed this guideline even though he was among his own devoted followers, not a suspicious and paranoid airport crowd. You just cannot display that degree of poor judgment as a Moslem, let alone as an imam, whom other Moslems expect to exhibit social prudence. This is an era in which we can assume that Moslems are profiled, some have their phones monitored, and others may be followed or watched when they are praying at mosques, all in the interest of the safety of the flying public. What are you thinking when you pray at the airport itself! I understand that getting drunk at an airport bar before boarding would have been less threatening to lots of passengers. What happened at the airport to those six imams is not a lack of legal rights and a First Amendment issue, this is a lack of common sense and poor judgment issue. Those imams are supposedly teaching us through sermons at every Friday prayer how to behave as a Moslem living in a hostile post 9/11 era. Those six imams biggest blunder was not just praying together at the airport but being there together. Bushra Khan, spokeswoman for CAIR’s Arizona chapter, said, “All these men did was pray, . . . and that scares some people.” Please count me in; I would be too, but not because this type of behavior predisposes a terrorist tendency, but rather a pertinacity of stupidity tendency. In this post 9/11 era, when I travel, I am always clean shaven; I leave my prayer rug and my nail clippers at home along with my feta cheese and cans of fava beans.. I don’t even pray at a mosque, let alone at the airport. My biggest concern is not connecting with god Almighty at the airport, but connecting with my flight. I stay quietly in the waiting area, watching CNN and Fox network news blasting fair and balanced coverage of Moslems around the world. I don’t ask for special “halal” meals on the flight, but just quietly fish out any offending pork that may have found its way into my entrée. And when they ask me to take my shoes off at the airport; I understand it is time for security check and definitely it’s not the time for prayer.
Ahmed Tharwat/ Host and producer
BelAhdan
Arab American TV show
Airs on Public TV
Sundays at 10:30pm
www.belahdan.com 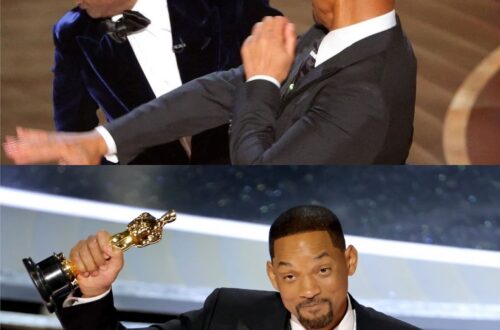