Tear down this settlements wall

Many Americans are currently affixed to their YouTube and TV sets desperately trying to figure out which presidential candidate will inspire them to hope, watching staged debates and manufactured emotion that allows each candidate to define his/her version of real hope. Away from all this political hope business, the incumbent president himself, President Bush – the one who for more than seven years has taken the American people into a post 9/11 bunker mentality devoid of any hope – went to visit the Middle East to give the peace process and the Palestinian people some hope. President Bush the champion of outsourcing our democratic project ended his visit dancing with the most undemocratic leader in the area, Saudi king not to ask him for more democracy but for more oil for the American people instead. Sounds familiar. This strategy has become part of the American political landscape: to use the Middle East as a last resort and refuge for desperate presidents to escape their domestic crises and/or their irrelevance. In the seventies, an embattled President Nixon went to the Middle East during the Watergate crisis, Carter tried it during his misery index era, and Clinton visited the area for a last gasp attempt for peace to build some kind of legacy after Monica-gate. All domestically ineffective American presidents head to the Middle East to promise the people of this besieged area what they couldn’t deliver to the American people at home: real hope. So what is it about the Middle East that makes it not just a magnetic place to satisfy the Americans’ insatiable appetite for oil, but also a place where American presidents escape their disastrous domestic demise? Will it work this time? Based on a recent poll conducted by Aljazeera.com, most people in the area (85%) think President Bush visit wouldn’t make any difference, the majority of the Arab street look at President Bush’s visit as nothing but another desperate attempt to divert attention from his incompetent presidency domestically and internationally, and to use his visit to isolate Iran in the area. President Bush went to tell Arab leaders that as the New Your Time columnist Maureen Dowd reported “Israel is good Iran is bad”. But the Arabs may fear the Iranians because of their old hatred history, but they fear Israeli more because of their present hatred. In his attempt to give peace a jumpstart before he levees office, the master of lowering expectations himself, warned us not to look for a major breakthrough. Can the decider president who couldn’t get the democratic and republicans to talk to each other, get the Israelis and Palestinians to talk to each other and have real peace; now with the unconditional American support to Israel all these years, regardless of who is at the political helm, and President Bush’s mantra being the so called war on terrorism, he is disqualified from being an effective peace broker in the Middle East. As a Palestinian official from Ram Allah announced on the Arab network Al Jazeera, “what can we expect from a country that has vetoed the UN more than 40 times to defend the Zionist state occupation and its aggression against the Palestinian people?” So is there any hope for President Bush’s latest visit to the Middle East to salvage any legacy for himself? That remains to be seen, but I wouldn’t mortgage your house on it, as there is very little hope and legacy to spread around these days. President Bush doesn’t have the personal and political conviction of president Reagan that stood up against the Soviet Unions aggression to tell the Israelis to “tear down these settlements wall,” nor the competence and charisma of President Kennedy who one the heard and mind of the besieged Berlin city declaring his new alliance to the Berlinians , and reach out to the Palestinians to say, “Anna Kodsy” – I’m Jerusalemian. Those hopeful Americans leaders are sent to Europe, the Middle East gets the desperate ones.

Born and raised in Egypt in a family of 8 children.
I immigrated to the US when I was 25 year old.
I have been teaching and consulting in Multicultural marketing for more than 20 years. I have been producing and hosting the only Arab American TV program in the Midwest This weekly TV program is a vehicle to strengthen our multi-cultures relationship in the community. I have written for Slate magazine, public radio (All things considered) Pioneer Press and StarTribune, a winner of the community columnist 2000 award.
As a hyphenated American, I helplessly tray to bring the irony of living to my readers and viewers. 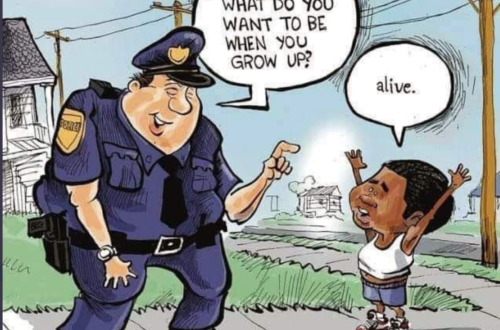