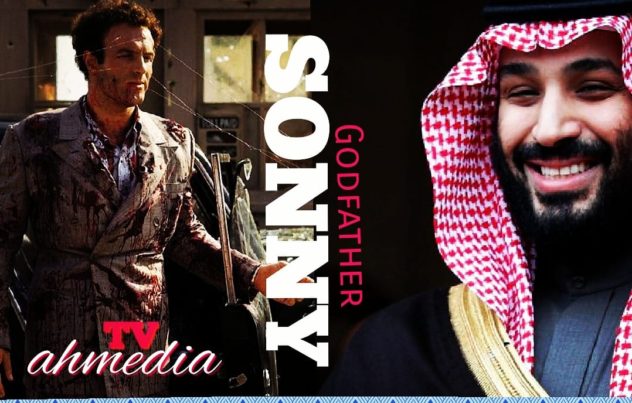 Everyone knows by now, unless you live in Saudi Arabia, that Washington Post writer and Saudi citizen Jamal Khashoggi was kidnapped, interrogated, and tortured, dismembered inside the Saudi consulate in Turkey in the presence of the Saudi consulate himself. The horrible fate of Mr. Khashoggi was undertaken ‘mafia style’, taken directly from the Corleone family’s bloody playbook.

The killing of Mr. Khashoggi, reported was on the order of the highest level of the Saudi family. Which probably means MBS himself who, after taking power from his ailing father, is running the Royal Saudi family as the hard-headed Sonny of the Corleone family,

MBS, the darling of the west, was featured on the front page of Time Magazine, paraded on 60 Minutes and the New York Times as the modern progressive Prince who will transform not just Saudi Arabia but the whole Muslim world. Here is the New York pundit, , Thomas Friedman bringing us his prophesy of reforms in Saudi Arabia under MBS, the new Godfather of the Royal family: “Unlike the other Arab Springs — all of which emerged bottom up and failed miserably, except in Tunisia — this one is led from the top down by the country’s 32-year-old Crown Prince, Mohammad bin Salman.”, as usual a racist and a naïve conclusion (Arabs need a king/dictator to lead them to democracy) the man with big ideas himself.

The savage killing of Jamal Khashoggi is getting a lot of world attention, overshadowing the Saudi killing and dismemberment of the people of Yemen. Mr. Khashoggi, as has been widely reported, was a Washington Post columnist, a champion of real democratic change in Said Arabia, other than just allowing women to drive and watch movies in theatres. Mr. Khashoggi was a loyal insider to the ‘medieval’ Kingdom, he worked behind the scenes in Saudis embassies in New York, London and elsewhere. He also worked with the Saudi intelligence and knew how the Saudi Kingdom worked. However, he violated the Corleone family ethos, “never go against the family business.” For MBS, Mr. Khashoggi just knew too much to be alive, too risky. Mr. Khashoggi was lured by the Saudi intelligence service into the Saudi Consulate in Istanbul to get some paper needed to marry his Turkish fiancé who waited for him outside for hours. Mr. Khashoggi, who is of Turkish heritage himself, according to Turkish security, was killed in seven minutes by a bone saw that was smuggled into the Saudi consulate. According also to Turkish intelligence, the head of forensics specialist was listening to music as he was dismembering Khashoggi’s body and recommended it to everyone in the room. Which makes ISIS monsters plush.

This is not the first time MBS has acted like a mafia thug, the Lebanese Prime Minister Saad Hariri, during a visit to Saudi Arabia, was kidnapped. According to the New York Times “Mr. Hariri, long an ally of the Saudi, dressed that morning in jeans and T-shirt, thinking he was going camping in the desert with Crown Prince, Mohammad bin Salman … but instead he was stripped of his cellphones, separated from all but one of his usual cluster of bodyguards, and shoved and insulted by Saudi security officers.” Turning  Ritz hotel to a very expensive prison for rich Saudi businessmen, till they pay billions of dollars bounty.

With the spread of globalization and hyper capitalism across the world it now appears to be a ‘mafia’ culture controlling world politics, heads of state acting like thugs and killers. This is not an Arab/Islamic thing however, it is happening all over the world. We are still talking about Ayatollah Khomeini’s religious fatwa on the head of Indian British writer Salman Rushdie for publishing his book The Satanic Verses. Thirty years later Mr. Rushdie is the only one now talking about the fatwa on his book tours. However, when Presidents Bush and Obama sent drones with their nationalistic fatwa to kill and assassinate anyone whom they thought deserved to die in the Middle East, we celebrated it, thousands killed with no due process, no investigation or assurance that they really deserved to die. President Obama’s biggest fatwa was on May, 1st, 2011, when he ordered and gleefully watched live with his advisors, including Hillary Clinton, American Navy Seals kill Osama Bin Laden, a non-combatant citizen, while watching TV in his own home in Pakistan, violating not only international law but our own law. According to the Times, it took the effort of four lawyers to justify the killing of Osama Bin Laden. Here is how it was celebrated on the White House website: “The bravery of these men, the justice they delivered, and the legacy they leave behind- that will be remembered by all of us.”

BuzzFeed, reported today that American mercenaries are hired to assassinate politicians in the Middle East. The idea that Arab dictators are emboldened in the time of Trump is over simplistic and naïve. Trump says on golf courses and twitter what other American Presidents say in closed rooms. Arab dictators were emboldened long before Trump.

Egypt is run now by the “fucking killer” according to Trump. Abdel Fattah el-Sisi, after a military coup, he committed the biggest massacre in Egyptian history, President Obama then looking the other way. Under General el-Sisi there are lots of forced disappearances, mass executions and imprisonment of political opposition, including my 17 year old nephew.

Giulio Regeni, an Italian citizen, was kidnapped by el-Sisi’s security forces, tortured and killed. Here is how the Guardian explained the mafia killing style: “He (Giulio Regeni) was burned, beaten and mutilated in a murder that bears all the hallmarks of Egypt’s security forces.” Italy looked the other way, Chinese Kidnapped the head of Interpol, Israel has been kidnapping and assassinating Palestinian activists and leaders all over the world for years. We either celebrate or at best look the other way.

American policy in the Middle East has been void of any principles or even common sense. Specially with Saudi since the beginning, the policy was: we protect you for your Oil. American support of Arab dictators, while oppressing and violating human rights of their own people, eliminating any trace of democratic institutes, we look the other way. “We would be punishing ourselves” by cancelling arms sales to Saudi Arabia over the disappearance of Saudi journalist Jamal Khashoggi explained Donald Trump.

The Saudis, who appear to have been caught with their robes down, are now looking for a way out based on how much money they are willing to pay Trump. According to the Times, Saudis have already wired $100 million as Secretary of State Mike Pompeo landed in Saudi Arabia to cook a very expensive exit strategy. CNN just reported the first step of the plan: “The Saudis are preparing a report that admits Washington Post columnist Jamal Khashoggi died during an ‘interrogation that went wrong,’”… horribly wrong, but what could have happened during an interrogation that lasted only seven minutes? Nobody saw it coming. 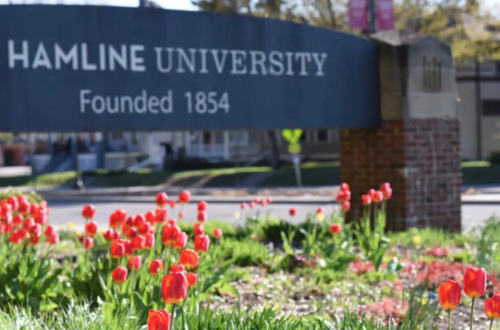